film The Nightengale: When Rape Onscreen Is Directed by a Woman

“The Nightingale,” from Jennifer Kent, looks at the effects of sexual assault in 1820s Tasmania. Critics say it is too graphic; defenders say it reflects historical truths. 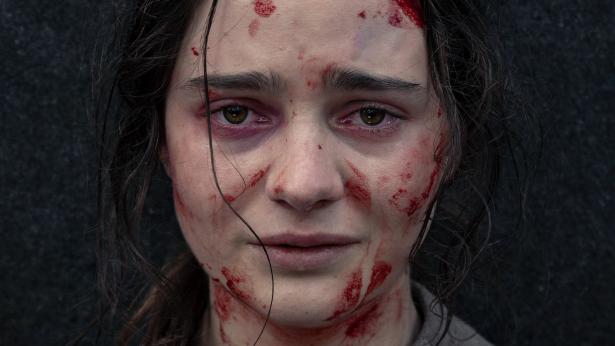 The word came sailing out of a man’s mouth after a screening of Jennifer Kent’s latest movie, “The Nightingale,” at the Venice Film Festival last year. At first Kent thought the livid viewer must be joking: The heroine of “The Nightingale,” an Irish convict in 1820s Tasmania, is called a whore by her tormentors all through the film.

But the man wasn’t joking; he had hollered other angry phrases like “Shame on you!” He turned out to be a journalist and later apologized, and though the festival responded by revoking his credentials, the vitriol directed at Kent and her movie proved a harbinger of reactions to come.

In June, the film made headlines again, after a few dozen people walked out of showings at the Sydney Film Festival, one incensed woman shouting about the film’s portrayal of rape. Others took to Twitter to condemn the brutality borne onscreen by Aboriginal people.

Kent, the auteur of the spooky 2014 breakout hit “The Babadook,” struggled with the reactions as well as the media’s coverage, which she said distorted how Australians received the film. The Sydney Film Festival had added an extra screening to meet heightened ticket demands, critics variously described it as harrowing but essential viewing, and an audience had given it a standing ovationmonths earlier in Adelaide.

The controversy raised questions about how stories involving rape should be told — and by whom. While depictions of rape onscreen have unleashed storms of criticism in recent years, the debates were about stories almost exclusively created and directed by men. Was Paul Verhoeven’s 2016 feature, “Elle,” starring Isabelle Huppert as a rape victim who becomes attracted to her attacker, misogynistic or feminist? Were the numerous sexual assaults in “Game of Thrones” gratuitous at best? “The Nightingale” was also set in time and place that historians describe as even more grim than the world Kent created onscreen, and several critics praised the film as a rare example of horrific violence done right.

“One way to look at the world is, ‘If I turn away from all the suffering, it doesn’t exist,’” Kent said in a recent Skype interview from her home in Brisbane, Australia. “The other way is to look at it boldly in the face, and let it into your head, and see how it feels, and be motivated to be a more loving, compassionate person.”

In “The Nightingale,” the convict Clare, played by Aisling Franciosi (Lyanna Stark in “Game of Thrones”) sets out into the unforgiving Tasmanian wilderness to avenge atrocities committed against her and her family by an English officer, played by Sam Claflin (the “Hunger Games” films), and his underlings. She is accompanied by an Aboriginal tracker named Billy, played by the first-time actor Baykali Ganambarr, whose performance earned the best new talent award in Venice.

The film has been broadly characterized as a revenge tale, but it is more nuanced than that. Revenge tales typically have a catharsis. “The Nightingale” looks at what happens after revenge is exacted, and the toll it takes when you try to rid yourself of pain by inflicting it on others. Kent latched onto these themes in response to a modern-day world filled with outrage and lashing out.

“I wanted to see what are the other options,” she said, “because clearly we’re going to end our humanity if we choose revenge as an option continuously.”

The idea of the story started small, decades ago, when Kent visited Tasmania, off Australia’s southeastern coast, with her first serious boyfriend.

Tasmania is wildly different from the mainland’s vast bushland swaths. It is colder and greener, more like Scotland or Ireland, and, in Kent’s view, suffused with a deep sadness that she wanted to probe.

In the 1800s, female convicts were sent by the shipload to the island, then known as Van Diemen’s Land, usually for far lesser crimes than men. Men also outnumbered them nine to one. Visiting a former prison, Kent saw the cold, dark solitary cells where women were confined, in total sensory deprivation, for weeks at time. She learned that after their release, some women deliberately committed crimes to be sent right back in.

“So of course my mind was thinking, ‘What on earth was it that was worse than that, that made them want to flee and return to the darkness?’” Kent said.

Kent worked as an actress and acting teacher for years before turning to filmmaking. After serving as a production assistant on Lars von Trier’s “Dogville,” she made a short film, “Monster” (2005), that she developed into a feature, “The Babadook,” about a widowed mother contending with a demon that has sprung from the pages of her son’s picture book. Though it made just $10 million worldwide, it put Kent on the map not only as a director, but also as an artist who could plumb the recesses of female fury.

“Women’s rage is immense, and there’s an ocean of it,” she said. “It’s not hard, being a woman, to find reasons to have rage.”

To ensure the veracity of “The Nightingale,” she asked Jim Everett, a Tasmanian, Aboriginal elder, playwright and activist, to serve as an adviser. He initially said he had no time, but then read the script and couldn’t say no.

“People are realizing this country has a history that has been hidden from it, a history that a lot of people won’t accept,” Everett said, speaking by phone from Tasmania. “They can’t say it’s not there because it’s in the records. This is a discussion that Australia needs to have.”

Everett advised Kent on the body paint, clothes and shell necklaces worn by the Indigenous Australian actors, as well as their ceremonies, customs and language. One criticism lobbed at the film was that it was a white empowerment tale propped up by crueltiesinflicted on black bodies. Yet Kristyn Harman, an author and professor of Aboriginal history at the University of Tasmania, described British colonial tactics against the Indigenous Australian people of the time as genocidal.

“Tens of thousands were in fact killed,” she said. “Sometimes people boasted of these killings.”

Coverage of the walkouts at the Sydney Film Festival converged on a single line reportedly shouted by a woman as she left the theater: “She’s already been raped, we don’t need to see it again.” For Kent, there was no way to tell a story about what happened to female convicts in colonial Tasmania without including rape. Deborah Swiss, the author of “The Tin Ticket: The Heroic Journey of Australia’s Convict Women,” said sexual assault was threaded through their lives. “There was horrific discrimination against the Irish,” Swiss said, “and the convict maids lived in a culture of rape and violence.”

Kent said she did not believe in upholding taboos against talking about or depicting sexual violence onscreen.

“Speaking from my perspective, and having done a lot of research, the way is not to sweep things under the carpet,” Kent continued. “If a woman or anyone who has a painful experience and they can talk about it, that’s a miracle. And that’s all I wanted to say with the film. That ultimately we shouldn’t turn away from these things.”

In preparation for her role, Franciosi spent time with sexual assault victims and worked closely with a psychologist on set. During the rape scenes, Kent kept the camera focused closely on the victim’s face; her intent was to make the viewer experience the violence, too. “What you really have to reckon with is, this is a human being,” Franciosi said.

Some of the scenes left the production crew in tears. Ganambarr said he would hear the screams and cower. After production wrapped, Franciosi canceled travel plans and instead stayed home for two months in Dublin, where she dreamed every night that she was still on set and sometimes woke up crying.

When controversy about the film first swirled, Franciosi took to Twitter in the director’s defense, expressing what both she and Kent would come to believe: that the filmmaker was facing heightened wrath because she was a woman. “Double. Standards.” Franciosi wrote.

At the final, sold-out screening at the Sydney Film Festival, several audience members said they had been drawn in by reports of outraged walkouts at previous showings. This time, though, everyone stayed in their seats. Afterward, several young viewers said the film relayed a version of their country’s history that had never made it into their childhood school books.

“I think it’s a really dark chapter of Australian history that deserves to be read,” said Sarah O’Keefe, 19, a film and communications student at the University of Sydney. She added that she found the violence “graphic but not gratuitous,” and that it was “integral to the plot” and “wholly considerate of the victim.”

“I was shocked, I was confronted, I was horrified,” O’Keefe said. “But I thought it was a fantastic movie.”

Cara Buckley is a culture reporter who covers bias and equity in Hollywood, and was part of a team that won a Pulitzer Prize in 2018 for reporting on workplace sexual harassment. @caraNYT • Facebook