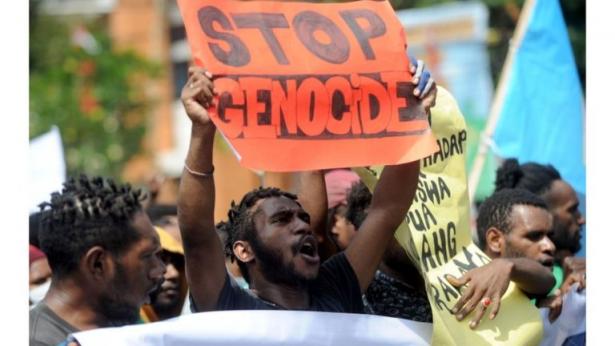 G7 protests turn bloody as climate change demonstrators clash with armed police as hundreds converge on Biarritz before marching from France to Spain.

Jeremy Corbyn has demanded a meeting with the Queen along with other privy councillors to object to Boris Johnson’s move to suspend parliament.

The signing last week of the documents outlining the transition to civilian rule was a moment of national jubilation. But as the ceremony attended by a host of foreign dignitaries unfolded, one thing jumped out: the only female speaker at the three-hour event was the host.

A catalogue of racist taunts aimed at a group of students have sparked violent protests in Indonesia's eastern region of Papua.

The most important thing those who have become allies to the freedom movement can do is to help change the narrative that Kashmir is an “integral part” of India. They also need to dispel the assertion that every uprising in Kashmir is instigated by Pakistan.

Vladimir Putin’s authoritarian regime claims to offer order in place of post-Soviet chaos. Yet the crude repression of opposition demonstrations shows the regime’s fear of the rising popular discontent.

Luciana Castellina, a founder of Il Manifesto, is celebrating her ninetieth birthday. For Luciana, the short twentieth century is truly destined never to end, just as her will, as a communist activist, to change the world has never died.

A New Kind of Internationalism Michelle Chen / In These Times (Chicago)