The National Labor Relations Board is not just changing workplace rules but reversing longstanding precedents. 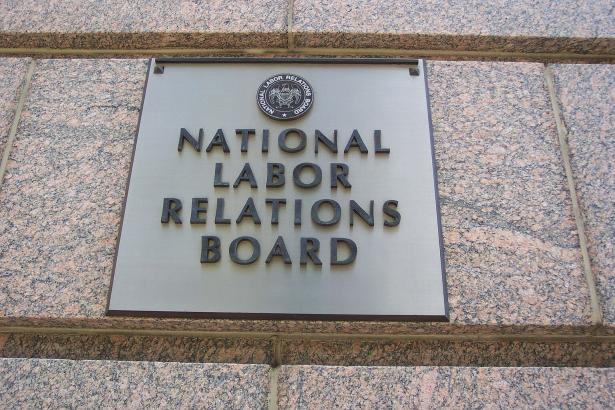 Employee rights advocates say this Labor Day’s family barbecues and union solidarity picnics will take place in the shadow of a Trump administration that has quietly stacked the National Labor Relations Board with anti-labor members. The federal agency is far less well-known than the IRS or EPA, but its five presidential appointees issue rulings with often far-reaching consequences for America’s working men and women. The NLRB was created in 1935 to oversee collective bargaining and protect labor standards; the majority of its current board have worked for years with pro-employer firms or on behalf of industry.

Under the Trump administration, says Henry Willis , a veteran employment rights attorney at Schwartz, Steinsapir, Dohrmann & Sommers, “They are rolling back rights as fast as they can.”

Even before Trump was elected president, labor advocates had long lamented an NLRB process weighted towards employers who have the power of the paycheck and an array of tactics to shut down union organizing drives. A 2009 study, published by the liberal Economic Policy Institute think tank, found that during 57 percent of union election processes, employers threatened to shut down their workplaces; and during 34 percent of those organizing drives, employers fired workers and used one-on-one meetings with employees to threaten them.

Study author Kate Bronfenbrenner, director of labor education research and a senior lecturer at Cornell University’s School of Industrial and Labor Relations, says those numbers have remained steady since 2009.

Moreover, Bronfenbrenner adds, when an administration changes it’s not uncommon for boards to reverse some preceding labor decisions, but that “there’s a different tone to this board in that it is reversing long-held law. Not just changing rules but reversing decisions that had been agreed upon for a long time.”

In other words, the NLRB under Trump represents a tectonic shift in the way the agency has traditionally operated.

Bronfenbrenner cites a recent decision that allows employers to stop bargaining and call for a new union election each time a contract approaches expiration — in effect, inviting company employees to decertify their union. “[Employers] can just say, ‘I no longer believe the union has support, and then there will be an election,” she says. “Employers can do that every single time a contract expires.”

Willis, who litigates on the front lines, ticks off a list illustrating a piece-by-piece dismantling of employee rights.

“The current board has been attacking Obama board decisions on issues such as [establishing] who’s an independent contractor and who’s an employee,” he says, referring to a January 2019 revision of the standard used to determine whether independent contractors are covered by the National Labor Relations Act, which, the NLRB proclaims on its website, was passed by Congress in 1935 “to protect the rights of employees and employers, to encourage collective bargaining, and to curtail certain private sector labor and management practices, and which can harm the general welfare of workers, businesses and the U.S. economy.”

The January decision makes it less likely that the contractors will be given the same rights as employees.

Another 2017 NLRB decision upended the definition of bargaining units. An employer no longer has to recognize or bargain with smaller units within a single work location, forcing a union to do large-scale organizing.

The Obama NLRB strove to proactively extend protections to unorganized shops—where workers are less likely to know their rights. “The Trump board is taking a reactionary approach—pulling back wherever possible,” Willis says.

Currently operating with a vacant seat, the five-member board consists of three Republicans and Obama appointee Lauren McFerran, and it’s set to term out in December. Conservative interests have urged President Trump to wait until McFerran leaves and then to fill the two empty seats to lock in a unanimous pro-employer majority.

Also in the works is a restructuring of the NLRB that would centralize decision-making in Washington and bring decisions now investigated and adjudicated at the regional level under scrutiny there.

Trump general counsel appointee Peter Robb issued a 2017 memo directing NLRB regional offices to submit to his Division of Advice for review cases involving “significant legal issues.” In 2018 Robb announced an intention to reorganize the agency’s 26 regional offices into a smaller number of districts that report directly to Robb—who could then present the issues to the NLRB in a way to give cover to the board to reverse local decisions and create precedent.

“The current general counsel has been trying to shift decision-making power from the regions to D.C. and creating a new layer of administration to give him more control over how the regions handle unfair labor practice charges,” says Willis. “It hasn’t been carried out, but the general counsel certainly has a big foot and brings it down much more frequently these days.”

It’s not all bleak news for labor, however. Unions are now organizing and representing contract workers, including hundreds of thousands of janitors, whether or not the NLRB designates them as employees, says Bronfenbrenner.

She sees the most vibrant aspects today’s labor movement in industries where the majority are women and men and women of color—and notes that those constituencies were largely shunned by organized labor when it was at the height of its strength.

“Organized labor only started getting a move on when their density had gone down below down to 12 percent and that’s a little late. If they had done it when their density was 50 percent or 45 percent, they could have used their bargaining power.”