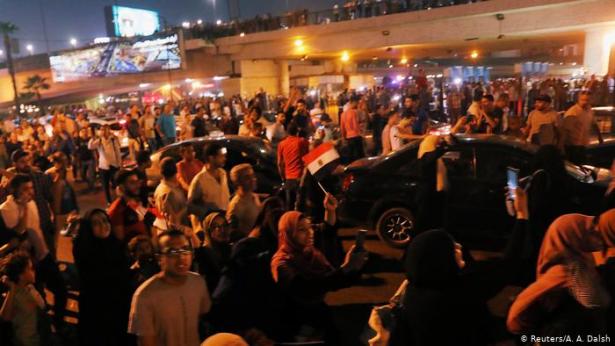 Tahrir Square in Cairo has once more become a focus of protests, photo: Reuters/A. A. Dalsh

___________
Party of the European Left: Program for a Great Transformation

Recently, the draft for a globalisation programme was submitted by the National Board of the Red-Green Alliance/Enhedslisten (Denmark), member of the Party of the European Left (EL), to the party's next Annual Congress on 5 – 6 October.

For the second consecutive week, climate change demonstrators took to the streets across the globe to highlight the growing climate crisis.

A three-week gasoline shortage—caused because the government, which purchases gas on behalf of distributors, owes suppliers $100 million—led to outrage.

Labour’s best hope for victory in a general election, just as it was in 2017, is to get people talking about something besides Brexit.

The Left should take the lead, prepare itself to plough its own furrow and be in it for the long haul (as distinct from falling for short-term and short-sighted “strategic” electoral arrangements/understandings either with opportunist parties or with ideologically right-oriented formations).

Thousands have taken to the streets to demand the resignation of President Abdel Fattah el-Sisi over accusations of corruption.

Havana will again serve as a meeting place for those who defend peace, solidarity, and justice, November 1-3. The event will propitiate debate and interaction around a program of concrete action to condemn the brutal economic, commercial, financial blockade imposed unilaterally by the U.S. government.