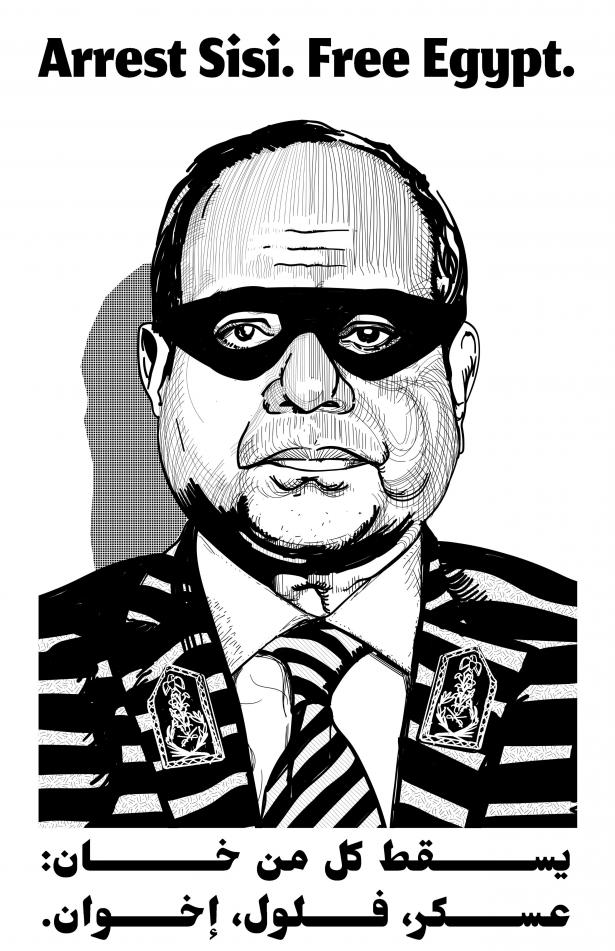 Ganzeer's original image with the words "​Down with the betrayers: the military, [regime] remnants, [Muslim] Brotherhood" in Arabic below,Graphic: Ganzeer/Middle East Eye

A Journalist at the Border

A U.S. passport screening official held a Defense One journalist’s passport until he received an affirmative answer to this repeated question: “You write propaganda, right?”

The 30-second spot paints the president as a victim of Democrats and alleged “media lapdogs” like CNN.

Fox Up a Tree

By Edward Helmore
September 28, 2019
The Guardian

One America: To the Right of Fox News

One America News Network is the more righteously right-than-Fox news choice for the people who find Fox too liberal to take these days. Their calm misinformation campaign sells Trump as a rich, brave hero under siege to viewers aspiring to be like him.

We are interested not only in Apple and the iPhone, but more particularly in the Marxist analysis of the rate of exploitation at play in the production of such sophisticated electronic devices. We need to learn how to measure the rate ofEgypt exploitation to know precisely how much workers deliver into the total social wealth produced each year.

Egypt: A Cartoon Becomes the Face of a Movement

In the illustration, President Abdel Fattah el-Sisi is dressed in a striped jacket and tie, but drawn as a cartoonish cat burglar. The image quickly went viral. Activists and protesters have added their own slogans to the cartoon, as well as printing it out, cutting it up, and turning it into masks, banners and posters.