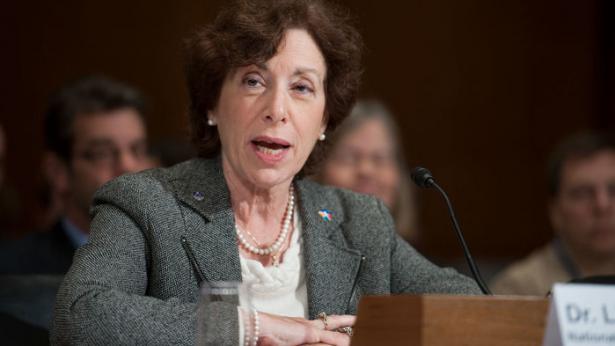 As director of the National Institute of Environmental Health Sciences (NIEHS) in Durham, North Carolina, toxicologist Linda Birnbaum had to navigate numerous controversies about pollution and human health. That’s because the $775 million institute, part of the National Institutes of Health (NIH), often funds or conducts studies that address hot regulatory issues, including where to set air pollution or chemical exposure limits.

But Birnbaum’s life is a bit more relaxed these days. On 3 October, after 40 years as a government scientist, including 10 heading NIEHS, the 72-year-old retired, though retirement is a relative term. She will be pursuing research at the institute as a volunteer and serve on a host of scientific panels.

She recently discussed her career, and what’s next, with ScienceInsider. The interview has been edited for brevity and clarity.

Q: What are you most looking forward to doing that you couldn’t do as the director?

A: I’m looking forward to being able to speak out. I have strongly disagreed with certain things done within the past 2.5 years by the Environmental Protection Agency [EPA, such as] backing down on the decision to ban chlorpyrifos. The science strongly demonstrated that chlorpyrifos and other organophosphate pesticides are associated with an increased risk of learning and memory and behavior problems in children. I found that an extremely disturbing decision.

Q: As you step down, what are some of the key issues facing environmental health research?

Much of our toxicology testing ignored the extreme variability that exists within a population. We’ll often say, “Rats don’t do this,” or “Mice don’t do this,” and that’s based upon studies in one strain of mouse or one strain of rats. There was a study done a couple of years ago called the 1000 Genomes study. They found, looking at toxicity from about 179 different chemicals, that for many chemicals the inherent susceptibility varied by 100- to 200-fold. Those are things we’re just not thinking about as much as we should.

I’ve learned a lot about the importance of human observational studies and how powerful studies can be when you do prospective longitudinal studies. In other words, when you recruit a population, take measures at that time and then you follow that population over time. That can be so insightful into the relationships between exposure and effect.

Q: Those sound like the kinds of studies that the current EPA leadership has targeted for de-emphasis in setting regulatory standards.

A: They absolutely have been. And that’s because those are the studies that demonstrate that some of the substances, which I would like to see regulated, [can have human health effects, but] they don’t want to do it. I think there are some people who are driven more by the dollar sign than they are by concerns for human health.

Q: You have said you plan to continue doing research at the institute. What will you be studying?

A: We’re doing some very exciting work, especially some of the work with these novel PFAS [per- and polyfluoroalkyl substance] chemicals, and their impact on the blood-brain barrier.

I could talk on and on about PFAS. They make dioxin look easy. There are 5000 and the number keeps growing. There are multiple nuclear receptors which can be impacted by PFAS. There are also many other pathways that are affected. Of the thousands of PFAS, really, there’s only a fair amount of data on two of them.

We’re going to have to start asking the question: Does the benefits of having totally stain-resistant carpet overweigh the risk of having increasing blood levels in our population, where we have a wealth of mechanistic animal and now epidemiology studies are showing that adverse effects can occur?

Q: What impact has politics had on research and on scientists at NIEHS in recent years?

A: We’ve been overall pretty fortunate. … One reason I stayed as a director as long as I did was I wanted to protect my institute. I think there’s been a chilling impact on certain kinds of research … [for example] fetal tissue research. [This past June, NIH stopped supporting in-house research using fetal tissue from elective abortions. In September, it imposed  new requirements on non-agency scientists who propose experiments using fetal tissue.] And that despite the benefits from working with fetal tissue, in developing an understanding not only of the mechanisms of development, but [also] understanding how different exposures can alter those mechanisms.

Q: You’ve been a political target. Was there an incident that stands out?

A: Let’s just say there was an attempt to get me fired. …

I think there was an abuse of power, frankly. I edited an issue of PLOS ONE. In the overview of that issue, I commented that science should be used in policy decision-making. And I was accused of lobbying. I’ve spoken to the lawyers. That’s not lobbying. Every person including a government scientist can have a legitimate opinion and say that science should be used to make policy.

In order for them not to push to fire me, they [Department of Health and Human Services leadership] said, “OK, well, we just won’t give her a salary increase.” That was pretty painful. For the next 2 years, 2.5 years, everything I wrote, every talk I gave, every slide I used, had to be cleared.

I kept telling myself, as I was feeling bad about being attacked, that if I weren’t making a difference, they wouldn’t care.

Editor’s note: Asked to comment on Birnbaum’s answer to the last question, NIH told ScienceInsider it does not comment on personnel matters.