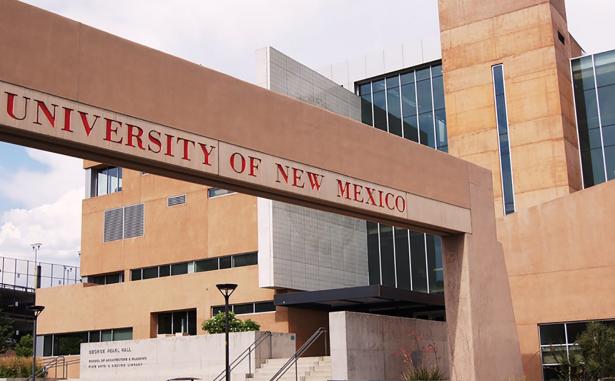 Image for reuse, from RealABQ.com

Several years of rigorous organizing work by hundreds of dedicated University of New Mexico faculty and their supporters paid off on October 18 when they won a landslide vote to unionize.

Nearly 80 percent of the eligible faculty voted. Of that, 70 percent voted to establish two bargaining units that would affiliate with the American Federation of Teachers and the American Association of University Professors. Full-time faculty, which would form one bargaining unit, voted 500 to 305 in favor. Part-time and adjunct faculty would form the other unit, unionizing with an overwhelming 256 to 26 vote.

The great success grew out of a years-long campaign waged by determined UNM faculty members to build interest and support in starting a union among their colleagues. After UNM faculty contacted the AFT and AAUP, union activists traveled to Albuquerque and began to aid the grassroots organizing effort, overcoming the administration’s anti-union resistance.

The impulse to organize came from a faculty that had been pushed to the limit: two decades without a pay raise, charges for basic benefits rising year-after-year, support for academic necessities declining. All of this took place under a series of failed administrations and frequent presidential turnovers. Promised changes never materialized.

Faculty, therefore, took matters into their own hands.

In March, more than 1,000 faculty signed union authorization cards forcing the university to hold an election to determine whether the faculty wanted collective bargaining rights.

Rather than respond to the grievances of the faculty, the university administration went on an anti-union crusade. President Garnett Stokes, who had been on the job for one year, convinced the UNM Board of Regents to retain the services of the law firm Jackson Lewis. Jackson Lewis is known to be the most successful union-busting law firm in the United States.

Jackson Lewis, working with university attorneys, tried to get the petition to unionize dismissed. When that failed, they got the vote delayed from the spring to the fall, hoping to mount an anti-union offensive during the intervening months. That too would fail.

By the time faculty returned for the fall semester, and with the union vote scheduled for Oct. 16-17, the conservative and reactionary nature of the university administration was even more apparent. Over the summer, President Garnett Stokes had negotiated a closer working relationship with the two national laboratories in New Mexico. The agreement facilitates research cooperation and use of students at the institutions where the development of and storage of weapons of mass destruction takes place. Stokes also completed an arrangement with the Central Intelligence Agency to hire an agent to serve as a professor to teach military intelligence classes and recruit students for the CIA. In a recent all-campus message, Stokes emphatically stated that one of her major goals is strengthening the relationship between UNM and the U.S. Army.

With school back in session, the right-wing administration stepped up its efforts to defeat the union. UNM’s new provost, handpicked by Stokes, sent a long, rambling and disjointed email to the entire university stating that unions are antithetical to the university structure. He chose not to present any remedies for resolving faculty issues other than once again asking for patience.

Another aspect of the anti-union campaign came from a large number of science and engineering faculty. They listed a number of unproven reasons for rejecting collective bargaining. They also make higher salaries and receive much more significant research support than their colleagues in the humanities and social sciences.

One of these faculty member’s anti-union sentiments were prominently featured in an op-ed by the right wing Albuquerque Journal. Not long after that, the paper made it’s anti-union stance official in an editorial.

But it was too little, too late. Years of patient faculty-to-faculty organizing work could not be undone by last minute acts of desperation. Faculty, students, sympathizers and some community activists including the PSL were rallying support for unionization up to the final vote which resulted in a blowout. The administration’s union-busters went down in flames. Now the university’s 1,600 full and part-time faculty, spread across five campuses, are unionized!

The election results can be contested until they are certified by the university’s Labor-Management Relations Board, but the mandate is clear. With such a lopsided vote, the university would be playing with fire should they try to appeal.

The next major step will be the negotiating of a collective bargaining contract. This will be another major battle. The administration still retains Jackson Lewis which will have a role in the negotiations.

For now though, momentum clearly resides with UA-UNM.

The vote to unionize is a great victory for all of those involved and all those who worked so hard to give UNM faculty a real voice.