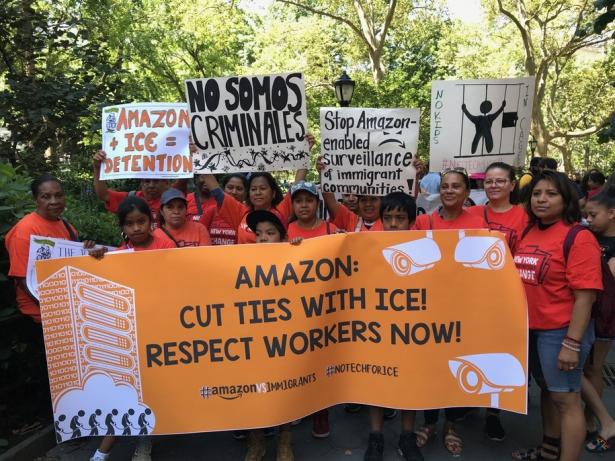 More than 200 employees at the Seattle-based data visualization company Tableau publicly called out their employer for the first time this week, demanding it cut ties with ICE and CBP.

The American Civil Liberties Union sued the Justice Department, the Drug Enforcement Administration and the FBI, arguing that the agencies have secretly implemented a nationwide surveillance technology that threatens Americans’ privacy and civil rights.

Again and again during Trump’s presidency, corporate media have fallen over themselves to find acceptable ways to describe utterly unacceptable behavior, policies and decisions—none more so than the New York Times.

In a first, when Indian Country Today picks up a tribal newspaper’s story, they can not only run it on their own website, but also make it available to the AP and, through them, to the nation’s newspapers.

Dodgy energy deals, loose regulation, and dubious characters—with links to the Hillary Clinton email hackers—are fueling a burgeoning crypto industry that could provide an end run around US sanctions.