Hearst joins an ever-growing number of media organizations that have been unionized in the past several years. But Hearst staffers’ decision to unionize across two-dozen publications will encompass more titles than almost any other U.S. media union. 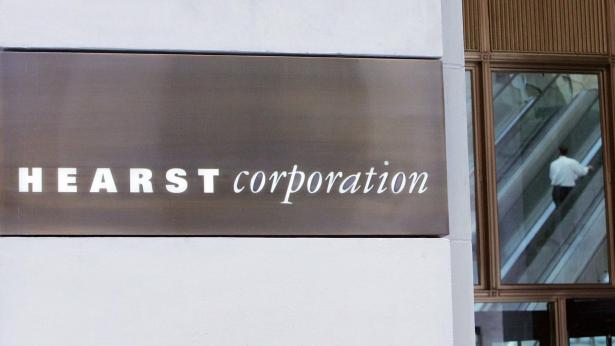 From Cosmo and Road & Track to Esquire and Elle, the new unit will become one of the largest new unions in media., Mario Tama/Getty

Employees at one of America’s oldest major magazine publishers are forming a union, becoming the latest big media organization to join the ranks of organized labor.

Staff at Hearst Magazines announced Monday they plan to form a union with the Writers Guild of America East, encompassing editorial, photo, video, and social-media employees across 24 major properties owned exclusively by the New York-based media company. The unit includes some of its best-known publications, including Esquire, Town & Country, Cosmopolitan, and Elle among others.

“We’re excited to be a part of the labor movement among our peers, and most importantly create a fair and equitable workplace for the future of this industry,” Elle Culture Editor Julie Kosin, one of the union’s organizers, told The Daily Beast.

Hearst joins an ever-growing number of media organizations that have been unionized over the past several years amid continuing tumult in the industry. A number of digital media organizations, including Vox Media, BuzzFeed News, and HuffPost, have formed editorial unions amid dramatic cuts and layoffs—The New York Times reported that in recent years, 2,000 new members have joined unions represented by the WGAE and NewsGuild (which represents editorial employees at publications that include The Daily Beast).

Older print giants have also seen a wave of staff union-organizing efforts. Editorial employees at magazine rival Conde Nast have been unionizing in a piecemeal fashion, with The New Yorker, Pitchfork, and Ars Technica forming their own individual units.

But Hearst staffers’ decision to unionize across two-dozen publications will make its union one of the largest editorial units in the media industry, encompassing more titles than almost any other U.S. media union.

The union’s organizers told The Daily Beast they spent more than a year having conversations with staff across the Hearst publications, quietly building support among 24 brands exclusively owned by the company. The effort paid off. According to organizers, the effort received widespread support across the magazines: The vast majority of the 500-plus editorial employees across the publications signed cards pledging to support the unionization effort.

While recent upheaval in media has spurred a wave of unionization efforts, Hearst organizers emphasized their effort was geared more toward achieving goals shared by editorial employees across the company. In a memo released Monday, the organizing committee singled out diversity, transparency, compensation, and editorial standards as several key issues the union hopes to take up with management.

“We hope to achieve the same rights as those employees to collectively bargain for a more equitable workplace, so that we can continue to produce the best content possible, and carry Hearst forward as a standard of integrity, character, honesty, and fairness within the media landscape,” the union said.

Harper’s Bazaar staffer Olivia Fleming, another organizer, said Hearst editorial employees believed strongly that many of the issues facing each individual publication were shared by the company as a whole.

“The issues we want to address as a union are universal and aren’t subject to brand by brand,” Fleming told The Daily Beast. “Around overarching themes of transparency, diversity, having a seat at the table. I think those are issues that extend from Road & Track to Cosmo to Elle to Bazaar to Men’s Health.”

Hearst’s unionization efforts also come amid increasing consolidation in magazine publishing as many remaining outfits struggle with stagnating and decreasing print advertising revenue and print subscriptions. Magazine giants like Meredith and Conde Nast have slashed jobs and put a number of marquee titles on the market. New York magazine merged with Vox Media earlier this year, and Hearst itself absorbed family-owned magazine publisher Rodale in 2017, adding Men’s Health and Runner’s World to the company’s portfolio.