'The Insect Apocalypse' and How We Can Stop It 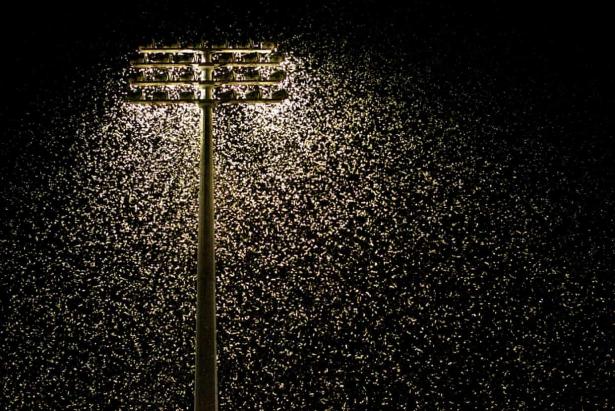 Light pollution is a significant but overlooked driver of the rapid decline of insect populations, according to the most comprehensive review of the scientific evidence to date.

Artificial light at night can affect every aspect of insects’ lives, the researchers said, from luring moths to their deaths around bulbs, to spotlighting insect prey for rats and toads, to obscuring the mating signals of fireflies.

Light pollution affects dung beetles, which use starlight to navigate. “For us, light pollution is a shame as we can’t see the night stars, but for a beetle it is literally life and death,” said Brett Seymoure.

However, unlike other drivers of decline, light pollution was relatively easy to prevent, the team said, by switching off unnecessary lights and using proper shades. “Doing so could greatly reduce insect losses immediately,” they said.

Brett Seymoure, a behavioural ecologist at Washington University in St Louis and senior author of the review, said: “Artificial light at night is human-caused lighting – ranging from streetlights to gas flares from oil extraction. It can affect insects in pretty much every imaginable part of their lives.” 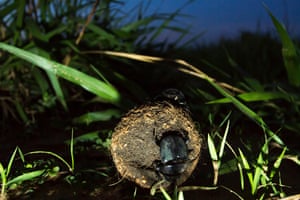 Insect population collapses have been reported in Germany and Puerto Rico, and the first global scientific review, published in February, said widespread declines threatened to cause a “catastrophic collapse of nature’s ecosystems”.

The latest review says: “Insects around the world are rapidly declining. Their absence would have devastating consequences for life on this planet.”

There are thought to be millions of insect species, most still unknown to science, and about half are nocturnal. Those active in the day may also be disturbed by light at night when they are at rest.

The corn earworm moth stops mating if light levels are above the illumination provided by a quarter moon at night.

The analysis, published in the journal Biological Conservation, notes that light has long been used deliberately by farmers to suppress insects. But as human infrastructure has expanded, and the cost of lighting has fallen, light pollution has come to affect a quarter of the world’s land surface.

The most familiar impact of light pollution is moths flapping around a bulb, mistaking it for the moon. One-third of insects trapped in the orbit of such lights die before morning, according to work cited in the review, either through exhaustion or being eaten.

A privet hawk moth in flight at night in Hungary Photograph: Blickwinkel/Alamy

Recent research in the UK found greater losses of moths at light-polluted sites than dark ones. Vehicle headlights pose a deadly moving hazard, and this fatal attraction has been estimated to result in 100 billion insect deaths per summer in Germany.

Artificial light also hinders insects finding a mate in some species, the review found, most obviously in firefly beetles, which exchange bioluminescent signals during courtship.

Some insects use the polarisation of light to find the water they need to breed, as light waves line up after reflecting from a smooth surface. But artificial light can scupper this. “Mayflies live for only one day, so they come out and look for polarised light. They find it – but from asphalt – lay their eggs there, and they all die. That’s a good way to knock out an entire population in 24 hours.”

The development of juvenile insects, such as field crickets, also has been shown to be affected by light pollution, which changes the perceived length of the day and night.

Insects are important prey for many species, but light pollution can tip the balance in favour of the predator if it traps insects around lights. Spiders, bats, rats, shorebirds, geckos and cane toads have all been found feeding around artificial lights. Such increases in predation risk was likely to cause the rapid extinction of affected species, the researchers said.

The researchers said light pollution is particularly hard for insects to deal with. Most human-caused threats to insects have natural analogues, such as climate change and invasive species, meaning some adaptation may take place. But the daily cycle of light and dark had remained constant for all of evolutionary time, they said.

However, light pollution was the easiest of all the threats to insects to deal with, Seymoure said. “Once you turn off a light, it is gone. You don’t have to go and clean up, like you do with most pollutants. I am not saying we need to get rid of light at night, I think we just need to use it wisely.” 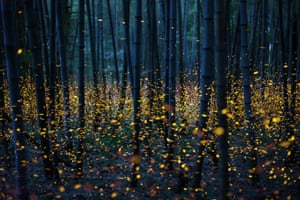 Simply turning off lights that are not needed is the most obvious action, he said, while making lights motion-activated also cuts light pollution. Shading lights so only the area needed is illuminated is important, as is avoiding blue-white lights, which interfere with daily rhythms. LED lights also offer hope as they can be easily tuned to avoid harmful colours and flicker rates.

Warning colours that deter deter predators, such as those of Heliconius butterflies, can be obscured by light pollution, while unnatural colours of light have been shown to prevent parasitic wasps finding their victims.

“The evidence that light pollution has profound and serious impacts on ecosystems is overwhelmingly strong,” said Matt Shardlow, the chief executive of the conservation charity Buglife. “It is imperative that society now takes substantial steps to make the environment safer for insects.

“A national light-reduction target, enforceable in law, would be the most appropriate next step.” He said new UK government light-pollution guidance failed to take into account the insect decline crisis.

Prof Nigel Raine, a pollination expert at Guelph University in Canada who is not involved in the review, said: “Light pollution could have significant ramifications at the insect population, species or community level.”

He said more attention should be paid to the issue by scientists: “But it might be too soon to say the impacts are as significant as other stressors.”

Seymoure’s team said there had not been more research on light pollution and insects because of diurnal bias – a preference among ecologists for studying daytime phenomena.

Damian Carrington is Environment editor of The Guardian. @dpcarrington