How Did Plants Conquer Land? These Humble Algae Hold Clues 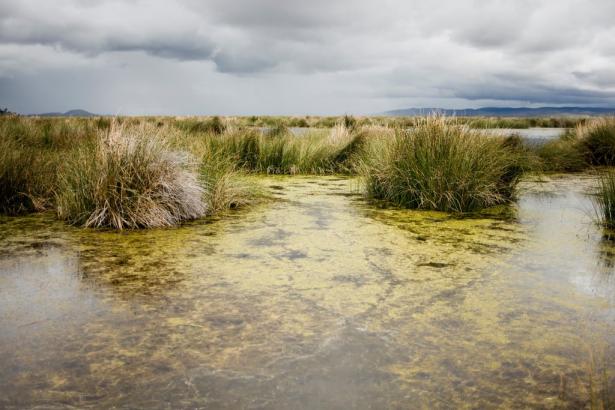 The early era of plant evolution is not well documented by fossils, so researchers have turned to living organisms for hints as to how plants arrived on land., Manuel Seoane/Reuters

If you’ve ever noticed a slimy film of algae on a rock, chances are you didn’t pay it much attention. But some of these overlooked species hold clues to one of the greatest mysteries of evolution, scientists have found: how plants arrived on land.

On Thursday, researchers published the genomes of two algae that are among the closest known living relatives of land plants. They already had some of the key genes that plants would need to thrive on dry land.

Intriguingly, the authors of the new study find that the forerunners of plants gained some of their ability to survive on land by grabbing genes from other species — specifically, from bacteria.

Already, other researchers are planning how they will use the new genomes to run experiments of their own. “The paper represents a milestone for the field of early plant evolution,” said Jan de Vries, a plant biologist at the University of Göttingen in Germany, who was not involved in the study.

Plants are so important to our lives that it’s hard to imagine what the world was like before they existed. Until a half-billion years ago, the continents were mostly bare, except for crusts of bacteria and perhaps some fungi.

Once plants took root on land, they grew into forests, shrub lands and swamps. They built a carpet of soil, flooded the atmosphere with oxygen, and made it possible for animals to leave the seas as well.

“They forever changed the surface of the planet,” said Stefan Rensing, a plant biologist at the University of Marburg in Germany.

Today, plants make up most of the world’s biomass. All told, they contain about 500 billion tons of carbon — more than four times the carbon in all other living things combined.

After plants became widespread on land, they left behind an abundance of fossils. But the earliest chapter of plant evolution isn’t well documented in the fossil record.

So researchers have turned to living organisms, particularly their DNA, for hints as to how land plants first evolved.

Plants capture sunlight and carbon dioxide in cellular compartments called chloroplasts. These compartments were once bacteria in the ocean. Over a billion years ago, they were gobbled up by amoeba-like organisms — the ancestors of algae — that began to harness the power of sunlight themselves.

Green algae evolved into many new forms. Some stayed in the ocean, while others moved into freshwater. 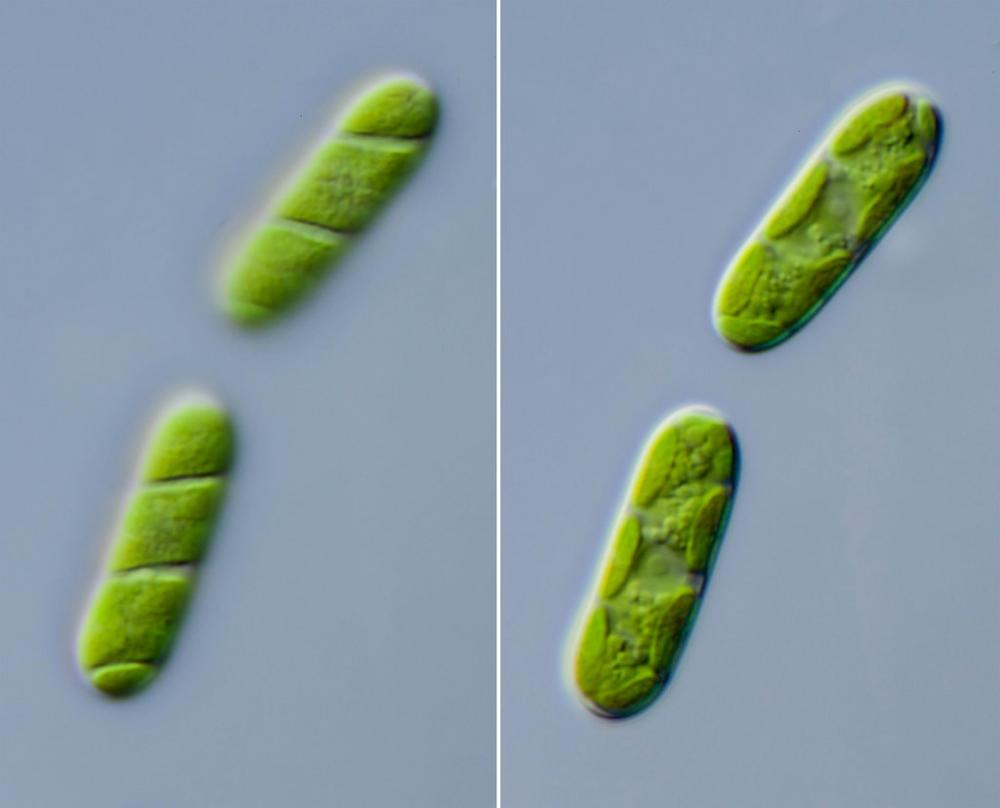 Scientists have long wondered which freshwater algae gave rise to land plants, and how they managed what no other lineage did. To find out, the researchers began sequencing pieces of their DNA and drawing family trees.

At first, a group of algae called charophytes emerged as the closest relatives of land plants. That finding seemed to make sense. For one thing, charophytes are not single-celled organisms; instead, they grow complex, branching bodies.

But as researchers analyzed more algae, another lineage called the Zygnematophyceae proved to be the closest living relatives of plants. That was surprising, because they’re much simpler than the plantlike charophytes. They exist only as individual cells, or form small, simple filaments.

“People knew about these algae for a long time, but they didn’t think they were the closest relatives to the land plants because there’s an assumption that there’s a linear increase in complexity,” said Gane Ka-Shu Wong, a genomicist at the University of Alberta in Canada and a co-author of the new study.

Dr. Wong and his colleagues picked out two species of Zygnematophyceae kept in algae collections in Germany to study more closely. Both species can live outside of ponds or streams. One species was scraped off a rock in a forest in Germany. Another was found growing on a moss in Portugal.

The researchers sequenced the entire genomes of both species, and found a number of genes that the algae share with land plants but not with more distantly related species of algae — confirming that the Zygnematophyceae are the closest living relatives of land plants.

Some of those genes most likely evolved from old ones. As the ancestral algae duplicated their DNA, they made extra copies. Over millions of years, the duplicates mutated into new genes that gave the organisms new capabilities.

But one key set of genes in Zygnematophyceae arose in a radically different way. The algae seems to have stolen them from bacteria.

These genes help plants to survive droughts and other kinds of stress. Even today, land plants rely on the genes to make spores and seeds that can survive for months or years in dormancy.

The researchers found no similar versions of these genes in other algae. But they are present in bacteria — in particular, in bacteria that live in soil.

Michael Melkonian, an algae expert at the University of Cologne in Germany and a co-author of the new study, has studied Zygnematophyceae and has discovered some clues to how ancient algae might have picked up bacterial genes.

The algae make a spongy coat to soak up water, and some bacteria feed on the carbohydrates that make up the coat. “In return, they produce vitamins that the algae may need,” Dr. Melkonian said.

This intimate connection may have allowed genes from the bacteria to slip into the algae’s DNA, he speculated. It’s an intriguing idea — but a half-billion years later, hard to test.

“There is no way to prove yet that this is true,” Dr. Rensing said.

The new genomes may make it possible to figure out what exactly those plantlike genes are doing in their cells, and how they evolved to take on new roles in land plants, Dr. de Vries said.

One thing is already clear, Dr. Melkonian said: All the new research on algae indicates that land plants did not burst on the scene in some great evolutionary leap. Instead, they built on a long preamble of adaptations in their simpler ancestors.

“The surface of the planet was green hundreds of millions of years before the first land plants,” Dr. Melkonian said.

Carl Zimmer writes the “Matter” column. He is the author of thirteen books, including “She Has Her Mother's Laugh: The Powers, Perversions, and Potential of Heredity.” @carlzimmer • Facebook