Climate Models Got It Right on Global Warming 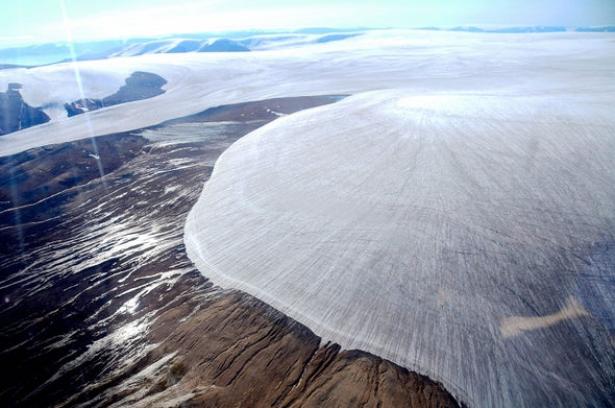 Water runs off from a melting glacier near Qaanaaq, Greenland, in July 2012, Getty Images

There’s a favorite argument among doubters of mainstream climate science: Climate models overestimate the rate at which the Earth is warming.

That claim surfaces time and again and is frequently based on single examples of uncertainty or cherry-picked data. Various studies have gone back and closely examined individual climate models in recent years and have generally found that they’re working pretty well.

A study released yesterday has taken the exercise to the next level. The research takes a comprehensive look at all the global climate models published from the 1970s to 2007, including the models used in the first three reports by the Intergovernmental Panel on Climate Change.

“It’s always a sign that you’re onto a good project when your first thought is, ‘Why hasn’t anyone done this before?’” said lead study author Zeke Hausfather, a climate scientist at the University of California, Berkeley, who worked with Massachusetts Institute of Technology scientists Henri Drake and Tristan Abbott and NASA scientist Gavin Schmidt. “No one has really gone back and gathered all of the old model predictions that were in the literature, in part because climate models have changed a lot.”

Most of these models are long since obsolete, replaced by far more advanced generations. And yet, most of them were spot on in their projections of how much the Earth would warm in the years after they were published in response to greenhouse gas emissions. Fourteen out of 17 models were found to be accurate.

The new study highlights a critically important, but sometimes overlooked, point about the way climate models work. The amount of warming they predict is a direct consequence of the greenhouse gas emissions they assume for the future. And accurately predicting carbon emissions is notoriously difficult—it depends on many human factors, including population growth, economic shifts and changes in the energy landscape.

The study suggests that many of the models criticized in the past were accurately simulating the relationship between temperatures and greenhouse gases after all—it’s just that their assumptions about future carbon emissions didn’t match up with the emissions that were actually produced in the following years.

In other words, if scientists went back and input the exact levels of greenhouse gas emissions that actually occurred after the models were published, their predictions about future warming would have been on point.

One example is a famous climate model developed by NASA researcher James Hansen, whose congressional testimony on climate change in the 1980s helped catapult the issue into the public spotlight. Hansen’s 1988 model ultimately predicted about 50% more warming for the coming decades than actually occurred, giving fodder to skeptics’ arguments that scientists were exaggerating the issue of global warming.

But the issue with Hansen’s model wasn’t its physics, Hausfather and colleagues point out. The model assumed higher emissions of methane and chlorofluorocarbons, both potent greenhouse gases, than actually occurred. That’s in part because the model did not account for the future impact of the Montreal Protocol, an international agreement to phase out the use of chlorofluorocarbons in an effort to reverse the ozone hole.

“If you went back and reran that model with the actual levels of CO2 in the atmosphere and methane and chlorofluorocarbons, you would have gotten a value that was indistinguishable from the warming that we’ve actually observed,” Hausfather said.

There are still considerable challenges ahead for new generations of climate models.

For one thing, making accurate assumptions about future greenhouse gas emissions is still an issue. Scientists are addressing it with increasingly complex suites of possible future emissions scenarios, meaning their simulations include a wide range of potential trajectories.

There are also many fine-scale physical processes on Earth that models still struggle to capture. Clouds, for instance, are notoriously difficult to represent in global climate models—yet scientists believe they’ll have a significant influence on the future climate. The same is true for the behavior of aerosols, or particles in the atmosphere.

As models grow more advanced, there’s an increasing emphasis on improving these kinds of details.

But the new study suggests that the broad-brush conclusions drawn by models about global warming have been largely accurate for decades. And that means there’s high confidence that newer, improved models are also getting the basics right.

“They haven’t been overestimating warming, but at the same time it isn’t warming faster than we thought,” Hausfather said. “It’s pretty much warming just as we thought it would.”

Reprinted from Climatewire with permission from E&E News. E&E provides daily coverage of essential energy and environmental news a twww.eenews.net.