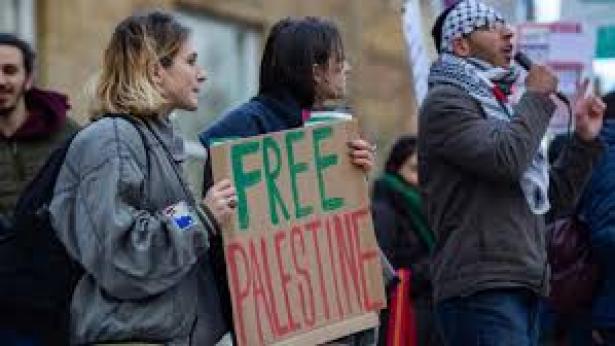 The executive order reportedly mirrors the Anti-Semitism Awareness Act of 2019, which is so controversial that it has not moved since it was introduced in the Senate and the House. The bill would mandate the DOE to use the International Holocaust Remembrance Alliance’s working definition of anti-Semitism to determine whether Jewish students have been harassed and discriminated against on campus under Title VI of the Civil Rights Act.

“Anti-Semitism is as real as Islamophobia, racism, and discrimination. The fact of the matter is that they are all being advanced by President Trump himself and some vocal elements in his orbit and within his base. Just last Saturday, Trump spoke at the National Summit of the ultraconservative Israeli American Council. In that speech, he promoted, once again, anti-Semitic tropes. Right-wing Zionist Jewish groups should not give the president a pass on such behavior in return for shortsighted gains. That is a great service to hate speech and bigotry. Conflating criticism of Israel with anti-Semitism is not only an infringement on free speech, but also empowers anti-Semites for political gains,” said Osama Abuirshaid National Executive Director of American Muslims for Palestine.

While the IHRA definition and its accompanying examples include clear-cut cases of anti-Jewish bigotry which Jewish students should not face, it also problematically includes legitimate First Amendment-protected expressions of free speech criticizing the policies of Israel. For example, students could violate this definition by calling for a democratic state in which Israeli Jews and Palestinians would be equal; by arguing that Israel’s separate-and-unequal regime toward the Palestinian people is racist; or by organizing boycott campaigns against companies that support Israel’s oppression of the Palestinian people.

With this executive order, freedom of speech regarding criticism of Israel will be in danger. Assistant Secretary for Civil Rights in the DOE Kenneth Marcus has been leading the charge for 14 years against student activists by filing numerous frivolous and, ultimately, rejected Title VI complaints of anti-Semitism targeting student activism for Palestinian rights.

The executive order will provide Marcus the legal cover to enforce his insidious agenda. He will have the authority to investigate universities that allow First Amendment-protected advocacy for Palestinian rights and threaten them with a loss of federal funding if they do not crack down on this activism.

Kenneth Stern, the executive director of the Justus & Karin Rosenberg Foundation, and author of the US State Department statement on which the executive order is reportedly based, has testified against the expansion of its definition to include criticism of Israel. According to Stern, “The definition was not drafted, and was never intended, as a tool to target or chill speech on a college campus. In fact, at a conference in 2010 about the impact of the definition, I highlighted this misuse, and the damage it could do.”

Students advocating for Palestinian rights on college campuses already face intense governmental and university repression for their organizing. FBI agents have questioned students, universities have refused to allow the formation of chapters of Students for Justice in Palestine, students have faced disciplinary action, and a shadowy website reportedly bankrolled by GOP-megadonor Adam Milstein posts defamatory profiles of students who support Palestinian rights in order to harm their career prospects.

American Muslims for Palestine upholds inherent human rights for all people everywhere and firmly stands against all forms of bigotry and racism. Specifically, the struggle for the inalienable rights for Palestinians is categorically opposed to all forms of racism and bigotry, including Islamophobia, anti-black racism, anti-immigrants, anti-Semitism, and other forms of bigotry directed particularly toward people of color and indigenous peoples everywhere.

Click here to read more of our anti-bigotry statement.