Imagine a transit system where there are no turnstiles, minimal police presence because cops aren’t lurking around to enforce fares. Picture a subway and bus network that is free, open and functional because those who profit most from it pay for it. 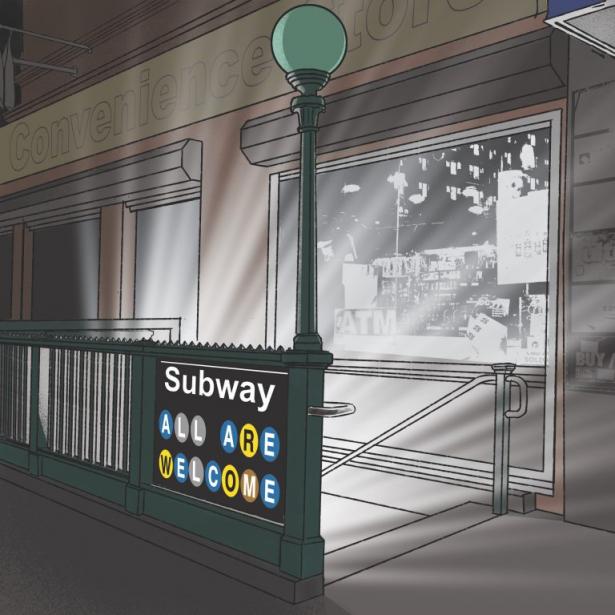 Here's how it can be done.

Imagine a transit system where there are no turnstiles, where the police presence is minimal because cops aren’t lurking around to enforce fares. Picture a subway and bus network that is free, open and functional because those who profit most from it pay for it.

Lawmakers in Kansas City, Missouri took a step in just this direction earlier in December, passing a bill that directed the city’s manager to set aside $8 million a year to cover the fare of $1.50 for every rider. It is expected to save frequent bus users in the city of 490,000 people about $1,000 a year.

Tweeting his admiration, New York City Councilmember Brad Lander (D-Park Slope) called the step “visionary,” adding in parentheses that it “might take NYC a while, but this really is where we all need to aim.”

The push for free mass transit is part of a large democratic socialist (or social-democratic) resurgence — Medicare for All, free public college, a Green New Deal — in which demands for free, universally available public goods are rising and finding receptive ears.

Here in New York, we already have an example of free public transit: the Staten Island Ferry. In 1997, then-Mayor Rudy Giuliani lifted the ferry’s already minimal 50-cent charge as a gesture of gratitude to the city’s only majority-white borough, whose voters had helped nudge him to a narrow victory four years earlier.

Then there is the new network of ferries that our current mayor has championed. Those aren’t free, but are heavily subsidized. While riders pay $2.75, the cost of a subway or bus trip, the Citizens Budget Commission found that the city is subsidizing the boats to the tune of $10.73 a ride. It also warned that subsidies could stretch as high as $24 per passenger along planned future routes.

One way of looking at the MTA’s fare is as a regressive tax that hits those who can least afford it the hardest.

For an example of public dollars being put to a bit more practical use, there’s the Fair Fares program. It provides half-price MetroCards to New Yorkers living at or below the federal poverty line. Yet strict and arbitrary requirements during the initial rollout period, such as a mandate that beneficiaries must have a job, have meant that many riders have not been able to access the program. It’s expanding this fall and winter to include public-housing residents and City University of New York students who are veterans.

Some Council members want it to go even further. In November, Majority Leader Laurie Cumbo (D-Crown Heights) and 24 colleagues sent a letter to the Metropolitan Transportation Authority (MTA) calling on it to expand antipoverty programs like Fair Fares rather than hiring more police.

“These programs aim to alleviate the economic barriers present for many New Yorkers,” they wrote. That, they said, will ultimately “deter fare evasion.”

Meanwhile, Rep. Nydia Velázquez (D-NY) of Brooklyn has introduced a bill that would establish a $1 billion federal grant program that would provide free or low-cost transit rides for those living below 300 percent of the poverty line (about $37,000 a year for a single person), as well as those who are veterans, elderly or disabled.

The question is who? And how much? Firefighters don’t demand $2.75 before they extinguish burning homes. Teachers don’t collect $2.75 from their pupils before they’re admitted into their classrooms each morning. One way of looking at the MTA’s fare is as a regressive tax that hits those who can least afford it the hardest. Rider swipes cover about 40 percent of the MTA’s annual operating budget, which comes to nearly $18 billion in 2020. Taxes and subsidies make up the bulk of the rest, and could make up much more. One-sixth of the authority’s operating budget goes to pay off past debts owed to bondholders. Instead of giving money to Wall Street, the MTA could take money from it.

All budgets are a statement of priorities. Here are several other ways the MTA could reorder its priorities:

The subway is New York’s economic engine. The companies and individuals who benefit from it would grumble at paying more in taxes to support it, but without it their businesses can’t function. A 2017 report by city Comptroller Scott Stringer — produced in a year when disinvestment from Albany had driven the subway to reach its lowest point of functionality since the early 1980s — estimated that mounting MTA delays were costing the city as much as $389 million in lost productivity annually.

Subways and buses deliver workers to their employers day in and day out. Employers could contribute more, through a payroll tax. An employee payroll tax where everyone is paying into the MTA, with high earners paying more and everyone having the freedom to take the subway, would also help cover the cost. Low-income workers would be putting in something, but their rides would be heavily subsidized by the city’s well-heeled.

Then of course there’s the real-estate industry. Wherever the subway goes, property values are higher.

‘We need to make the challenges of our transit system visible enough that they get high enough on the agenda of the leaders in Albany.’

A state Senate bill that would have levied an annual tax on second homes worth more than $5 million in order to help fund the subway began to gather steam in Albany last March. It had been collecting dust since 2014, when Sen. Brad Hoylman (D-Manhattan) first introduced it. But the widely publicized $238 million purchase of a pied-à-terre Manhattan penthouse by hedge-fund magnate Ken Griffin lent the bill momentum. The home was officially valued at $9 million, so Griffin could expect to pay barely more than $500,000 a year in property taxes.

Amid budget negotiations, Gov. Cuomo, who had previously opposed new taxes to raise funds for the MTA (while also neglecting to fully fund it), said the pied-à-terre tax was the only new money he and other lawmakers had agreed upon. The revenue stream would have allowed the city to raise an additional $9 billion in bonds, he estimated. Comptroller Stringer predicted it would bring a minimum of $650 million a year in transit investment. Then the real-estate lobby stepped in. Lawmakers buckled. By the end of March the tax had been whittled down to a one-time surcharge on the purchase of multimillion-dollar second homes.

The industry had flexed its muscle, but later that spring, it was unable to stop the passage of sweeping housing-law reforms that expanded the state’s rent regulations. Tenant activists repeatedly traveled to Albany by the busload to advocate for changes to the state’s housing statutes that included measures to prevent landlords from converting affordable housing to market rate.

Gov. Cuomo appoints the majority of the MTA’s board and dominates its affairs, to the detriment of straphangers. Breaking up the MTA and putting the city’s subways and buses under local democratic control — with the necessary taxing authority also granted to the city — would be the fastest way to transform our mass transit system. But as that is not currently in the offing, the transit-justice movement can learn a lot from tenant advocates’ success last spring, says Pearlstein.

“We need to make the challenges of our transit system visible enough that they get high enough on the agenda of the leaders in Albany that they make the crucial decisions about who pays and how much,” he said, noting that transit activists had some success with this as they pushed for lawmakers to approve congestion-pricing legislation last year that is projected to direct an estimated $5 billion a year toward the MTA’s capital budget once it is implemented in 2021.

Please support independent media today! Now in its 20th year, The Indypendent is still standing but it’s not easy. Make a recurring or one-time donation today or subscribe to our monthly print edition and get every copy sent straight to your home.