Racial and economic justice is necessary due to Maryland’s legacy of facilitating and advancing racism for the benefit of a few at the expense of the whole. With greater commitment, the state can correct for what occurred under the color of law. 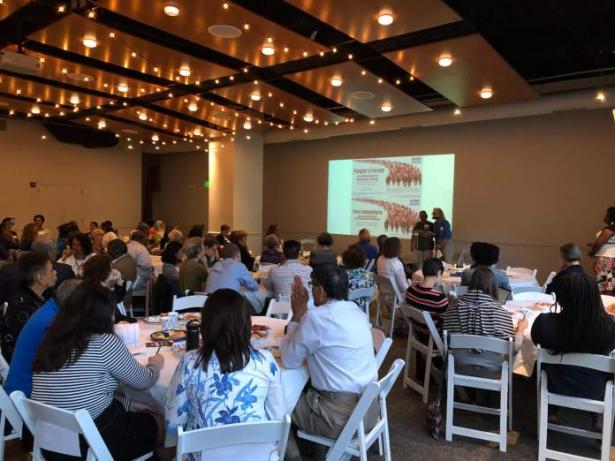 Recently, Montgomery County enacted the historic Racial Equity and Social Justice Act. This act is part of a growing trend of conversations around the state on the topics of Diversity, Equity, and Inclusion (DEI).

These conversations started in Baltimore City in response to Freddie Gray — which led to the creation of the Equity Assistance Fund to address inequality. They expanded into Prince George’s County, where new frameworks have been developed to promote equitable and inclusive economic development.

These conversations are now present at the state level, where the ACLU and other advocates are pushing for race to be a central component of the Kirwan Commission’s work to equitably funding schools throughout the state.

Many voters and policymakers talk about the language of DEI but do not fully understand what it means and why it matters. This perspective stems from my experience as a Baltimore Corps Social Equity Fellow, an economic development professional, merchant, and entrepreneurial ecosystem organizer, an educator at the local, state, national, and global levels, and as an individual of Afro-Cubano descent.

The life of a language is in the experience. Words and terminology exist to articulate thoughts, needs, and feelings that exist because of conditions in the world. Here are some data points that highlight the different circumstances faced by Marylanders based on race:

The critical question is, how did these disparities come to be?

Through this process came redlining. The prison-industrial complex reign then replaced Jim Crow via the War on Drugs and Mass Incarceration. As highlighted by a recent report regarding racial disparities in imprisonment in Maryland based on race, this reign has yet to end.

The common consequences of these practices led to the inability of black people to build up wealth. Consequently, the black community has lower homeownership rates, lower housing value rates, and lower access to credit and banking services.

Because of financial inequity, blacks disproportionately had to rely on the subprime market or turn to the rental market and deal with either slumlords or predatory lending. Both pathways curtailed wealth building.

Further, in the absence of redistribution at the state or federal level, local government services are financed via property taxes. Given the limited and systemically depressed wealth of black neighborhoods, this led to less reinvestment into black communities.

This resulted in lower health care outcomes, lower educational outcomes, worse job prospects economically, and higher crime rates and exposure to the criminal justice system. These results further reinforce each other while refueling and amplifying a system of racial apartheid.

The occurrence of this state of affairs is the result of government action enabling and mandating private market discrimination. The goal then must be to provide racial and economic justice to the historical disenfranchised.

DEI then is not a goal, but a pathway to delivering this justice. Racial and economic justice cannot occur as a matter of policy until there is a firm commitment to equity — the art of doing the most for those who have the least on terms and conditions driven by them. Equity is not obtainable until those who have the least are first present in the room where policy conversations occur.

Ensuring the presence of different perspectives, especially of those most impacted by the outcomes of these justice-oriented sets of conversations, is critical. The securing of this presence is what diversity means.

However, the mere existence of diversity is not enough. Those most impacted must also be the ones most empowered in the conversation to shape the discourse and the decision made. That is inclusion.

The key to succeeding in these initiatives is to understand DEI is about cultural change. Many other jurisdictions and many companies approach DEI as a simple goal without defining the purpose DEI, investing in these initiatives financially, defining and measuring progress, empowering minorities through the process, and provide accountability mechanisms for failing to meet these objectives. If these things do not collectively happen, DEI is doomed to fail.

This is what has occurred in places such as Seattle, Fairfax County, Va., and a multitude of different Fortune 500 companies to date. Maryland cannot join this list.

Racial and economic justice, and the DEI pathway to obtain it, is necessary due to the state’s legacy of facilitating and advancing racism for the financial benefit of a few at the expense of the whole. With even greater zeal and commitment, the state can correct for what occurred under the color of law.

Ronald E. Stubblefield is an attorney in Baltimore.