Before he died, Martin Luther King, Jr. joined a campaign to unify working people of all races. Today, nothing could be more powerful. 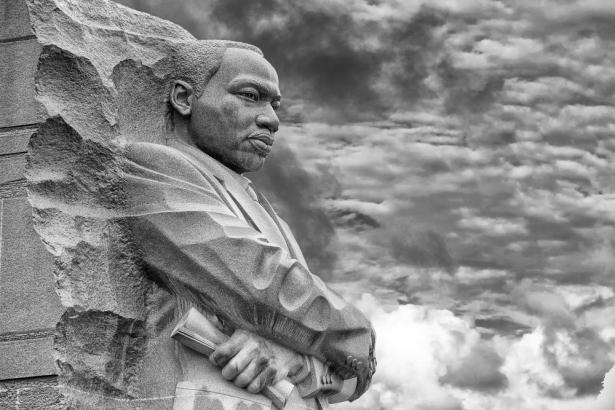 As we celebrate the legacy of Martin Luther King Jr., it’s natural to remember his courageous advocacy for racial equity. But before he was assassinated, King had also begun to broaden his efforts to unify the around economic justice.

In December 1967, King, the Southern Christian Leadership Conference, and other conveners laid out their vision for the first Poor People’s Campaign. Seeing how poverty cut across race and geography, these leaders built the campaign into a multiracial effort including African Americans, white Americans, Asian Americans, Hispanic Americans, and Native Americans aimed at alleviating poverty for all.

The goal was to lead a massive protest in Washington D.C. demanding that Congress prioritize a massive anti-poverty package that included, among other things, a commitment to full employment, a guaranteed annual income, and more low-income housing. And they wanted to pay for it by ending the Vietnam War.

“We believe the highest patriotism demands the ending of the war,” King said, “and the opening of a bloodless war to final victory over racism and poverty.” Assassinated in Memphis on April 4, 1968 while organizing Black sanitation workers, King never made it to the Poor People’s March, but thousands did protest in Washington to honor King’s memory and to pursue his vision.

That vision remains to be realized. Today, 140 million Americans — over 40 percent of us — remain poor or low-income. As in King’s day, Black and brown Americans are especially impacted, but so are millions of poor whites.

Our country may be polarized by party. But the truth is, we have more in common to fight for than what divides us.

A December survey by the Center for American Progress (CAP) found that 52 percent of American voters across party lines reported experiencing a serious economic problem in the past year. This tracks with other research, including the Federal Reserve Board’s finding that 40 percent of Americans don’t have the money to cover a $400 emergency.

The same CAP survey shows that strong majorities — including 9 in 10 Democrats, 7 in 10 independents, and 6 in 10 Republicans — support government action to “reduce poverty by ensuring that all families have access to basic living standards like health care, food, and housing if their wages are too low or they can’t make ends meet.”

Even at a time of stark partisan polarization, a majority of Americans support policies like raising the minimum wage — while opposing things like the Trump administration’s draconian cuts to federal nutrition assistance programs.

King and the Poor People’s Campaign promoted a vision of unity. But it wasn’t a unity that avoided conflict — it was one where poor and low-income overcame their divisions to fight for economic justice together.

To revive that vision, a new Poor People’s Campaign has emerged to confront the interlocking evils of systemic racism, poverty, ecological devastation, and militarism — and what they’re calling “the distorted moral narrative of religious nationalism.” Over the past two years, this campaign has organized communities from all over the country to build lasting power for poor and impacted people.

“Poor and low-wealth people are seeing the need to galvanize themselves around an agenda, not a party, not a person, but an agenda,” said Reverend William Barber, one of the new campaign’s leaders. “What happens if a movement is able to help people see how they’re being played against each other? You could reset the entire political calculus.”

As we head deeper into a divisive election season — and as we remember Dr. King — it’s worth remembering that our real enemy is injustice, not each other.