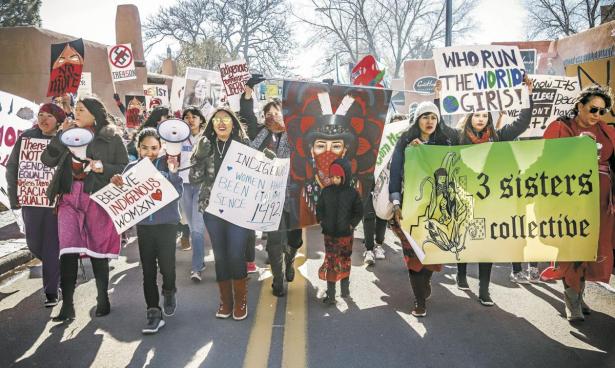 Irish rebel song “Come Out, Ye Black and Tans” has hit number one on the iTunes singles chart in the UK. It comes after the Government was forced to postpone a planned commemoration of the Royal Irish Constabulary (RIC) next month after a furious backlash.

The Politics of the Gun Rally

March Against Anti-Semitism Misses an Opportunity

Some felt that the lack of clear guidelines or principles for groups identifying as co-sponsors of the march enabled far-right actors to join a march ostensibly organized to oppose hate, thus sending the message that such views were not beyond the pale.

Through a combination of cultural forces, some overt and others subtle, Americans are taught from a young age to accept their country’s militarism without question.

Donors use a Montana tax credit program to fund religious schools. Nearly a third of the schools, now at the center of a controversial Supreme Court case, maintain explicitly anti-LGBTQ policies.

Demonizing rhetoric that targets a specific religion or race (or any identifiable characteristic) can lead to violence by people who have consumed a steady diet of conspiracy theories fed to them by high-profile leaders.