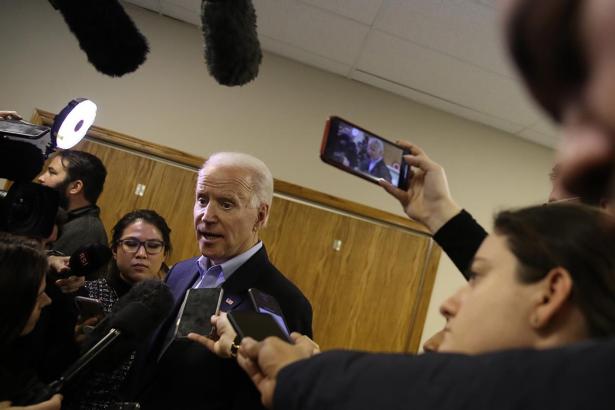 “Joe has been very supportive of the labor movement for the last 40 years. He stands for working families. We recognize he’s a great candidate,” John Costa, international president of the 200,000-member Amalgamated Transit Union, told POLITICO. “We think Joe can beat Donald Trump.”

The issue of Biden’s electability was the driving force behind the decision and a key concern of the union’s membership, which was randomly surveyed by phone in an “extensive poll” conducted by a professional pollster ATU hired, Costa said.

“The numbers came back very strong for Joe,” Costa said, declining to discuss details of the “internal” survey. “Not only did people support him, but we asked who would be best to beat Trump, and he was overwhelmingly seen as the best to do it.“

The endorsement comes at a critical time for the two candidates ahead of Monday’s caucus in Iowa, where Sanders has a marginal lead in polling averages.

Both men have also slugged it out with union endorsements, with Sanders scoring the support of the American Postal Workers Union Thursday. Sanders worked hard for the ATU endorsement as well, and on Jan. 23 tweeted heralded its successful 84-day strike in Virginia that ended Jan. 16. Four days after Sanders’ tweet, Biden also congratulated the union via Twitter.

Costa said the union — the largest labor union representing transit and allied workers in the U.S. and Canada — can provide immediate support to Biden in Iowa, where ATU has chapters in Cedar Rapids, Davenport, Sioux City, Waterloo and Des Moines.

“A bus driver talks to a lot of voters in a day, often more than a police officer or a fighter or a teacher,” Costa said.

In March 2016, the ATU issued a relatively late but important endorsement for Sanders, citing “his long standing fidelity to the issues that are so important to working people are what convinced us that standing with Bernie is standing with the 99% of America that has been left out of the mainstream public debate, cheated out of our jobs and denied the true meaning of the American dream.”

The prospect of a second Trump term in the White House proved too troubling to the union for them to wager on Sanders.

“We appreciate Sen. Sanders,” Costa said. “We don’t want to say anything bad about him. But this is about beating Trump and our members believe Joe is the best one to do it.”