Why Impeachment Was Not a Mistake

Republican devotion to the Great Dictator held. Trump is gloating. But impeachment responded to a challenge to democracy that had to be answered. 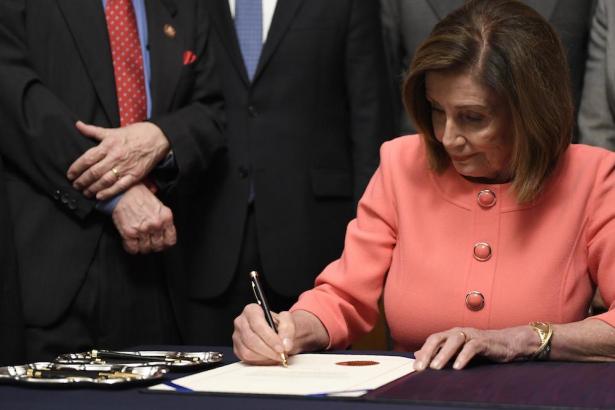 As some skeptics within the Democratic ranks had argued all along, better to focus energy on ousting Trump in the usual way next November? Alternatively, if they were going to impeach, why didn’t the Democrats include the far more comprehensive and damning material in Special Counsel Robert Mueller’s report?

I do think Democrats had to pursue impeachment. Trump’s contempt for the rule of law was so flagrant that it would have been a dereliction of constitutional duty for the House Democrats to turn the other cheek.

Politically, with the constitutional two-thirds requirement to remove Trump from office, Senate conviction was always an extreme long shot. As events played out, the endgame was a close-run thing. Had Senator Lisa Murkowski or some other brave soul gone the other way and voted to call witnesses, the results would have been far more damaging to Trump even without a conviction.

But did Democrats make a tactical blunder by limiting the articles of impeachment to the Ukraine affair and Trump’s obstruction of Congress? Here, you have to put yourselves in the shoes of Nancy Pelosi.

Until the gods delivered the gift of Trump’s corrupt and bungled effort to get the Ukrainian government to announce an investigation of Joe Biden, Pelosi faced a divided caucus. Several members, mostly in districts carried by Trump, did not want an impeachment.

Even if Pelosi could have assembled a bare majority, that was no way to proceed. She was in the process of working to bring over nervous Democratic members one at a time when news of the Ukraine affair broke.

That corruption was so flagrant that several wavering Democrats agreed to support an impeachment, but on relatively narrow grounds. In the end, all but two Democrats voted to begin the formal impeachment.

Ukraine, unlike the complex and nuanced special counsel’s report, was in-your-face and easy for the average citizen to grasp. A president had withheld military aid in order to get an ally to investigate his likely election opponent.

Trump was caught in flagrante. You could explain it in a sentence. Thus Pelosi’s game plan.

Even so, the situation was far from ideal. The House resolution to begin the formal impeachment investigation was voted only on October 31. It was late in the game.

In order to prevent the House impeachment investigation from slopping over into the election year, it meant that the process had to be compressed. That in turn gave Republicans a basis for arguing that the whole impeachment was a rush to judgment. 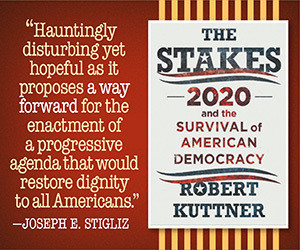 Pelosi also tried and failed to get Senate Republican Leader Mitch McConnell to approve rules that allowed for witnesses. She refused to formally send the Senate the articles of impeachment for several weeks. But McConnell had the stronger cards, and in the end Pelosi had to fold. The delay pushed the Senate trial into primary season.

Overall, given the available choices, the general course the Democrats followed was the best one on offer.

You might second-guess Pelosi on that delay tactic, which failed. But overall, given the available choices, the general course the Democrats followed was the best one on offer. No impeachment would have been worse; likewise a more complex impeachment extending well into the election year, based on a very slender majority that excluded some Democrats.

There is no evidence that the impeachment will hurt Democrats in November, and some evidence that it helped. During the entire investigation, polls scarcely moved. To the extent that public opinion shifted at all, it moved very slightly in the direction of favoring Trump’s removal from office, especially among independents.

As a sheer matter of politics, there is one strong benefit. Depending on whom you include, between seven and eleven Republican Senate incumbents are up for re-election in swing states next November.

Their vote to excuse Trump’s dictatorial behavior by refusing to convict will force them to answer extremely damaging questions during the campaign. These include Cory Gardner of Colorado, Martha McSally of Arizona, Thom Tillis of North Carolina, and Susan Collins of Maine. McConnell himself, up for re-election, has approval ratings in his home state of Kentucky of just 37 percent.

Whether or not Trump is re-elected, Democratic control of the Senate is crucial for maintaining a semblance of democracy in America. So no, impeachment did not remove Trump, and may not even have damaged him. But it had to be done, and could yet produce major benefits for the Democrats and the country.

Robert Kuttner is co-founder and co-editor of The American Prospect, and professor at Brandeis University’s Heller School. His latest book is The Stakes: 2020 and the Survival of American Democracy. In addition to writing for the Prospect, he writes for HuffPost, The Boston Globe, and The New York Review of Books. Follow Bob at his site, robertkuttner.com, and on Twitter @kuttnerwrites.