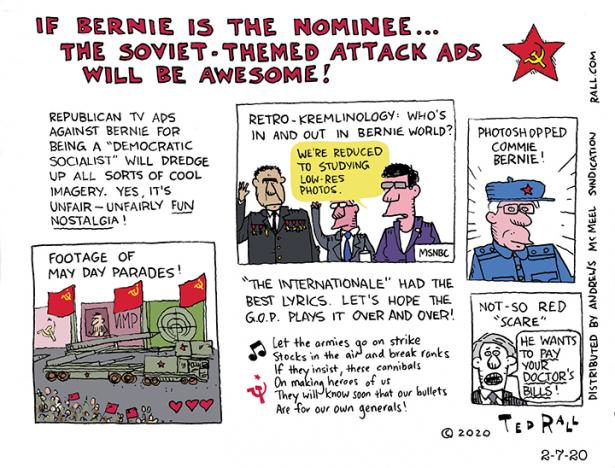 By McKay Coppins
March 2020
The Atlantic

Rather than shutting down dissenting voices, leaders have learned to harness the democratizing power of social media—jamming the signals, sowing confusion. Scholars have a name for this: censorship through noise.

The networks have rented venues, blocked rooms, booked satellite trucks, and are covering Iowa, New Hampshire, in order and as dictated by the primary calendar. Meanwhile, the actual American body politic, sitting in front of their TV in all fifty states, is getting an around-the-clock Mayor Mike propaganda feed.

Journalism is Under Attack in Europe

The autonomy and independence of the media across much of Europe is under threat from politicians, who launch verbal attacks on journalists, but also from other journalists, who discredit and smear colleagues working for rival publications.

The MSNBC host talked about socialist-led “executions in Central Park” while tying those fears to Bernie Sanders.

Newspaper Monopolies: Piranhas in the Tank

In its mission to squeeze the last profits out of newspapers, Alden Global Capital has eliminated the jobs of scores of reporters and editors, and decimated journalism in cities all over the country: Denver, Boston, San Jose, Trenton, etc. Next up: Chicago, Baltimore, and the New York Daily News. [And an update]

US media give short shrift to what are arguably the most important factors for determining our future: what specific human practices are responsible for the changing climate, why carbon emissions continue to rise, and what we can and should be doing about it.

The Era of Antisocial Social Media

When you look at who is — and more importantly, who is not — driving the growth and popularity of social platforms, a key demographic appears to be somewhat in retreat: young people.

5G and the Digital Divide

Government must work to ensure small-cell network rollouts benefit the whole of communities.

By Henry Tugendhat
January 20, 2020
The Guardian

China’s hi-tech firms are challenging the west’s belief in the free market’s ability to innovate.