"Anytime the word 'they' is used with workers, it's a sign of union-busters at work. The only pronoun that represents unionism and builds power is we/us." 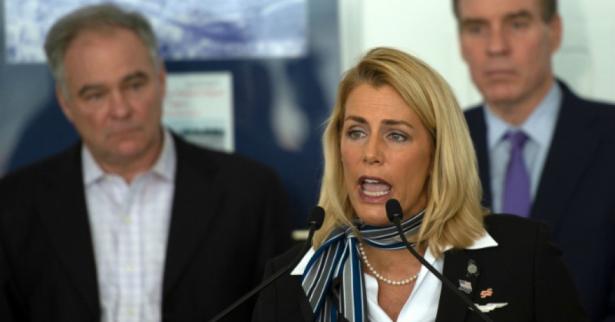 Union leader Sara Nelson ripped former South Bend, Indiana Mayor Pete Buttigieg for his comments on healthcare and labor Wednesday, accusing the 2020 Democratic presidential candidate of using divisive tactics and language for political gain and at the cost of workers.

Buttigieg, in two tweets in English and Spanish respectively, suggested his so-called Medicare for All Who Want It plan would protect labor-won health plans, despite the fact that a single-payer system would render such plans obsolete.

Nelson, the international president of the Association of Flight Attendants-CWA, AFL-CIO, took offense to the White House hopeful's use of union workers as a wedge in the healthcare debate.

"Stop perpetuating this gross myth," said Nelson. "Not every union member has union healthcare plans that protect them."

This is offensive and dangerous. Stop perpetuating this gross myth. Not every union member has union healthcare plans that protect them. Those that do have it, have to fight like hell to keep it. If you believe in Labor then you’d understand an injury to one is an injury to all.

There are 14 million union workers in America who have fought hard for strong, employer-provided health benefits. Medicare for All Who Want It protects their plans and union members' freedom to choose the coverage that's best for them.

"Don't use unions to promote division," she added, "that's only good for the profiteers."

In an interview with Common Dreams, Nelson expanded on the message of her tweets and the labor movement's place in the healthcare debate.

"This is age old divide and conquer tactics and we have to call it out and reject the attempts to distract us," said Nelson. "Anytime the word 'they' is used with workers, it's a sign of union-busters at work."

While Buttigieg was trying to use negotiated health benefits specifically as a wedge issue, Nelson said the union sees it differently—that "the value of negotiated benefits is important," not necessarily a fixed benefit by itself.

And, Nelson said, the divisiveness in Buttigieg's remarks must be rejected.

"I oppose any message that pits union members against non-union members," said Nelson. "We need to welcome workers to our unions. We need to work together to address this issue so everyone is protected."

Other progressives took issue with Buttigieg's remarks and what was seen as an anti-worker undercurrent in the comments.

Union negotiator Erik Strobl pointed out that Medicare for All would help, not hurt, labor.

"Medicare for All would free up bargaining power for wages and the common good, and it would protect union members against a bad employer pulling healthcare during a strike," said Strobl. "Medicare for All is a gift to the labor movement."

Media journalist Adam Johnson excoriated Buttigieg's remarks, calling them comments that would fuel "future rightwing attacks on both the frontrunner and socialized medicine for years to come."

Buttigieg should understand that workers stand together and appreciate the benefits of universal healthcare, Nelson told Common Dreams.

"The only pronoun that represents unionism and builds power is we/us," Nelson said. "All in."