Corruption on top, rebellion on the bottom, and Bernie on the ballot 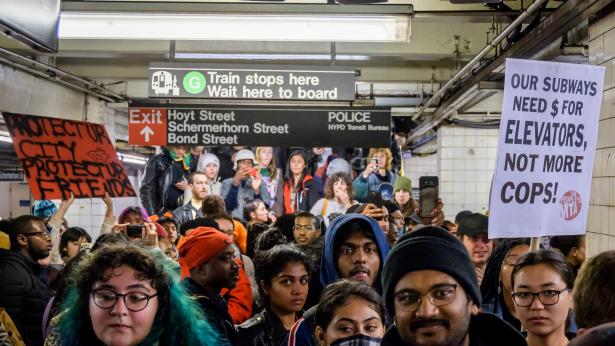 Over the last two years, nearly every institution of American life has taken on the unmistakable stench of moral rot. The criminal justice system has given up all pretense that the crimes of the wealthy are worth taking seriously.

Is the Patriarchy Too Big to Fail?

Abuse, including sexual abuse, was and remains the core of how power operates in industries and institutions built on complicity. For men like Trump, getting away with it is their personal brand, their special sauce. He appeals to a caucus of bitter moral cowards whose dearest wish is to be allowed to get away with it, too.

The man who stands before those rallies and encourages such idolatry isn't merely running for president. He is calling for the kind of obedience and loyalty demanded by dictators. He is commanding worship and submission. Evangelical Christians have fallen for him in the same way the most conspicuously devout worshipers commit sins.

Bernie Sanders supporters are people who, according to the norms of American politics, shouldn't have anything in common. Except now we do.

Beware of the ADOS Movement

A fringe movement called “American Descendants of Slavery” is focused on widening divisions between African American, African and Afro-Caribbean, and Afro-Latino communities. Their platform currently advocates for policies that would remove Black immigrants from affirmative action and would limit visas to African immigrants.

No Escape for NeverTrump Conservatives

Donald Trump is not an aberration, a kind of eruption of atavistic “tribalism” from the prehistoric past, but the result of a historical narrative that’s hiding in plain sight.

Activist coalitions said they came out to protest the increased police presence in the subways, harassment by cops of locals, vendors, and minorities, and recent fare hikes, while advocating for a more fully accessible public transit system.