The Largest Women’s Organizations In This Country? Unions!

We salute the women throughout history who stood against injustice and who continue to fight for a better future for all working people. 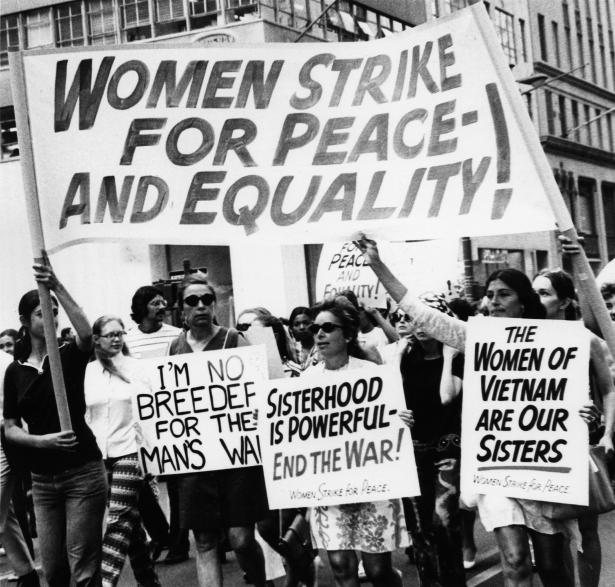 The largest women’s organizations in this country? Unions! When women have unions, we don’t ever have to walk alone. Our union representatives, shop stewards and fellow members are with us so that we can tackle whatever injustice with strategy and power.

The founder of International Women’s Day was union organizer and socialist Clara Zetkin. She called for the holiday at the second International Conference of Working Women in 1910, in direct response to mass strikes by women workers in the U.S demanding better pay, shorter working hours and the right to join a union. Zetkin also understood the links between workers and war, taking strong opposition against the First World War. She said:

"Who profits from this war? Only a tiny minority in each nation: The manufacturers of rifles and cannons, of armor-plate and torpedo boats, the shipyard owners and the suppliers of the armed forces' needs. In the interests of their profits, they have fanned the hatred among the people, this contributing to the outbreak of the war. The workers have nothing to gain from this war, but they stand to lose everything that is dear to them."

Though its revolutionary roots is often overlooked in the big business media, this day was inspired by the struggles of working class women and our collective power as workers. We demand changes that are structural and transformative, not cosmetic and corporatized. We build to awaken women's class consciousness and to incorporate them into the class struggle. We salute the women throughout history who stood against injustice and who continue to fight for a better future for all working people.