Everyone’s a Socialist in a Pandemic. Republicans Want Medicare for All, but Just for This One Disease

All it took was a pandemic of potentially unprecedented scale and severity and suddenly it’s like we’re turning into Denmark over here.

March 12, 2020 Farhad Manjoo The New York Times
Printer friendly
Everyone’s a Socialist in a Pandemic. Republicans Want Medicare for All, but Just for This One Disease Published March 12, 2020 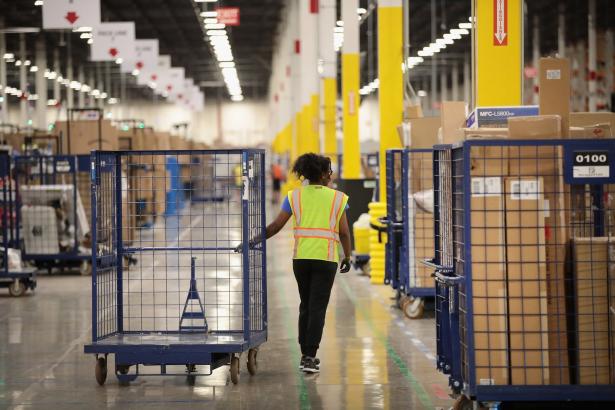 All it took was a pandemic of potentially unprecedented scale and severity and suddenly it’s like we’re turning into Denmark over here.

In the last few days, a parade of American companies that had long resisted providing humane and necessary benefits to their workers abruptly changed their minds, announcing plans to pay and protect even their lowest-rung employees harmed by the ravages of the coronavirus.

Uber and Lyft — which are currently fighting state efforts to force them to pay benefits to drivers and other “gig” workers — announced that, actually, a form of paid sick leave wasn’t such a bad idea after all. Drivers who contract the new virus or who are placed in quarantine will get paid for up to two weeks, Uber said. Lyft offered a similar promise of compensation.

Trader Joe’s also says it will cover for time off for the virus. Several tech giants said they would continue to pay their hourly employees who cannot work during the outbreak, and Amazon said it won’t dock warehouse workers for missing shifts.

And after the journalist Judd Legum pointed out its long history of fighting sick-leave policies, Darden Restaurants, which runs several restaurant chains, including Olive Garden, said that its 170,000 hourly workers would now get paid sick leave.

It wasn’t just sick leave. Overnight, workplaces across the country were transformed into Scandinavian Edens of flexibility. Can’t make it to the office because your kid has to unexpectedly stay home from school? Last week, it sucked to be you. This week: What are you even doing asking? Go home, be with your kid!

Americans: if you are sick with fever/cough/ flu symptoms, please don’t go to work!

Employers: PLEASE understand giving your employees flexibility and (paid) sick leave will save you money in the long run- it’s much cheaper than shutting down because everyone else gets sick!

Then politicians got into the act. The Trump administration — last seen proposing to slash a pay raise for federal workers and endorsing a family leave policy that doesn’t actually pay for family leave — is now singing the praises of universal sick pay. “When we tell people, ‘If you’re sick, stay home,’ the president has tasked the team with developing economic policies that will make it very, very clear that we’re going to stand by those hard-working Americans,” Vice President Mike Pence said on Monday, offering the sort of rhetoric that wouldn’t be out of place on the pages of Jacobin.

And wasn’t it almost funny how everyone and their doctor was suddenly extolling the benefits of government-funded health care for all? When the Trump administration told Congress that it was considering reimbursing hospitals for treating uninsured Americans who contracted Covid-19, Republicans who had long opposed this sort of “socialized medicine” were now conceding that, well, of course, they didn’t mean it quite so absolutely.

“You can look at it as socialized medicine,” Representative Ted Yoho, a Republican from Florida, told HuffPost. “But in the face of an outbreak, a pandemic, what’s your options?”

As I said, it’s almost funny: Everyone’s a socialist in a pandemic. But the laugh catches in your throat, because the only joke here is the sick one American society plays on workers every day.

The truth is that we’re nowhere near turning into Denmark. Many of the newly announced worker-protection policies, like sick leave and flexibility, are limited, applying only to the effects of this coronavirus (the exception is Darden’s new sick-leave plan, which the company says is permanent). The administration’s proposed relief plan could well be vaporware. And Republicans’ interest in universal health care is ephemeral. Call it Medicare For All But Just For This One Disease.

But there’s an even deeper tragedy at play, beyond the meagerness of the new benefits. The true embarrassment is that it took a pandemic for leaders to realize that the health of the American work force is important to the strength of the nation.

As the coronavirus spiders across the planet, I’ve been thinking about the illness as a very expensive stress test for the global order — an acute, out-of-nowhere shock that is putting pressure on societies at their weakest points. Some nations, like Iran and perhaps Italy, are teetering under the threat; others, like South Korea, are showing remarkable resilience. The best ones will greet the crisis as an opportunity to build a more robust society, even better prepared for a future unseen danger. The worst will treat it as a temporary annoyance, refusing to consider deeper fixes even if they somehow stagger through this crisis.

It is not yet clear how well the American system will respond, but the early signs are far from encouraging. What we’re learning is that our society might be far more brittle than we had once imagined. The virus has laid bare our greatest vulnerability: We’ve got the world’s biggest economy and the world’s strongest military, but it turns out we might have built the entire edifice upon layers and layers of unaccounted-for risk, because we forgot to assign a value to the true measure of a nation’s success — the well-being of its population.

Much of the danger we face now grows out of America’s tattered social safety net — the biting cost and outright lack of health care and child care and elder care, the corporate war on paid leave, and the plagues of homelessness and hunger. As the virus gains a foothold on our shores, many Americans are only now waking up to the ways these flaws in the safety net cascade into one another. If companies don’t pay workers when they’re off sick, they’ll have an incentive to work while ill, endangering everyone. If you don’t cover people’s medical bills, they may not seek medical help, endangering everyone.

There may be a silver lining here: What if the virus forces Americans and their elected representatives to recognize the strength of a collectivist ethos? The coronavirus, in fact, offers something like a preview of many of the threats we might face from the worst effects of climate change. Because the virus is coldly indiscriminate and nearly inescapable, it leaves us all, rich and poor, in the same boat: The only way any of us is truly protected is if the least among us is protected.

So what if we used this illness as an excuse to really, permanently protect the least among us?

I would like to imagine this bright future. But I’ll confess I’m not optimistic. More than a decade ago, America stumbled through the Great Recession without imposing many significant fixes for the excesses of our financial system. The titans of Wall Street were protected and working people were left with scraps.

The coronavirus might teach us all to value a robust safety net — but there’s a good chance we’ll forget the lesson, because this is America, and forgetting working people is just what we do.

[Farhad Manjoo became an opinion columnist for The Times in 2018. Before that, they wrote the State of the Art column. They are the author of “True Enough: Learning to Live in a Post-Fact Society.” @fmanjoo • Facebook]