Death Due to Sleep Deprivation Linked Causally to the Gut, and is Preventable in Flies

“We’ve identified a central issue that, when eliminated, allows for survival without sleep, at least in fruit flies... We need to understand the biology of how sleep deprivation damages the body, so that we can find ways to prevent this harm." 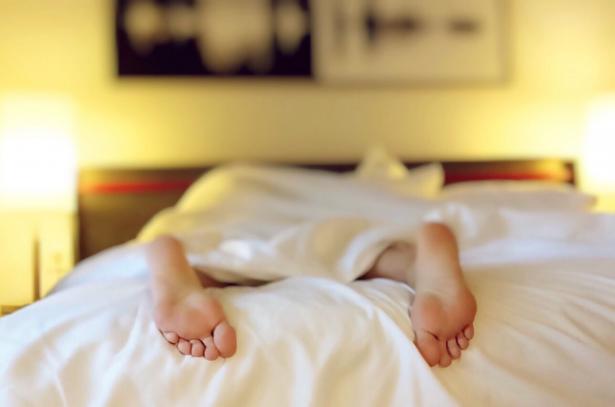 Harvard Medical School (HMS) neuroscientists have identified an unexpected, causal link between sleep deprivation and premature death. Their study in sleep-deprived fruit flies found that death was always preceded by the accumulation of reactive oxidative species (ROS) in the gut. When fruit flies were given antioxidant compounds that neutralized and cleared ROS from the gut, the sleep-deprived animals remained active and had normal lifespans. Additional experiments in mice confirmed that ROS accumulated in the gut when they didn’t get enough sleep.

The findings, reported in Cell, hint at the possibility that animals might be able to survive without sleep, under certain circumstances. The research could also point to new avenues of study that will help us understand the full consequences of insufficient sleep, and potentially the development of new approaches to counteracting the adverse effects of lack of sleep in humans.

“We took an unbiased approach and searched throughout the body for indicators of damage from sleep deprivation,” said senior study author Dragana Rogulja, PhD, assistant professor of neurobiology in the Blavatnik Institute at HMS. “We were surprised to find it was the gut that plays a key role in causing death. Even more surprising, we found that premature death could be prevented. Each morning, we would all gather around to look at the flies, with disbelief to be honest. What we saw is that every time we could neutralize ROS in the gut, we could rescue the flies.” Rogulja and colleagues reported their findings in a paper titled, “Sleep Loss Can Cause Death through Accumulation of Reactive Oxygen Species in the Gut.”

Most of us will be familiar with the tell-tale signs that we’ve not had enough sleep. These may include tiredness and general fatigue, difficulty concentrating, and irritability. The effects of more prolonged sleep deprivation can be more serious, and lead to disorientation, paranoia, and hallucinations. “Countless clinical and experimental studies link insufficient sleep with serious health problems,” the authors wrote. In humans, chronic insufficient sleep is associated with heart disease, type 2 diabetes, cancer, obesity, depression, and many other conditions. And while the link between total sleep deprivation and death has been reported in humans only anecdotally, “… sleep restriction can lead to premature death in model organisms, including dogs, rats, cockroaches, and flies,” the authors continued.

However, despite decades of study, scientists still haven’t discovered why animals die when they don’t sleep. In attempts to answer how sleep deprivation culminates in death, most research has focused on the brain, where sleep originates. “Sleep is generated by neurons, so it has generally been assumed that death observed with sleep deprivation results from impaired brain function,” the team noted. “This idea is supported by the significant cognitive decline noticeable after sleep loss.” However, studies have yet to yield conclusive results. And, interestingly, the researchers added, “in addition to impairing cognition, sleep loss leads to dysfunction of the gastrointestinal, immune, metabolic, and circulatory systems.”

What isn’t clear is whether these effects on other systems are secondary consequences of changes to nervous system function, or whether they are independent and direct effects of sleep deprivation. It’s also not known if any of these effects contribute to death in sleep-deprived animals.

Spearheaded by study co-first authors Alexandra Vaccaro, PhD, and Yosef Kaplan Dor, PhD, who are research fellows in neurobiology at HMS, the HMS team carried out a series of experiments in fruit flies, to search throughout the body for signs of damage caused by sleep deprivation. Fruit flies share many sleep-regulating genes with humans. “In our search for factors that directly link sleep loss and death, we took an agnostic approach in terms of anatomy, examining multiple tissues in parallel,” the investigators wrote. “Our first model was the fly because flies and mammals share core attributes of sleep and flies require sleep for a normal lifespan.”

To monitor sleep, the researchers used infrared beams to constantly track the movement of flies housed in individual tubes. They found that flies can sleep through physical shaking, so they instead genetically manipulated fruit flies to express a heat-sensitive protein in specific neurons, the activity of which are known to suppress sleep. When flies were housed at 29°C the protein induced neurons to remain constantly active, thus preventing the flies from sleeping.

The scientists found that fruit fly mortality spiked after 10 days of temperature-induced sleep deprivation, and all of the flies died by around day 20. Control flies that had normal sleep lived up to approximately 40 days in the same environmental conditions. Because mortality increased around day 10, the researchers looked for markers of cell damage on that and the preceding days. They found that while most tissues, including in the brain, were indistinguishable between the sleep-deprived and non-deprived flies, there was one notable exception. The guts of sleep-deprived flies had a dramatic build-up of ROS. These highly reactive oxygen-containing molecules can, in large amounts damage DNA and other components within cells, leading to cell death. The accumulation of ROS in the fruit fly guts peaked around day 10 of sleep deprivation, and when deprivation was stopped, ROS levels decreased.

Additional experiments confirmed that ROS build-up occurred only in the guts of those animals that experienced sustained sleep loss, and that the gut did seem to be the main source of apparently lethal ROS. “Three independent methods of sleep deprivation in the fly led to accumulation of ROS in the gut, triggering oxidative stress in this organ,” the researchers noted. “When deprivation was stopped ROS and oxidative stress markers gradually cleared.”

“We found that sleep-deprived flies were dying at the same pace, every time, and when we looked at markers of cell damage and death, the one tissue that really stood out was the gut,” Vaccaro said. “I remember when we did the first experiment, you could immediately tell under the microscope that there was a striking difference. That almost never happens in lab research.”

The team also examined whether ROS accumulation occurred in other species, by using gentle, continuous mechanical stimulation to keep mice awake for up to five days. Compared to control animals, sleep-deprived mice also had elevated ROS levels in the small and large intestines but not in other organs. “Sleep deprivation in the mouse produced a similar outcome, with ROS accumulating specifically in the small and large intestines and triggering oxidative stress,” the authors reported.

To find out if ROS in the gut plays a causal role in sleep deprivation-induced death, the researchers next looked at whether preventing ROS accumulation could prolong survival. They tested dozens of compounds with antioxidant properties known to neutralize ROS and identified 11 that, when given as a food supplement, allowed sleep-deprived flies to have a normal or near-normal lifespan. These compounds, such as melatonin, lipoic acid, and NAD, were particularly effective at clearing ROS from the gut. Notably, the supplements did not extend the lifespan of non-sleep-deprived flies.

The role of ROS removal in preventing death was further confirmed by experiments in which flies were genetically manipulated to overproduce antioxidant enzymes in their guts. These flies had normal to near-normal lifespans when sleep deprived, whereas flies that overproduced antioxidant enzymes in their nervous systems weren’t protected from sleep-deprivation-related death. “In contrast to gut-targeted overexpression, nervous system-targeted overexpression of antioxidant enzymes did not have a major rescuing effect, although the lifespan was extended by several days,” the team noted.

Dor further noted, “We still don’t know why sleep loss causes ROS accumulation in the gut, and why this is lethal. Sleep deprivation could directly affect the gut, but the trigger may also originate in the brain. Similarly, death could be due to damage in the gut or because high levels of ROS have systemic effects, or some combination of these.”

Insufficient sleep is known to interfere with the body’s hunger signaling pathways, so the team also measured fruit fly food intake to analyze whether there were potential associations between feeding and death. They found that some sleep-deprived flies ate more throughout the day compared with non-deprived controls. However, restricting access to food had no effect on survival, suggesting that factors beyond food intake are involved.

The researchers are now working to identify the biological pathways that lead to ROS accumulation in the gut and subsequent physiological disruptions. The team hopes that their work will inform the development of approaches or therapies to offset some of the negative consequences of sleep deprivation. One in three American adults gets less than the recommended seven hours of sleep per night, according to the U.S. CDC, and insufficient sleep is a normal part of life for many around the world.

The Harvard Medical School team’s studies also indicated that it’s not necessary to restrict sleep completely for ROS build-up to become evident. “Severe sleep restriction was presented here, but mild deprivation also leads to ROS accumulation in the gut, albeit slower,” they commented. “This means that our results are likely relevant for chronic insufficient sleep in humans and could help explain pathologies associated with sleep restriction.”

They concluded: “We recognize that what kills extremely sleep-deprived animals does not necessarily reflect what sleep does daily. Regardless, our findings demystify the observation that extreme sleep loss can cause death and show that it is possible to decrease the cost of forced wakefulness.”

“We believe we’ve identified a central issue that, when eliminated, allows for survival without sleep, at least in fruit flies,” Rogulja said “So many of us are chronically sleep deprived. Even if we know staying up late every night is bad, we still do it. We need to understand the biology of how sleep deprivation damages the body, so that we can find ways to prevent this harm.”