Racism and the Working Class

If there is a common working-class culture across racial and ethnic groups, as I think there is, white racism cannot be part of what is common in that culture, because about 40% of the American working class is not white. 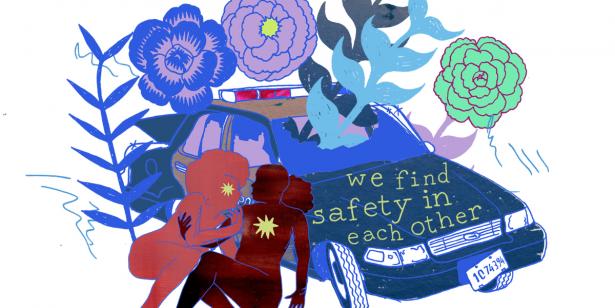 When I tell other middle-class professionals who don’t know me well that I’m writing a book about working-class culture, it’s amazing how often they respond approvingly that “white racism” is an important subject.  My reaction, depending on the circumstance, ranges from embarrassment to rage.

It’s frustrating that “working class” reads as all white to so many people who should know better.  And it pisses me off that so many educated people assume that the white part of the working class is either uniformly racist and/or that racism is the most distinctive part of their culture. And it often seems there is a background assumption that little or no racism exists among the educated middle class, that all white racism is contained within the working class.

If there is a common working-class culture across racial and ethnic groups, as I think there is, white racism cannot be part of what is common in that culture, because about 40% of the American working class is not white.  So even if many working-class whites are vociferously racist, racism cannot characterize working-class culture as a whole. Nor have social scientists been able to establish with any certainty that white working-class people are more racist than other whites, let alone measure the difference.  White racism in various forms exists among middle-class professionals. And because they have more power, their racism likely has greater impact than the individual attitudes of working-class whites.

These extravagantly false assumptions are largely based on both educational and occupational snobbery, which plays out in all kinds of ways, some of them inconsequential.  But, as law professor Ian Haney Lopez has documented, they can have a toxic effect on American politics by strengthening racist dog whistles even when you are trying to combat those whistles.

In his 2019 book, Merge Left: Fusing Race and Class, Winning Elections, and Saving America, Lopez reports on a political narrative project he helped design after the 2016 election.  In an extensive, country-wide set of surveys and focus groups, the project presented several different political messages to respondents.  Researchers found that neither a message focused only on racial justice nor one focused only on economic justice was as popular and as effective against racist dog whistles as a message that combined calls for racial and economic justice – one that presented interracial solidarity as a necessary condition for economic justice.

To understand this, we have to see how white racism in the working class is layered within a class resentment against middle-class professionals, especially those whose exclusive focus on marginalized groups makes them seem unaware that a struggling white part of the working class faces many of the same economic conditions as black, brown, immigrant, and indigenous peoples.  When politicians and progressive advocates focus solely on racial justice, their messages call forth this class resentment. They also stoke fears that citizenship and whiteness may be the only assets these white workers have left.

Similarly, a message that seeks to appeal to broad class interests benefitting people of all races and genders, while attractive, seems to many black and brown people to gloss over injustices that affect only them or that affect them to a much greater degree.  What’s more, colorblind economic populism, while popular among white workers, does not undermine racist dog whistles and their impact among whites.

Paradoxically, when politicians or media commentators denounce the use of dog whistles like “thugs,” “law and order,” and “illegal aliens” – let alone rhyming looting with shooting – the dog whistles actually become more effective. Because most whites do not want to see themselves or have others see them as racist, they hear critiques of this kind of language as dismissive of their legitimate concerns about crime, law and order, and illegal immigration. They resent being labeled as simply racist, and the result is a melding of both class and racial resentments.

Lopez’s research shows that the most effective message went directly at dog whistles but not simply by denouncing them.  Rather, the best message focused on the purpose and effect of the whistles: to make it harder for the vast majority of Americans to see and pursue their self-interest by uniting to confront our economic and political oligarchy.  The winning message explained that attempts to divide us along racial lines undermines any attempt to redress our shared and growing inequalities of income, wealth, and power.  The winning message called for interracial solidarity as the essential requirement for effectively pursuing both racial and economic justice at the same time.

One of the project’s most interesting findings was that the largest group of respondents (59%) embraced an inconsistent mix of progressive and reactionary views – including people who agreed with both a specific progressive view and its conflicting reactionary one.  For example, this majority group, whom Lopez calls “persuadables,” found both racial-fear and racial-justice messages convincing in nearly equal measure.  And this was basically true of all racial groups, as 54% of African Americans and 60% of Latinx found the racial-fear message convincing, compared to 61% of whites.

Lopez concludes: “It’s true that those [persuadables] – most whites and most people of color, too – filter the world through stereotypes and racist ideas.  It’s also true, though, that they simultaneously hold progressive racial ideals.  The job ahead is not to start in educating the broad middle about racism, but to speak to the anti-racist convictions they already embrace.”

Though Lopez does not provide a class breakdown, my guess is that the non-college-educated working class of all colors is over-represented among the persuadables and that middle-class professionals are over-represented among the smaller groups who expressed either consistently progressive or consistently reactionary views.  That guess is based on 30 years of teaching working-class adults of all colors.  In my early years, I insisted on simple consistency as a logical imperative, but I gradually learned that many apparent inconsistencies are not necessarily illogical if you dig deeper, and I came to respect people’s ability to hold what they knew were contrary notions.  I must have heard hundreds of times students saying something like: “I know I’m contradicting myself, but that’s how I feel.  What am I supposed to do – lie?”

College-educated professionals, on the other hand, tend to overvalue consistency and to be much less willing to express contrary notions.  Our earnest efforts to rely on evidence and logic often lead us to neglect how fear and hope are feelings before they are thoughts. Most Americans desperately want racial harmony, I’m guessing, precisely because they have such deep racial fears.

Lopez’s counsel to speak to whites’ anti-racist ideals is important for this moment because it so strongly warns against class-inflected finger-wagging and moral superiority. The inspiring explosion of nationwide protests in the wake of George Floyd’s murder has uncovered a surprising well of interracial solidarity, especially among young people.  As soon as protestors moved from police misconduct to wider issues of racial inequality, they inevitably enter terrain where class inequality merges with racial injustice.  A big part of our endemic racial disparities simply reflects the reality that people of color are disproportionately working class.  We cannot address the magnitude of racial injustice without simultaneously addressing economic injustice, and to achieve economic justice we’re going to need the kind of interracial solidarity that’s been marching in our streets these past few weeks.

Jack Metzgar is a professor emeritus of Humanities at Roosevelt University in Chicago.  A former president of the Working-Class Studies Association, he is the author of Striking Steel: Solidarity Remembered (Temple 2000).