Biden’s New Economic Nationalism: Better Than You May Think 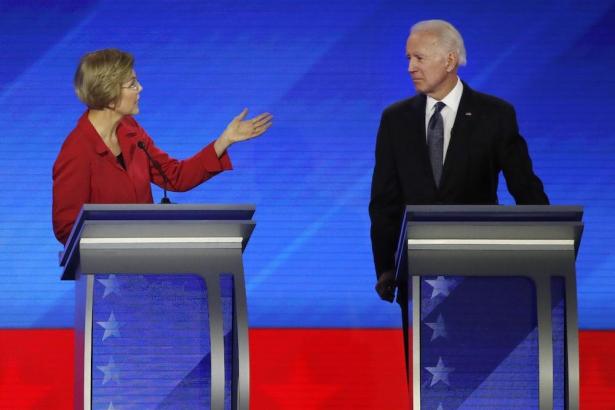 Joe Biden is out with a powerful blueprint promising a Made in America Future for American workers. Among other commitments, Biden’s plan reverses several decades of trade orthodoxy and pledges to use trade policy to promote high-wage American manufacturing. He would complement this with an industrial policy aimed at reviving domestic industries.

Biden makes a far more explicit commitment than any recent Democratic president or candidate to revive trade unionism and collective bargaining, including strong support for card check to accelerate union recognition and a fight against misclassification of regular employees as gig workers, as well as a $15 minimum wage. “It’s not enough to praise these workers,” Biden said of frontline essential workers, speaking Thursday from a covered loading dock near Scranton where he unveiled his plan. “We need to pay them.”

“The Chinese are spending multiple billions of dollars trying to own the technology of the future while we sit with our thumb in our ear,” he added.

Biden proposes to use the procurement power of the federal government to Buy American, committing $400 billion. This is a deliberate reversal of the naïve globalist policies of past administrations. And he includes an aggressive plan to reclaim domestic supply chains, not just for urgently needed medical supplies, but across the board.

The plan would also add $300 billion in research and development including for electric vehicle technologies, artificial intelligence and other green technologies. The campaign called it the “largest mobilization of public investments in procurement, infrastructure, and R&D since World War II.”

Biden would reverse Trump’s tax policies, which were great for multinational corporations and the stock market, and did nothing to create good domestic jobs. Biden’s tax program would be targeted to good job creation in America.

Biden goes out of his way to invoke World War II—a time when the “greatest generation” and our greatest president worked to rebuild a Depression-ravaged economy using all the tools of government.

The plan is shrewd politics in two respects. First, it draws a sharp contrast with Trump’s fake economic nationalism that used racialized and anti-foreign rhetoric but did nothing tangible to rebuild a Made-in-America economy.  Trump’s racism is increasingly rejected by most Americans of all races, while the COVID economy has laid bare not just the failure of Trump’s leadership in a crisis but the emptiness of his version of economic nationalism.

Biden’s plan takes the idea of making the economy great again seriously. This shifts the debate to a terrain where Trump’s fraudulence is vivid and Biden’s commitment is palpable.

Second, the plan is shrewd as intra-party politics. There is plenty here that progressives to Biden’s left can feel good about, but little that might alienate swing voters in suburbia.

And of course, the plan is squarely directed at working class voters and communities that defected to Trump in 2016 and can well wonder what they got in return. That’s the biggest group of swing voters who need to be targeted, and they are concentrated in places like Michigan, Ohio, Pennsylvania, and Wisconsin. This plan speaks their language.

Biden’s plan was expected to draw on work by joint policy task forces appointed by Biden and Bernie Sanders. But if you compare the two documents, few of the task-force recommendations made it into Biden’s blueprint.

Some in the Sanders camp are complaining that Biden doesn’t go far enough. Where are the trillions of dollars for a Green New Deal? Where’s single payer health insurance? Where’s the overhaul of Wall Street? Isn’t the infrastructure shortfall well into the trillions? (I’ve made some of these points myself.)

And will this plan be enough to rally Sanders supporters? On substance, it’s a good start. There will be plenty of time for still more progressive policies, if we can just get Biden elected and get 53 or 54 seats in the Senate. Even the sainted FDR barely got started in his storied First Hundred Days.

And though Sanders ran a great campaign, Biden is the presumptive nominee. The plan isn’t what Sanders would have written, but it is clearly a move to the left.

And there is another invisible hand here worth crediting—Senator Elizabeth Warren. Almost exactly a year ago, Warren put out a plan calling for Economic Patriotism, astutely taking the nationalism theme away from Trump, but in a way that avoided jingoism and that resonated with American history.

Like Biden’s new plan, Warren called for aggressive investment in American industries and jobs, a reversal of corporate globalist trade policies, use of government procurement to put teeth in Buy American rules, and a crackdown on the predatory trade policies of other nations.

As Warren said in her speech of July 19, 2019, “If we want faster growth, stronger American industry, and more good American jobs, then our government should do what other leading nations do and act aggressively to achieve those goals instead of catering to the financial interests of companies with no particular allegiance to America.”

I have no inside information on the role that Warren did or did not play in the formulation of Biden’s new Made in America initiative. I do know that that they talk regularly and that she has influenced his thinking. I make no claims about whether this policy convergence boosts Warren’s stock as Biden’s running mate; but as always, I’m glad she’s there.

Taking back patriotism, and imbuing it with economic meaning can be one of the most effective means of showing up Trump and reclaiming the historic Democratic base.

That said, we should be seriously worried about one thing—and it’s not the question of whether Biden’s plan goes far enough. It’s the issue of who will get the top policy positions in a Biden administration.

Barack Obama and Bill Clinton often sounded progressive on the campaign trail. But when the dust settled, Wall Street allies had grabbed most of the policy positions.

So while its heartening to see Biden invoking FDR, progressives need to stay vigilant—not about whether the policy proposals are big and bold enough, but about who is pulling the strings offstage. That’s another reason to be grateful that Elizabeth Warren is evidently in the picture.

Robert Kuttner is co-founder and co-editor of The American Prospect, and professor at Brandeis University’s Heller School. His latest book is The Stakes: 2020 and the Survival of American Democracy. In addition to writing for the Prospect, he writes for HuffPost, The Boston Globe, and The New York Review of Books.