While many companies have trumpeted their support for the Black Lives Matter movement, others are beginning to face consumer pressure for not appearing to do enough. 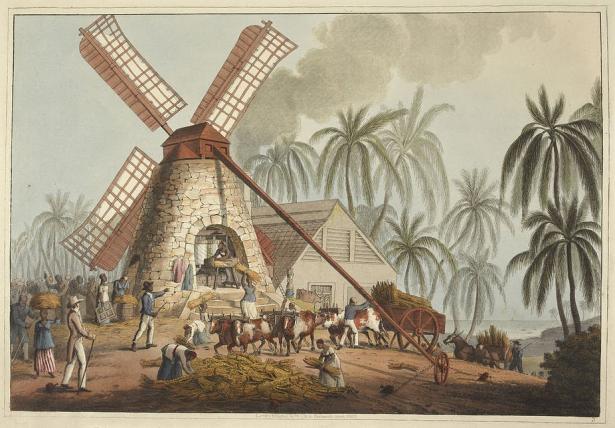 An illustration of a sugar plantation in Antigua. , The British Library

While many companies have trumpeted their support for the Black Lives Matter movement, others are beginning to face consumer pressure for not appearing to do enough.

For example, some people are advocating a consumer boycott of Starbucks over an internal memo that prohibits employees from wearing gear that refers to the movement. And advocates are urging supporters to target other companies under the Twitter tag #boycott4blacklives.

Consumers boycotts, which put power into the hands of people of even modest income and can lend a sense of “doing something” in the face of injustice, have a mixed track record. There have been some notable successes, such as consumer-led efforts to end apartheid in South Africa. But others, such as boycotts of the National Rifle Association and of Israel, have yielded little.

But it may hearten Black Lives Matter consumer activists to learn that the first-ever boycott – organized over 50 years before the term was even coined – was ultimately a success, if not in the way the woman behind it intended. I stumbled upon this history during research for my just-published book about the end of slavery in the British Caribbean.

In the 1820s, Elizabeth Heyrick felt disgust over Britain’s enslavement of people on islands such as Barbados and Jamaica in the West Indies, where large sugar plantations produced virtually all the sugar consumed in Western Europe.

Although England banned the British Atlantic slave trade in 1807, it still permitted people to own slaves in its colonies in the early 19th century.

Heyrick joined the abolition movement from a position of privilege and wealth. But after an early marriage to a hothead husband ended with his death in 1797, she converted to Quakerism and vowed to give up “all ungodly lusts.” She eventually found a passion for the antislavery movement, though with marked frustration for the slow-moving process of pushing bills through the English Parliament.

Contemptuous of the male abolitionists in Parliament whom she regarded as too willing to appease the wealthy slaveholders who clung to slavery as an economic pillar, Heyrick launched a campaign to get ordinary Britons to quit using the sugar produced on these islands and for grocers not to carry it.

If people must have the “sweet dust,” she said, they should at least make sure it was grown in Britain’s colonies in the East Indies – Bengal and Malaya – where canefield laborers were impoverished but at least technically free. 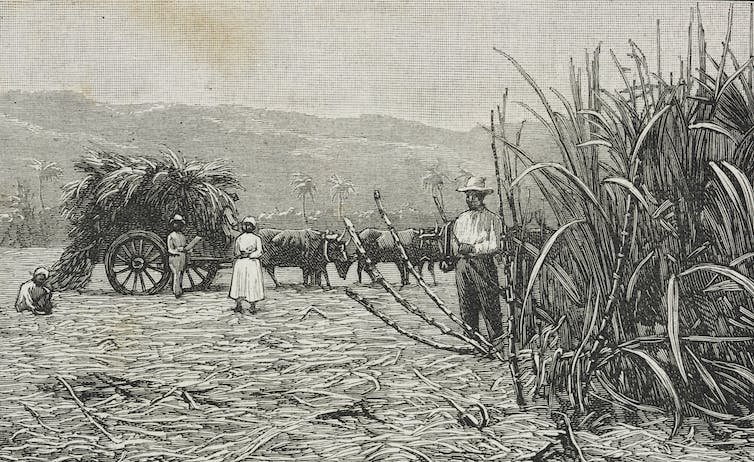 A printed illustration of sugar cane in Jamaica in the 1800s. Biblioteca Ambrosiana/Getty Images

Her campaign involved writing a series of booklet-sized polemics. In one such broadside, she asked those who favored gradual emancipation to reflect “that greater victories have been achieved by the combined expression of individual opinion than by fleets and armies; that greater moral revolutions have been accomplished by the combined exertions of individual resolution than were ever effected by acts of Parliament.”

“Let the produce of slave labor henceforth and for ever be regarded as ‘the accursed thing’ and refused admission to our houses,” she wrote. “Abstinence from one single article of luxury would annihilate the West Indian slavery!!”

Her focus on citizen-driven change through deliberate consumer activism was unpopular with her contemporaries who preferred negotiations among government officials to achieve their ends. 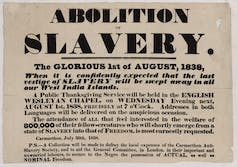 A poster advertised a chapel service in celebration of the abolition of slavery in 1838. The National Library of Wales., CC BY

Heyrick grew despondent with the seeming lack of progress from her boycott effort and died in 1831 without seeing her goal of “imminent emancipation” achieved. Her passing was barely noticed by British newspapers, yet her efforts would come to bear astonishing results very soon after her death.

Heyrick could not have known that an enslaved Baptist deacon in Jamaica named Samuel Sharpe was – while she was pushing for a boycott – reading about the anti-slavery movement she did so much to fuel, almost certainly including the “Quit Sugar” movement.

Heartened by the news that many people in the faraway capital of the empire were actually sympathetic to him and his fellows, he began to formulate his own revolutionary vision and preached about it and his plans for rebellion to select groups of elite slaves.

Sharpe’s rebellion, known as the Baptist War, began on Dec. 27, 1831. The uprising lasted less than two weeks and resulted in the destruction of dozens of buildings and killing of at least 500 slaves – both during the fighting and in reprisals. A giant pit had to be dug outside Jamaica’s Montego Bay to hold all the bodies. Sharpe was hanged a few months later.

But the mere demonstration of military competence – the rebels defeated the island militia in at least one head-to-head confrontation – made an impression like no other uprising had before and helped inspire the British Parliament to pass the Slavery Abolition Act of 1833, which abolished slavery in the West Indies. Full freedom wasn’t achieved until 1838.

The headlines of 19th century newspapers thus performed a double-function as they crossed the Atlantic. News of the sugar boycott helped inspired enslaved people to revolt, and news of their visceral unhappiness to the point of mayhem helped inspire the British Parliament to push for immediate abolition – which is what Heyrick had been saying all along.