C.T. Vivian’s Work in Chicago Shaped a Generation of Leaders

Two American heroes died Friday. The most well known was Rep. John Lewis, 80. The other was the Rev. Cordell Tindell “C.T.” Vivian, at 95. The lesser known part of his work — his years in Chicago — that changed the fate of the city and the nation. 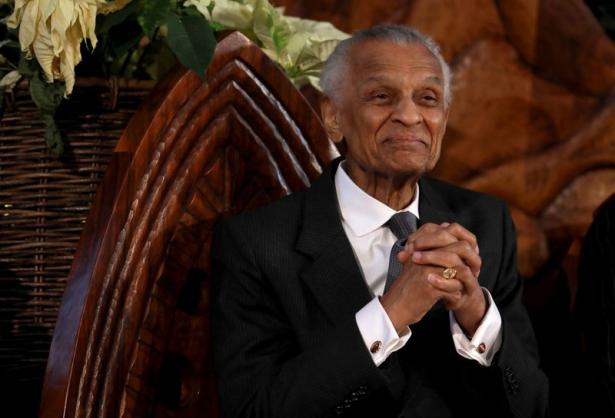 Vivian was already known in civil rights circles for his leadership of the early 1960s sit-ins and Freedom Rides in the South before he was recruited by Martin Luther King Jr. to the Southern Campaign of the Southern Leadership Council. Once there, Vivian became the bridge between King’s Southern Christian Leadership Conference and the more direct-action-oriented Student Nonviolent Coordinating Committee.

Working as an organizer for King in Montgomery, Birmingham and Selma, he was badly beaten by Selma’s notorious Sheriff Jim Clark the month before he stood with Lewis and others at the Edmund Pettus Bridge in March 1965.

Because of this history, Vivian would always have made it into the history books. But it is the lesser known part of his work — his years in Chicago — that changed the fate of the city and the nation.

Vivian arrived in Chicago in 1966 as part of King’s staff during his fair housing marches. While he was in Chicago, Vivian built up the city’s first multiracial organization — the Coordinating Council of Community Organizations.

It had been founded two years earlier by two civil rights icons, Bill Berry and Al Raby. Vivian and Bernard Lafayette turned the council into a center of discussion and activism, not only for Black churches and activist groups but for all of us in the emerging student, Puerto Rican, Mexican, anti-war and women’s movements.

At the time I was a newly minted organizer in Uptown, which was home to a predominantly Appalachian white community with pockets of Black and Native American residents.

While we had begun to work together with some South Side groups on issues of welfare, the Vivian-led Coordinating Council allowed us to see the connections among us. By the summer of 1966, Southern white women were marching with the South Side’s Arthur Brazier, Leon Finney and Bob Lucas, not only for welfare fights but through Marquette Park and into Cicero for open housing. They stood with Obed Lopez and the Puerto Rican community, calling for an end to the slums, and with Arturo Velasquez in the first stages of the emergence of Mexican organization in Pilsen.

The Coordinating Council ended in 1968, and Vivian left the city in 1972, but the effort was the first true “rainbow coalition.” However, it is not nostalgia nor a love of history that compel me to write about Vivian. Rather it is the enduring legacy of his life.

Also having left Chicago, I returned and jumped back into city politics as a media consultant to Harold Washington’s 1983 mayoral campaign. When I attended my first meeting I found myself surrounded by virtually all of those I had known between 1965 and 1969 plus some new folks; they were part of the Council’s Progressive Chicago Area Network, or PROCAN. It was this group that initially formed the core of the campaign that brought Harold Washington to office — Black leadership, with Raby and Berry still at the helm, along with former Students for a Democratic Society and civil rights activists as well as new voices such as Renault Robinson, Danny Davis, Conrad Worrill, Chuy Garcia, Luis Guttierez, Helen Shiller.

Harold Washington died in 1987, but the ties among all of us who worked with him were not frayed despite divergent lives and issues. So it was natural that years later, in the face of President George W. Bush’s march to war with Iraq, I was urged to organize a resistance effort. The first people I called together (this time by email) were those whose lives had been joined by C.T. Vivian.

[In October 2002, as the Tribune reported, a crowd of about 1,000 people gathered in Federal Plaza, where they heard civil rights icon, the Rev. Jesse Jackson, speak and also heard the more nuanced words of a young, still unknown state senator, Barack Obama.

And when Obama declared he would run for the U.S. Senate in 2004, this is the group that formed the first core of believers and boosters.

Moments matter, leaders matter. Movements create leaders as much as leaders create movements — and both pass. But what never fades are the relationships that bridge time and space, give us strength and propel us forward.

[Marilyn Katz is an activist, writer and president of MK Communications.]