labor The Narcissistic Meanderings of Donald J. Trump: Racism and the Working Class

Trump has used the same ploy utilized by Hitler: Create the straw dog of racism as a scapegoat to explain the plight of the working class and use this propaganda to convince people to betray their own class interests. 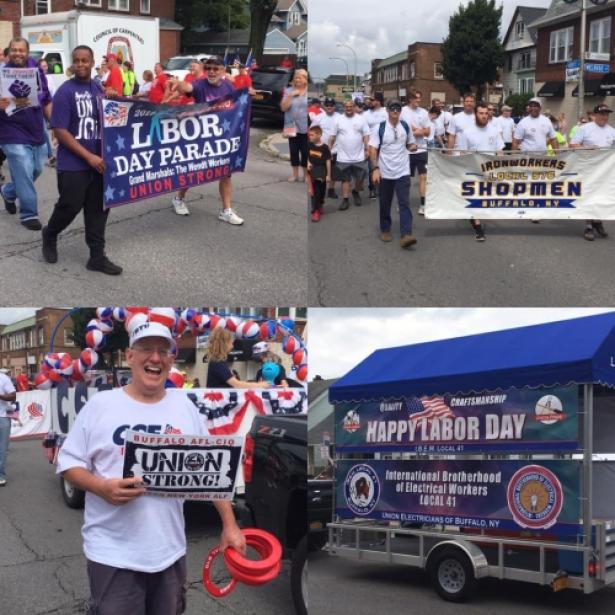 At the end of his life, Adolph Hitler was trapped in an underground bunker in the courtyard of the German Chancellory in Berlin. He was literally living underground with his closest collaborators. His life was a fantasy, where he moved imaginary armies around a map, ate chocolate cake and played with his dog, and 24 hours before he committed suicide was married. His megalomania was so extreme that he literally thought the world revolved around his every thought. At the very end he famously remarked, “It is not I who has lost the war, it is the German people”.

Today we see similar meanderings of a man his own niece, a clinical psychologist,  has diagnosed as a  deranged narcissist. While it is tempting to compare Trump to Hitler, that is not the point of this story. The point is the very dangerous place we all find ourselves because of the particular political logic that places Donald J. Trump in the office of the Presidency of the US.

We are in a crisis unlike any in American history. You can roll 1918, 1929 and 1968 into one and you will find 2020. A pandemic, an economic depression and civil strife to combat  racism have all come to visit us while Trump is president. This would be an unfortunate turn of events in the best of situations, where determined,  mature, and  thoughtful  political leadership might find a path out of the crisis. But we are not in that place. Instead, we are fighting for our lives and for our future against the leadership in the White House.

So why the Hitler analogy? After all, Trump has not started a world war, he has not authorized the industrial killing of an entire ethnic group, and he has not completely eliminated a democratic constitution. No, he has not achieved any such results…yet. What he has done, is begin the process of expanding political and social power in the direction of a more finished and sinister personal dictatorship.

In doing so, he has used the same essential ploy utilized by Adolph Hitler. Create a straw dog that explains the plight of the working class, set it up as the scapegoat and ultimate enemy and then use this propaganda to convince people to betray their own class interests. The straw dog he has created is the one used throughout the centuries by ruling classes who find themselves and their system challenged for power—the ugly political dogma of racism.

It is not an easy task to fool the majority of working class people into betraying their own class interests. For the working class, the everyday experience is one of exploitation.  The creation of all commodities is the end product of human labor. Everything we need be it shelter, clothing, food, etc.  is created through the use of raw materials, and the application of human or machine labor (machines that were also produced by human labor).  This is true throughout history whether an individual is a slave, a peasant or a wage laborer. The real question is who is the beneficiary of the production of things? Under a capitalist mode of production, the capitalist is the beneficiary. The worker receives a wage that is always less than the full value he or she produced. The amount of that wage is determined by the level of organization among the workers who have produced a given thing. However, as long as the capitalist owns the raw materials, the instruments or machinery of labor and the method of production, all  the extra value produced belongs to them.

Racism is introduced precisely to throw sand in the eyes of white workers and to distort and thwart the natural and  objective unity of all who are the victims of exploitation. In the USA this has a particularly long and brutal history, mainly because of chattel slavery. The African American people have been victimized by super-exploitation. They were exploited first as slaves then as workers. They have been exploited as a class of people who first, produce things of value, and second, as people of color who have been placed in a position of an oppressed race. In fact, and here the Nazi analogy is appropriate, they have been accused of being at the base of all the problems of the society. Just as the the Jews of Europe were characterized, somehow the African American people are the cause of the endemic problems of our society—to wit; crime, poverty, homelessness, lack of education, etc. These problems are not  said to be a consequence of the general  history of a society but, somehow, become the fault of those who have suffered the most in that same society.

It is in the interests of all working class people to struggle as one international force against those who exploit them all. Each country has its own history of struggle, and its own particular problems that form roadblocks to the united struggle. Our struggle to unite must take up these roadblocks and eradicate them in theory and in practice. To end the exploitation of the working class we must  fight racist ideology in our own ranks. This struggle is not easy, the weight of history is immense but, it can and must be done. The Brazilian revolutionary educator Paulo Freire famously stated, “This then is the great humanistic and historical task of the oppressed: to liberate themselves and their oppressors, as well”. Let us deepen this struggle so that it will make a profound difference and when successful will propel the cause of all working class people;  to liberate themselves and all of humanity at the same time.

Richard Lipsitz is President of the Western New York Area Labor Federation.  Please note that the above article is written in a personal capacity and his title is listed for identification purposes only.