Lack of water access could make living through the pandemic deadlier, given that many will not be able to bathe, wash clothing, and disinfect surfaces as often as needed to avoid infection. 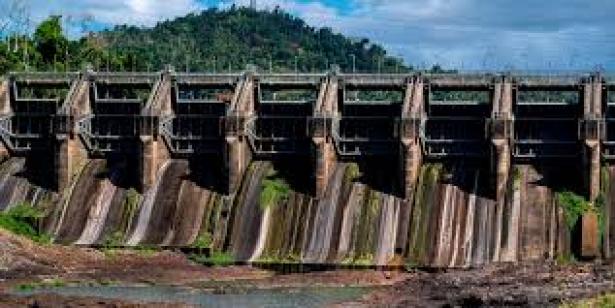 Puerto Rico reversed its reopening last week after seeing a surge of new COVID-19 cases. While the rollbacks are similar to those in many parts of the U.S., one big factor compounds the risks faced by the island: 140,000 residents are subject to government-mandated water rationing and lose access to their faucets every other day.

Puerto Rican Governor Wanda Vázquez declared a state of emergency late last month after weeks of drought. Rationing began in June with 24-hour shutoffs every other day for affected residents. Lack of water access could make living through the pandemic deadlier, given that many will not be able to bathe, wash clothing, and disinfect surfaces as often as needed to avoid infection.

Both May and June were uncharacteristically dry months on the island, and the territory’s reservoirs had been significantly depleted by the time July came around. According to the U.S. Department of Agriculture’s Caribbean Climate Hub, more than 70 percent of the island was still abnormally dry as of last week, and a little more than half of the island was still experiencing moderate drought.

The situation does not appear as though it will improve any time soon: As of last week, several reservoirs on the island saw decreases in water levels, and fewer than half saw their water levels hold steady. Only one reservoir saw an increase in its water level.

South Puerto Rico, which is experiencing some of the worst drought, has also experienced ongoing earthquakes and aftershocks since late last year. Governor Vázquez declared another state of emergency on the island during the worst of the earthquakes in January.

Luis Alexis Rodriguez-Cruz, a University of Vermont PhD candidate researching climate change’s effects on Puerto Rico, currently lives near a cattle farm in Juana Diaz, an area in the South. Livestock that roam the mountains and fields have less and less to eat as dry conditions persist throughout the region.

“You can see the animals’ ribs,” he said. “Everything looks brown and dusty in the mountains.”

Rodriguez-Cruz pointed out that it’s natural for Puerto Rico to have dry months, but he added that climate change is worsening droughts throughout the Caribbean. Puerto Rican officials also declared a drought disaster in July 2015 after more than 80 percent of the island experienced a water deficit.

Ruth Santiago, a lawyer representing Queremos Sol, a coalition of environmental organizations in Puerto Rico, pointed out that the island’s medical system is still fragile following Hurricane Maria’s devastation in 2017. Chronically ill and immunocompromised residents may not be able to find ways to cool down when it becomes unbearably hot, and it may be dangerous for those residents to go without steady access to water.

Both Santiago and Rodriguez-Cruz said that they feel that water rationing is worse than it could be if more island officials had prioritized making the utility system resilient to climate change. Santiago blamed low water reserves on the significant water needs of the island’s electricity system.

Most of the water in Puerto Rico is distributed through the system of reservoirs, many of which have not been dredged for many years. (Dredging is a way to rid the water of sediment so that the reservoir does not needlessly lose water.) According to EcoWatch, the government-operated Carraízo reservoir has not been dredged since the 1990s.

“Reservoirs don’t get maintenance, and it’s making it evident that [the] government is inefficient,” Rodriguez-Cruz told Grist. “There’s not enough focus on resolving it.”

Santiago and Rodriguez-Cruz said that they hope that Puerto Rico’s leadership will take actions to secure the island’s future, such as creating incentives for farmers to consider weather-resilient crops and livestock that won’t lead to significant losses in the face of a drought or other extreme weather event.

“This is a very critical time [for the island] and we’re not looking for reconstruction,” Santiago said. “We’re looking for transformation.”