Local prosecutors shouldn’t trust the reports of officers with prior misconduct. Local prosecutors must use the power and discretion afforded them to carry out sweeping reforms that will protect the public — especially Black communities... 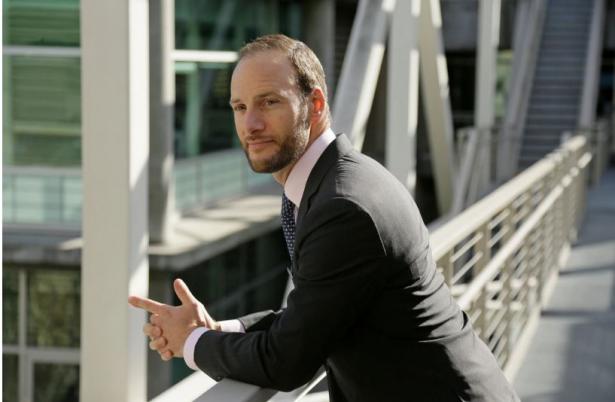 The failure of both Congress and state legislatures to respond to the murder of George Floyd with any meaningful action reminds us that our nation’s attempts at reform can often amount to nothing. We need to look elsewhere for reform — to local prosecutors.

As the police killings of Mr. Floyd, Breonna Taylor and Rayshard Brooks have demonstrated, the police typically don’t answer to the federal government or state legislatures; they are accountable to local prosecutors, who make decisions about if, when and how to charge officers. Demanding that prosecutors charge police officers who kill without justification is a crucial step, but it is only the beginning.

Local prosecutors must use the power and discretion afforded them to carry out sweeping reforms that will protect the public — especially Black communities — from police violence. Our system’s integrity depends on it.

We should start with the basics: Police officers are unlikely to be held accountable if the prosecutors investigating and potentially prosecuting them feel indebted to them. And police unions remain one of the most powerful sponsors of prosecutor elections nationwide. Together with three other elected and former district attorneys, I recently pledged to never accept endorsements or contributions from law enforcement unions, and called on the California State Bar and the American Bar Association to cure this conflict of interest by prohibiting prosecutors from taking money or support directly from police unions.

We know what can happen when prosecutors get too cozy with the police. The refusal to prosecute the police after the deaths of Stephon Clark in Sacramento in 2018 and Sean Monterrosa in Vallejo, Calif., in June are just two local examples of the system’s failure. Similarly, it took intense public pressure before prosecutors brought tepid, third-degree murder charges against Derek Chauvin — later amended to second-degree murder — who kept his knee on George Floyd’s neck for nearly nine minutes, even though the case had compelling cellphone footage.

Prosecutors must do now what we should have done long ago: Prosecute offending officers and adopt measures that focus on increasing transparency, accountability and equal justice in a system plagued with impunity for the police and racial injustice. In order to fix the problems nationally, prosecutors should aim big, beyond our own agencies. The overwhelming majority of Americans support police reform.

Police reform will be more effective and durable with buy-in from prosecutors nationwide. As the recently elected district attorney of San Francisco, I have begun this work.

Together with Shamann Walton, a San Francisco County supervisor, I drafted a resolution to prohibit hiring officers from other jurisdictions with prior misconduct findings — for things like excessive force, racial bias and dishonesty in reporting or investigating cases. Because of California’s Police Officer’s Bill of Rights, even as San Francisco’s district attorney I have no way of knowing how many of our police officers have histories of serious misconduct.

But we need to do more. If police departments won’t remove officers who lack integrity, prosecutors should ensure that no one is prosecuted based on those officers’ unreliable accounts. Accordingly, my office will no longer charge cases that rely solely on uncorroborated reports from officers with prior serious misconduct. This policy — not to seek convictions on the word of individual officers whose testimony we have specific reason to doubt — will prevent wrongful convictions, deter future misconduct and build public trust.

We also created a policy requiring prosecutors to review police body camera footage before filing charges in any case that alleges resisting or assaulting an officer. Officers sometimes fabricate such charges against people on whom they used excessive force as a way to cover up their own misdeeds. If prosecutors don’t watch the videos ourselves, we risk being complicit in prosecuting victims of police violence.

What’s more, my office expanded our victim services to include victims of police violence. We define who is a victim — not the police. And we must repair the wounds.

Prosecutors must protect everyone — including communities of color that are often brutalized by those entrusted to keep them safe. Communities need to rethink prosecutors’ roles and demand proactive work to hold the police accountable and protect the public from police abuse.

For decades, prosecutors have excused and sometimes perpetuated the systemic problems in our police forces. Now it is time for us to stand up and accept responsibility for fixing them.

[Chesa Boudin is the district attorney of San Francisco.]