Dispatches From the Culture Wars - Antisemitism: The Enemy, The Issue

"Antisemitism from left and right" has become a common expression - but is it accurate? How is it understood? 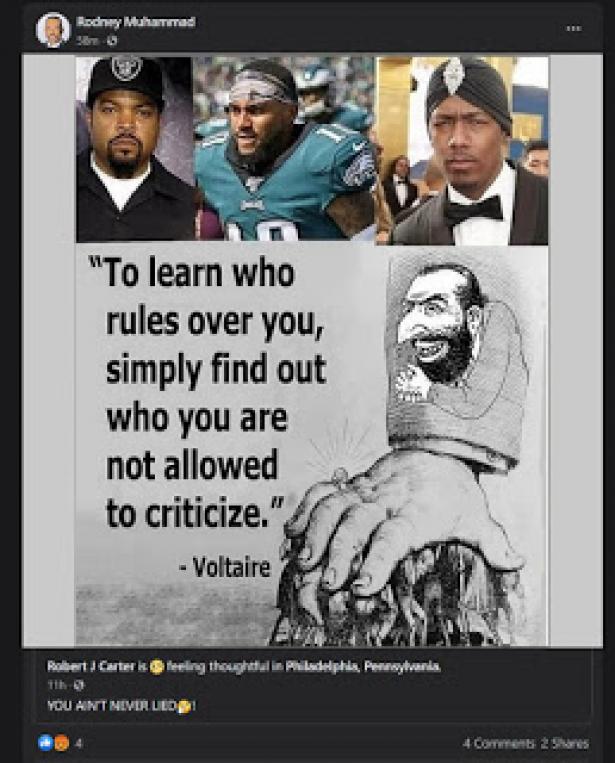 Antisemitism On the Rise

Across continental Europe, right-wing parties that have long voiced anti-Semitic rhetoric have lately been growing stronger.

It’s Political - And It Comes From the Right

A Voice From Jews of Color

I struggle with my connection to Judaism. Entering Jewish spaces often means entering white spaces and being subjected to anti-Blackness and questions about whether I truly belong, an experience that’s common among Jews of color.

The Charge Against Rodney Muhammed  By Michael Tanenbaum  July 29, 2020  PhillyVoice

Many people, including some Jews, attempt to “ethnicise” antisemitism. To construct it as a peculiarly “Black problem” or “Muslim Problem.” This is not a new phenomenon but it does seem to be gaining ground in the current moment - not coincidentally amidst the largest global Black liberation struggle in several generations.

Bring Me the News

A Republican group in Minnesota was the subject of complaints after sharing a meme on Facebook that likened the wearing of face masks to the Holocaust.

The Charge Against Rebecca Long-Bailey  By Peter Bolton  June 29, 2020  The Canary

When the Conservative Party Stands Naked  By Lee Harpin  July 13, 2020  The JC

Soros and the “Jewish Conspiracy”