New Studies Shed Light on the Origins of Life

Two studies move us closer to understanding the origins of life on our planet. They may also help with another of the great mysteries of science - helping us to understand where to look for life on other planets. 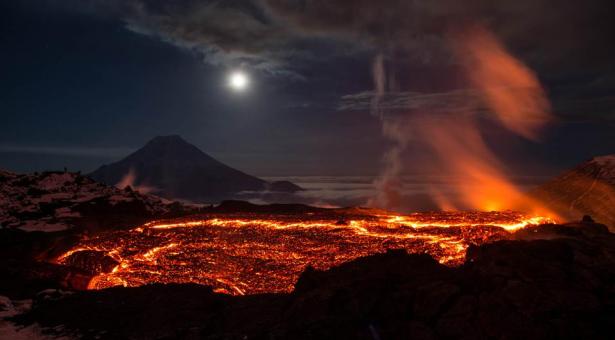 The early Earth would be barely recognizable, GETTY

How did life begin? How did the Earth go from a molten, lifeless rock to one flourishing with life - from bacteria to redwoods? How were the building blocks of life - the RNA and DNA that are responsible for the origin of life - first assembled? Understanding these very first steps is one of the greatest mysteries of science. But this week, two studies move us closer to understanding how life began.

Three Ingredients for the Origin of Life

You probably wouldn’t recognize the early Earth. It had little oxygen and no ozone layer, so the sun’s radiation was intense. But somehow, it had the ingredients for life to eventually form. These ingredients are water, radiation, and the right molecules.

Why water? Astronomers who search for life among the stars always look for water. When they say a planet is potentially “habitable”, they mean liquid water can exist on the surface. Everything else is details. After all, there is life on Earth that doesn’t need sunlight, that doesn’t need oxygen, and life that can survive in high radiation. But all life (at least that we know of) needs water. 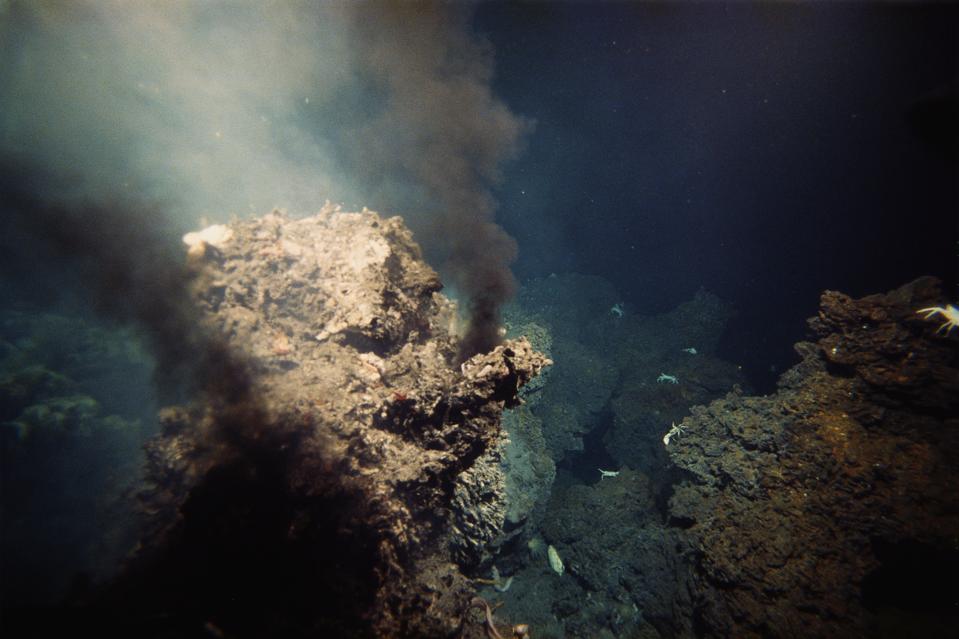 Small crabs and other sea creatures live near a hydrothermal vent on the ocean floor, existing in an ... [+]

Water is a polar molecule. As such, it can dissolve all sorts of materials within it, taking them apart at the molecular level and rearranging them. It is this ability to dissolve and reassemble that gives water its superpower - the ability to create new, complex compounds.

There may be other liquids that could work - namely, ammonia and formamide. Both are polar and are good solvents. However, ammonia needs to be very cold to be a liquid, and formamide has no indication so far it could support life. You may wonder - what about methane or ethane? Lakes of methane exist on Saturn’s moon Titan. While methane is not polar, it is a good solvent.

But both methane and ethane need to be quite cold to be in liquid form. So for Earth, water is perfect. Earth’s temperature exists in the sweet spot for water - where water can exist as a solid, a liquid, and a gas, allowing it to cycle through the atmosphere and on the ground. 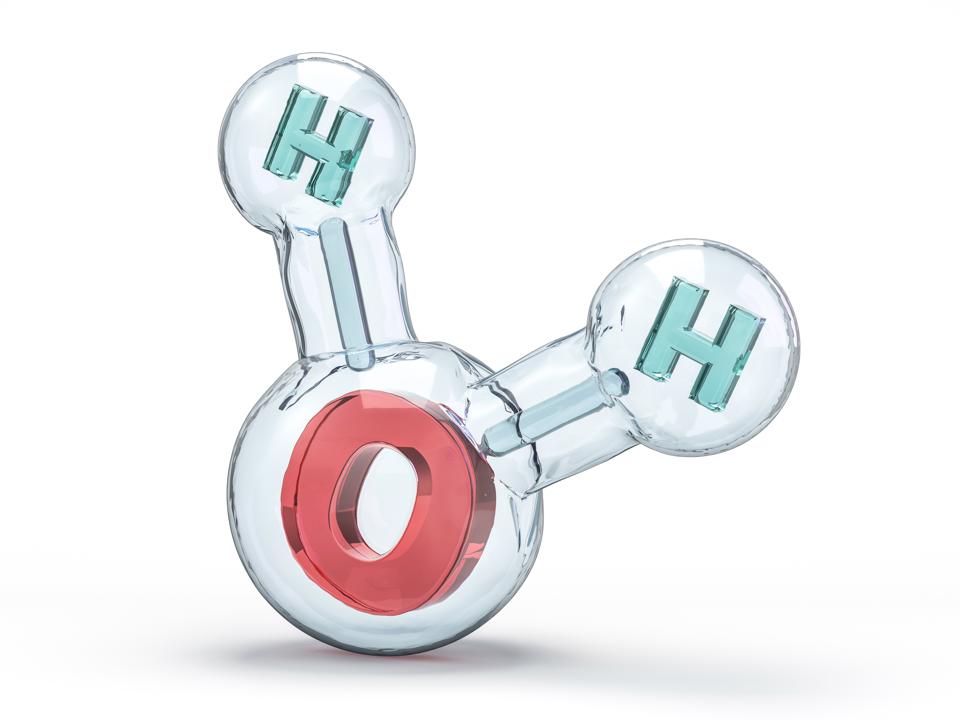 A water molecule is polar. The side with hydrogen is more positively charged than the side with ... [+]

Secondly - we need radiation. Radiation was also common on the young Earth. Without an ozone layer, the Earth’s surface was bombarded with UV radiation from the sun. There were also radioactive materials on the Earth’s crust itself.

Water and radiation, the first two ingredients, allow the mixture of compounds that may exist in the young Earth to be disassembled, rearranged, and eventually create the building blocks of RNA and DNA.

The first study, published in the PNAS, was presented by researchers from the Tokyo Institute of Technology, the University of New South Wales and the Department of Planetary Sciences at the University of Arizona. These researchers utilized something called “continuous reaction networks” which can simulate the conditions of the early Earth. You can think of it as a “hands-off” approach. Once the reaction begins, the researchers don’t remove side products, purify compounds or add more reagents. The reaction takes its course, just like it would in the prebiotic Earth.

The researchers added just a few compounds at the start of the reaction - hydrogen cyanide, ammonia, phosphate, and salt (like you would find on your table) - plus, of course, water. To simulate the effect of radioactive materials in the early Earth, they added a gamma-ray source. Then they allowed the mixture to dry out occasionally, just like it would in a shallow puddle or at the seashore on Earth.

The result? Complex compounds that could be the building blocks for RNA.

“These types of continuous reaction networks may be quite common in chemistry, but we are only now beginning to build the tools to detect, measure, and understand them,” says Jim Cleaves, one of the authors of the paper at the Earth-Life Science Institute at the Tokyo Institute of Technology. 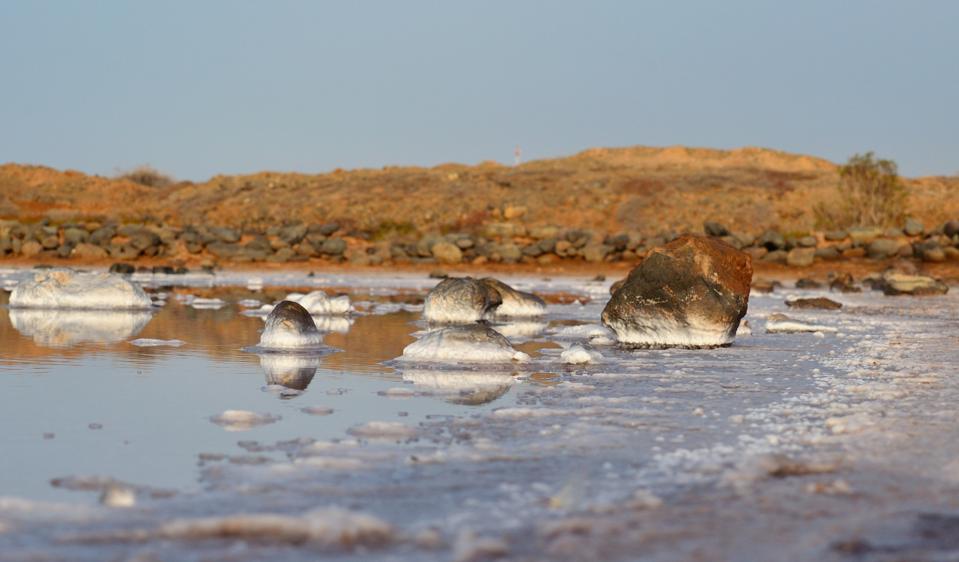 Repeated evaporation near the edge of the sea or a puddle could help the formation of RNA and DNA.

It was commonly thought that the first steps to life was the generation of RNA. While DNA can carry complex instructions and blueprints for genes, RNA can also act like little machines, generating proteins needed for life. It was commonly believed that RNA came first, followed by DNA.

But a recent study published in Nature challenges this idea.

The researchers, from the MRC Laboratory of Molecular Biology on the Cambridge Biomedical Campus, Cambridge, the Wrocław University of Science and Technology, the University of Edinburgh and the Polish Academy of Sciences, performed an experiment. Again, they used a mixture of compounds, water, and radiation (this time, a UV source that mimics the sun) and allowed the mixture to periodically dry out.

They saw the appearance of the building blocks of RNA - cytidine and uridine - but they also saw a building block of DNA - deoxyadenosine. The researchers suggest that DNA did not necessarily follow from RNA, but could have “evolved” alongside it. 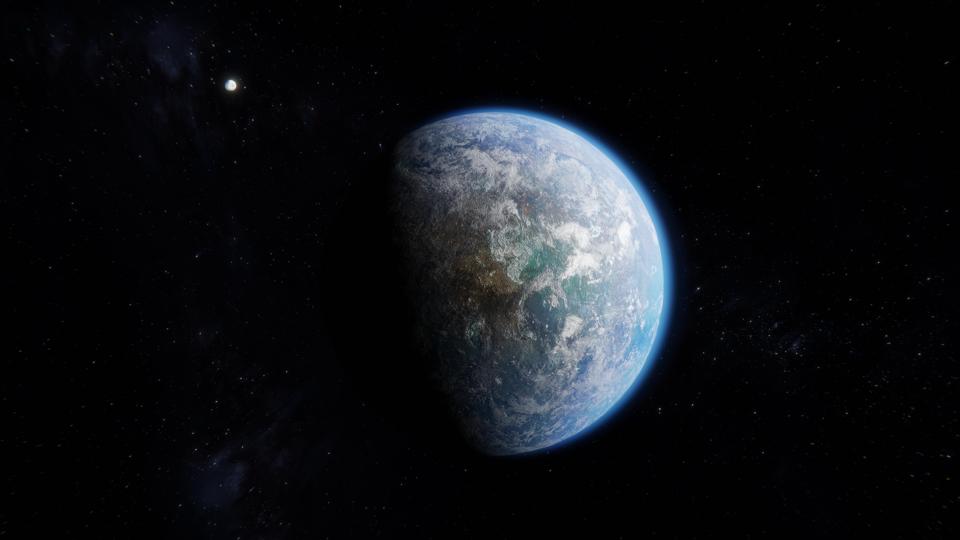 Understanding how life formed on Earth may help us to know where to look for life on other planets.