Why I Am Voting No on the Democratic Party Platform

History teaches us that sometimes an issue is so great that it should be the yardstick for measuring the wisdom of voting for or against the platform. And Medicare for All is that issue. 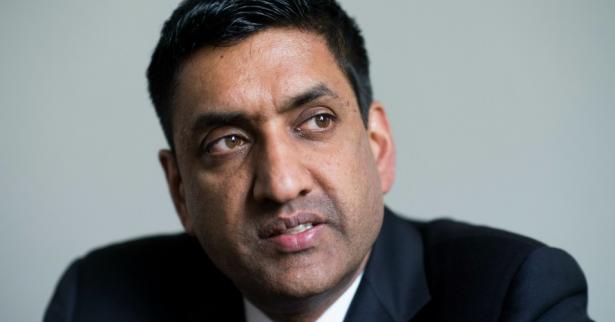 I will do everything possible to help end the disastrous presidency of Donald Trump, and that means emphatically supporting Joe Biden and Kamala Harris. At the same time, after much deliberation, I am announcing via this article for Common Dreams that I will not be voting for the platform (pdf) that has been put in front of Democratic National Convention delegates for our approval.

To be clear: I respect and appreciate the people who worked to put this platform together. I know those who worked on it did so with a strong sense of purpose, wanting to make this a better party. And I recognize that the platform includes many positive planks. Among its breakthroughs is a call for a federal minimum wage of $15 an hour. There's much progress embodied in the platform.

"I will be voting 'No' on the platform because when we say that healthcare is a human right, we must truly mean it—and fight for it."

Yet history teaches us that the Democratic Party has sometimes faced an issue so great that it alone should be the yardstick for measuring the wisdom of voting for or against the platform. This is one of those times.

In 1948, there was going to be a split in the Democratic Party regardless of the national convention's vote on civil rights. Those who stood up and demanded a plank for civil rights in the platform fundamentally changed our party's direction.

Likewise, in 1968, I also believe that I would have stood up and not supported a platform that failed to clearly call for ending the U.S. warfare in Vietnam.

In my view, 2020 presents us with another such issue.

I believe that moving away from a profit-based healthcare system is the moral issue of our time. And in the final analysis, because of that belief, I could not vote for a platform that lacks a clear statement supporting Medicare for All.

I have heard the arguments made as to why I, or any other delegate, should just get in line and vote for the platform. Two of those arguments resonated, and I would like to address them.

"With Trump in the White House," some might say, "we need 100 percent unity, and anything that would chip away at unity is dangerous to undertake—including a no vote on the platform."

No doubt, the specter of four more years of Donald Trump is a compelling argument for unity—but the thing is, I see a vote of conscience against the platform as an ultimate show of unity. A party that cannot embrace honest debate and differences of opinion would be too rigid to learn or to grow wiser.

Some may ask: "Why does the left have such a hard time understanding that you don't get 100 percent of what you want, that the truly great gains are made incrementally?"

To this I say, nobody understands the realities of incrementalism better than progressives. Harry Truman ran and won on universal healthcare in 1948, and it was part of Democratic Party platforms until 1980. Thirty-six years later, the 2016 platform merely called for lowering the eligibility age for Medicare to 55. The 2020 platform proposes raising the goal to 60. That is not incrementalism; that is moving backwards.

"I see a vote of conscience against the platform as an ultimate show of unity. A party that cannot embrace honest debate and differences of opinion would be too rigid to learn or to grow wiser."

I will be voting "No" on the platform because when we say that healthcare is a human right, we must truly mean it—and fight for it. I believe if we remain stuck on such concepts as "affordable" when talking about solutions to healthcare accessibility, we are badly constrained inside a limited debate.

I will cast my one vote of "No" for every person who has had to ration medication to afford food, or who has lost a loved one because a procedure that a doctor said was needed was not covered in an insurance plan.

I will cast a "No" vote because, in the words of our great Democratic National Committee member from Iowa, Jodi Clemens, "Our friends are dying"—and I want my party, the Democratic Party, to address this moral problem with clarity of moral purpose.

As James Baldwin wrote, "Not everything that is faced can be changed, but nothing can be changed until it is faced." We are now long past the time when our country should face the cruel injustice of a system that denies healthcare as a human right. And when we face it, we can change it—with Medicare for All.

Ro Khanna (D-Calif.) is a member of the U.S. House of Representatives, where he serves as the First Vice Chair of the Congressional Progressive Caucus. He was a national co-chair of the Bernie Sanders 2020 presidential campaign. After an organizing drive by Sanders delegates in the state, he was elected as a co-chair of California’s delegation to the 2020 Democratic National Convention. Follow him on Twitter: @RoKhanna