books Why Caste? And Why Now?

Wilkerson, in this new book, asks us to rethink our current discourse on race. Reviewer Eisenstein is skeptical, and finds the book's argument unconvincing. 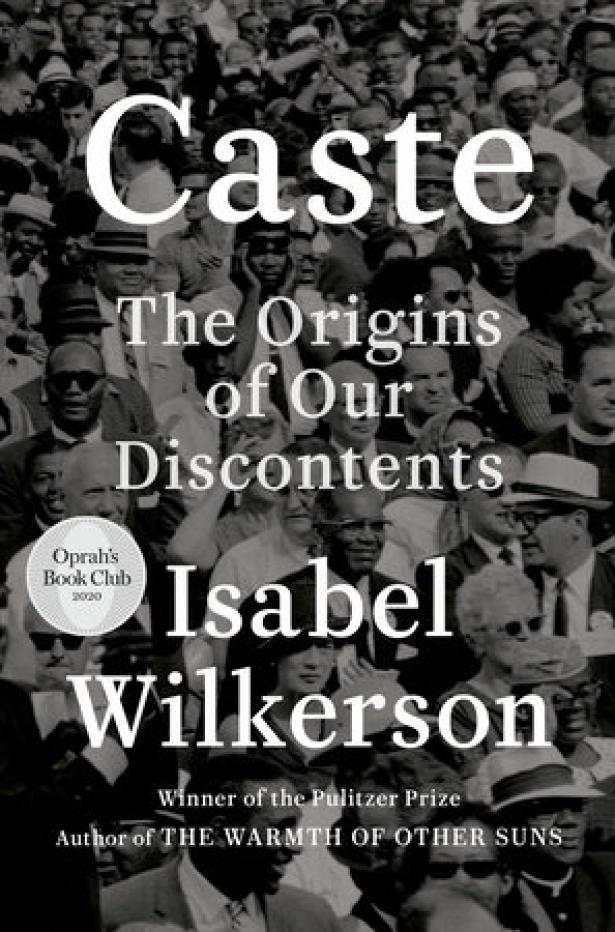 Isabel Wilkerson has written the book that she wanted/needed to write, but I am not sure it is the book that is needed for these times of Black Lives Matter protests. And, to be fully honest, I cannot help but wonder why all the initial reviewers also endorse the privileging of caste as a necessary guide for seeing race/ism. Oprah, too, joined the praise and chose it for her book club. So, I started reading already, a bit annoyed. Really? Caste expresses racism better than race can for our particular history and present?
Wilkerson almost seems unaware of the long-standing discussions about the relationship between race and class and caste and gender that have been happening for decades.  And many of the parallels and connections and analogies that she is so enamored with between Black racism, Nazi anti-semitism, and Indian dalits are neither new or illuminating of the spectacular differences that need accounting.
She instead is caught up in drawing on the similarities. This focus has her overestimating the universality and ubiquity of caste hierarchy. Caste allows for an abstracted notion of Black racism and distances us from the incredible intimacy of racial hatred.
Isabel Wilkerson chooses caste as the better term/concept to explain racism. She says that after writing The Warmth of Other Suns she wanted a way of highlighting the hierarchical structural architecture stamping Black people. Caste felt more important and definitive to the deepness of racism. But, I think the concept caste is not big or complex or specific enough to encompass the history of Black racism in the US.
Language means everything. We see with it. We need to see the bodies—intimately and politically that are enslaved, and disrespected and exploited. In this time it has never been more important for this his-tory of white supremacy—its militarism, its capitalism, its misogyny to be named and seen as part of racism. I am wanting a language that insists on seeing deeply—the legacy of racial hatred embedded in white supremacy and misogyny. Caste takes us elsewhere.
Wilkerson thinks “race is the visible decoy of caste.” But race/ism isn’t a decoy. It is an embodied elaborate system of white supremacy that amasses itself in and with an entire network of structural punishments through race and class and sex and gender.
For her caste hierarchy is the structural problem—universal and structural and fixed and rigid. “Caste is the bones, race the skin”; meaning caste is rigid, and race is fluid. This might be my favorite line of the book for its clarity but it does not work for me.
She quotes Andrew Hacker to say that “the physical traits of race surpass all others in intensity and subordination –even gender.” I do not agree. The physicality of racism and sexism implode together with each other in the bodies of Black women.
Wilkerson does not discuss gender so her entire conception of both race and caste feels exclusionary of the Black women upon which racism in chattel slavery is constructed. Black women express the most intimate and political hierarchies of racism. One cannot fully understand the hierarchy of caste or race without the Black female body it is written with and on. She cannot get at the depth and complexity of caste or racism with a genderless visor.
Wilkerson chooses writing of dominant castes and favored castes and upper castes rather than white and black and brown people. Her middle castes are Asian and Latino; and subordinate castes—are African American, indigenous. Caste categorizations feel like they obfuscate the very importance of color and flesh that is part of constructing racisms.
She is very taken with uncovering Martin Luther King’s connection to the “untouchables” narrative and the connections between Indian caste Dalits and Blacks. But these revelations are not new, nor do I think they are of great consequence in digging more deeply to the connectors between differing racialized systems of oppression. She is looking for similarities rather than differences and it is both that elaborate the uniqueness of Black racism in the US.  It is the uniqueness that is the challenge to overcome.
Wilkerson writes of the resurgence of caste in the 2016 election. Again, this just sounds like a kind of white-washing of racism to me. The specificity of white supremacy and its racist misogyny is what needs naming in 2016 and for 2020.
Near the end of her book Wilkerson says: “A world without caste would set everyone free”. But I am not sure this is really helpful or instructive —how is this a more complex or helpful statement than saying “A world without racist/sexist/capitalist ableism would set everyone free”, unless caste has become your universalized abstract concept encompassing all hierarchies.
If  Wilkerson is trying to show the intransigence of US racism in the sense that there is a structure that must be dismantled and she thinks caste positions the structure at its core,  and not simply the people caught in this web—I don’t think it does so. I think caste displaces race and with it, class and gender.
For me, the racisms of chattel slavery and Nazi Germany and Indian Dalits are not constructed at the site of caste, but from “the body. Racism takes physicality and writes hatred with hair, and noses, and color. A world without hatred would set everyone free.  This has us looking at our bodies, and what we do to other people’s bodies and how we write hatred on them. We then are part of the structure of racism that must be changed and set free.  I think that James Baldwin might side with me here.
Of course we each get to write the book we want to.  And we each get to respond.
Zillah Eisenstein is Professor Emerita of Political Theory, Ithaca College, NY. Visit her website to access her writings from Al Jazeera and Feminist Wire. http://zillaheisenstein.wordpress.com. Her newest book, ABOLITONIST SOCIALIST FEMINISM; Radicalizing the Next Revolution https://monthlyreview.org/product/abolitionist_socialist_feminism/, was published by Monthly Review Press, 2019.
Subscribe to Portside