What We Know So Far About Kyle Rittenhouse, the 17-Year-old Shooter in Kenosaha

Kyle Rittenhouse's Facebook page, which was deactivated Wednesday morning after his bond court appearance, pays repeated homage to law enforcement, including a picture of him holding a long-arm rifle and framed with the “Blue Lives Matter” logo. 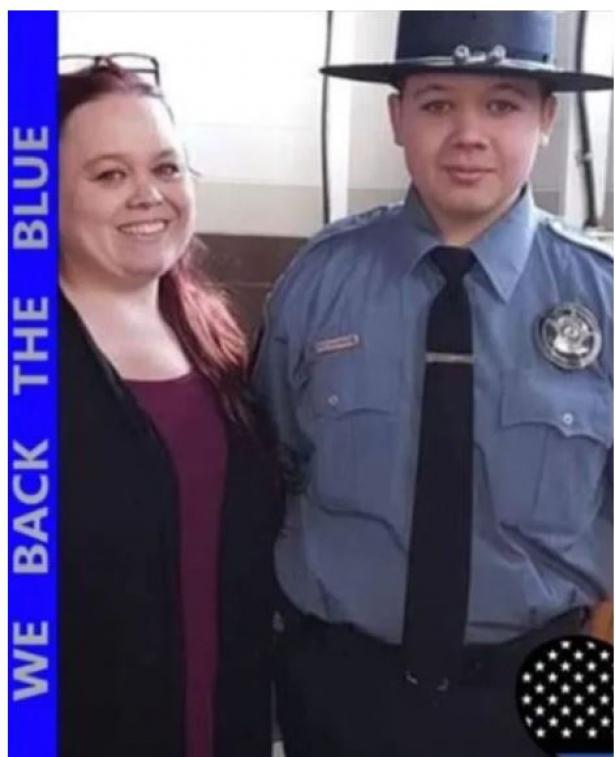 There’s one absolute truth about Kyle Rittenhouse, the alleged vigilante who has been arrested in connection with a violent Kenosha night that left two people dead and another wounded.

His Facebook page, which was deactivated Wednesday morning after his bond court appearance, pays repeated homage to law enforcement, including a picture of him holding a long-arm rifle and framed with the “Blue Lives Matter” logo. Several posts also honored officers who died in the line of duty, while another shows him wearing a T-shirt with the logo for a popular police apparel manufacturer and Crocs emblazoned with the American flag.

The young man also has a yearslong affiliation with local police cadet programs, with photographs on social media showing him in full uniform complete with a badge, arm patch and trooper-style campaign hat. The Grayslake, Lindenhurst, Hainesville Public Safety Cadet program had pictures of Rittenhouse participating in its activities on social media before its Facebook page also was taken down Wednesday.

Kyle Rittenhouse, 17-year-old from Antioch, Illinois, is arrested in connection with fatal shootings during Kenosha protest »

Yet it was Rittenhouse’s own local Police Department that arrested him around 5 a.m. Wednesday in Antioch, where he lives in an apartment complex with his mother. He was taken into custody as a fugitive from justice, wanted for first-degree intentional homicide in Kenosha.

He is being held at a Lake County juvenile detention facility pending a hearing on his potential extradition to Wisconsin, according to the sheriff’s office.

Rittenhouse attended an Iowa Trump rally in January, and video from the event shows him cheering for the president from the front row. The teen also posted a video from the rally on one of his two TikTok accounts.

His other TikTok account contains a video of himself firing a semi-automatic rifle at a target, while the song “Sail” by Kreepa plays. The rifle in the video, which was posted earlier this month, appears identical to the one he was seen carrying Tuesday night.

White House senior adviser Kellyanne Conway was asked Wednesday night about Rittenhouse attending the Trump rally. “We’re not responsible for the private conduct of people at our rallies any more than … all the crazy people who have been involved with the Obama/Biden campaigns or other things,” she said.

Two people were killed and another was injured in gun violence that erupted just before midnight in Kenosha, though authorities said they had not yet determined if there was more than one shooter involved. They would not answer questions about which death Rittenhouse is charged with.

Kenosha County District Attorney Michael Graveley said his office would “have to make some determinations about, at least preliminary decisions about charges or holding (the suspect) by the end of the day (Thursday).”

Authorities said the two people shot to death were a 26-year-old Silver Lake resident and a 36-year-old Kenosha resident. A 26-year-old from West Allis was injured. Authorities did not release their names.

A video posted early Wednesday shows a young man who appears to be Rittenhouse talking on the phone as he runs away from a man with a bullet wound on his head.

”I just killed somebody,” a voice on the video can be heard saying.

It’s unclear why Rittenhouse decided to involve himself in the unrest in Kenosha following the police shooting of Jacob Blake, a Black man who was shot multiple times in the back at close range on Sunday. In videos posted Tuesday night before the latest shootings, an armed Rittenhouse can be seen hanging out with older men who are carrying weapons and saying that they are protecting a boarded-up gas station.

The Kenosha Guard, a vigilante group that patrolled the city’s streets Tuesday night without the sheriff’s blessing, released a statement Wednesday morning saying it did not know whether the shooter had any connection to the group. It also cautioned the public to wait until the facts emerge before weighing in on the case.

In an interview with the Daily Caller that night, Rittenhouse refers to his presence as his “job” and explains his self-appointed responsibilities in policelike vernacular.

“People are getting injured and our job is to protect this business,” Rittenhouse says in the 19-second clip. “And part of my job also is to protect people. If someone is hurt, I’m running into harm’s way. That’s why I have my rifle; I’ve gotta protect myself obviously. But I also have my med kit.”

In another video clip, officers in an armored vehicle toss bottles of water to Rittenhouse and other armed civilians. Though the people are clearly violating the city’s 8 p.m. curfew and Rittenhouse is too young to openly carry a firearm in Wisconsin, the officer expresses his gratitude for the group.

“We appreciate you guys,” the officer says. “We really do.”

“Our deputies would toss water to anybody,” he said.

The sheriff also downplayed video indicating police let Rittenhouse walk past them with a semi-automatic rifle over his shoulder as members of the crowd were yelling for him to be arrested because he had shot people. The lack of response, however, allowed Rittenhouse to return to Antioch, a far northern suburb more than 20 miles from Kenosha.

Court records indicate that Rittenhouse worked as a lifeguard at a YMCA in suburban Lindenhurst. A YMCA spokeswoman told the Tribune that Rittenhouse was a part-time employee who has been furloughed since March because of the pandemic.

“We abhor the recent violence in Kenosha,” said Man-Yee Lee, communications director for the YMCA of Metropolitan Chicago. “Our condolences go out to the families of the victims in this incident. The YMCA of Metro Chicago is committed to racial equality. We stand with the Black community against violence toward Black and Brown people, including police brutality. We also support the right to assemble to advocate against injustices prevalent in our society, including systemic racism.”

Rittenhouse attended the Lake Villa school for one semester as a freshman in 2017, said Jim McKay, district superintendent. McKay said he didn’t know why Rittenhouse left the district or what school he attended afterward.

”I don’t know the details of his departure,” said McKay, who added that he doesn’t believe the teen had been involved in any sports or extracurricular activities. “He was with us for such a short period of time.”

In January 2017, his mother sought an order of protection, accusing one of Rittenhouse’s classmates of bullying her son with taunts of being “dumb” and “stupid,” as well as threatening to hurt him. Wendy Rittenhouse, a single mother who works as a nurse’s assistant, expressed concern for her son’s safety but ultimately dropped the request, according to Lake County court records. She could not be reached for comment Wednesday.

Last week, Rittenhouse received a speeding ticket and a citation for driving without a license in Kenosha.

[Stacy St. Clair joined the Chicago Tribune in 2007. Before that she reported for the Daily Herald, the Dayton Daily News and The Topeka Capital-Journal. Stacy has a journalism degree from the University of Missouri-Columbia, with minors in American politics and Spanish.

Christy Gutowski focuses her work on stories about criminal justice, public corruption and issues that impact the everyday man. Gutowski received a master's degree in public affairs reporting from the University of Illinois at Springfield and is a graduate of Southern Illinois University.

Robert McCoppin reports on news and trends in Chicago's suburbs, focusing especially on the legalization of marijuana. Having worked at the City News Bureau and Daily Herald before joining the Tribune in 2010, he has covered crime, the courts, flooding, and health, and has won multiple Chicago Headline Club awards.

Angie Leventis Lourgos is a general assignment reporter at the Tribune. Her series “Transitions: portraits of transgender Chicagoland” won the Chicago Headline Club’s Lisagor Award for non-deadline reporting. A 2003 graduate of the University of Illinois.]