A Pandemic Within The Pandemic

Peace is not just the absence of war. Many women under lockdown for Covid 19 face violence where they should be safest: in their own homes. 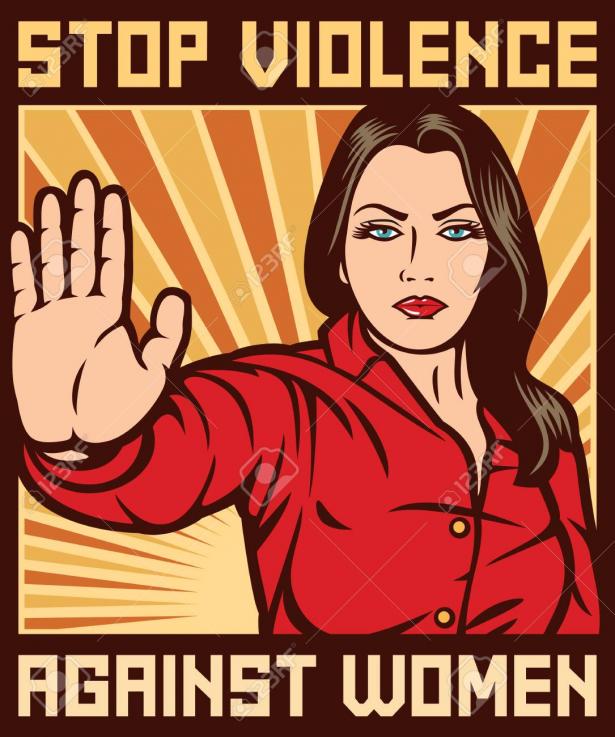 On March 23, 2020, as Covid 19 was overtaking the world, UN Secretary General Antonio Guterres pleaded for peace: “To warring parties: Pull back from hostilities. Silence the guns; stop the artillery; end the airstrikes...End the sickness of war and fight the disease that is ravaging our world.  It starts by stopping the fighting everywhere. Now. That is what our human family needs, now more than ever.”

Two weeks later, horrified by the global surge in male violence against women, he again implored for peace: “Peace is not just the absence of war.  Many women under lockdown for Covid 19 face violence where they should be safest: in their own homes. Today I appeal for peace in homes around the world. I urge all governments to put women’s safety first as they respond to the pandemic.”

In every region of the world, battery and sexual assault of women and girls isolated at home increased with the spread of the coronavirus.  Reports from China's Hubei province indicated that domestic violence tripled during February 2020 compared to February 2019.   In France violence against women increased 30% after they initiated a March 17 lockdown; in Argentina, by 25%; and in Singapore, 33%.  The pandemic in sexual assault of women and girls followed the Covid 19 pandemic in what Executive Director of UN Women Phumzile Mlambo-Ngcuka called “a perfect storm for…violent behavior behind closed doors.”  By the end of May 2020, nearly 250 million women and girls had reported suffering sexual or physical violence by an intimate partner, a far greater number than those infected by the virus.

“Stay Safe – Stay Home” is one of the essential public health measures in containing the Covid virus.  Yet home is a dangerous and unsafe place for those 1 in 3 women worldwide who are physically and/or sexually abused over their lifetime, most by a male relative or intimate partner at home.  Further, intimate partners commit one-half of femicides – the killing of women because they are women – throughout the world.  School, the workplace outdoors, anywhere is safer than home for women and girls at risk of domestic violence.

An estimated 1.6 billion of the world’s children lost their in-school education because of Covid-19, with many in developing countries lacking the benefit of online education at home.  For girls, this setback can be yet more dangerous, more violent and more life-limiting.  Boarding schools in Tanzania have saved girls from female genital mutilation (FGM) until Covid sent them home.  According to the NGO Terre des Hommes, which runs a safe house for girls, “The community has taken advantage of this situation of Covid-19 and where children are now back at home, they are cutting their girls.  They know it is against the law but they are not afraid.”

During the 2014-2016 Ebola crisis in Africa, many children were kept out of school at home, especially girls, according to Eric Hazard of Save the Children. “Over 11,000 girls became pregnant,” due to sexual violence and abuse.

Given that the same is assuredly occurring now with our current pandemic, what recourse to healthcare do women and girls have?  Some governments in Covid lockdown did not classify sexual and reproductive health – for pregnancy, childbirth, abortion and birth control - as essential, forcing the health centers to close.  In the case of India they were repurposed for Covid.  The UN Population Fund director Natalia Kanen calls the effect of Covid 19 on women and girls “devastating,” with estimates of 7 million unintended pregnancies worldwide and potentially thousands of deaths from birth complications and unsafe abortions.

What of the situation in the United States? Crime rates plunged in cities and counties across the U.S. over the second half of March – with one exception, domestic violence - as mandatory stay-at–home orders drove millions of residents to stay inside their homes. Calls by victims of domestic violence surged between 10% and 30%, according to an analysis of crime data published by 53 law enforcement agencies in two dozen states.

Another more nuanced study found that the crimes that have dropped are more minor, younger peer group crimes such as vandalism, car theft and DUIs.  The graver crimes of homicide and aggravated assault have remained the same.  Only intimate partner violence has increased.

And what of the fate of women’s reproductive health clinics?  Twelve states quickly banned or blocked abortion services in response to the Covid 19 pandemic, justifying their actions by defining abortion services a non-essential health service.  Many defended their actions under the aegis of conserving personal protective equipment (PPE).  In response the leading medical professional organizations, among them the American College of Obstetricians and Gynecologists, issued a public statement defining abortion as “an essential component of comprehensive health care.”

Ultimately these bans were rescinded, after successful court challenges or state executive action.  However, in the time this took, many reproductive health clinics closed for financial reasons; and the consequences for women and girls in need of abortion, before the bans were lifted, are unknown.

But, ending the Stay at Home order won’t end violence against women.  On average, at least one in three women in the US is beaten, coerced into sex or otherwise abused by an intimate partner in the course of her lifetime.

More than one in three women regularly fears being sexually assaulted, according to a new report from Gallup,

Violence against women is the “most common but least punished crime in the world,” according to the UN; and it is a catastrophic obstacle for achieving women’s equality worldwide.

Peace on earth begins with peace at home.  The degree of equality women have within their families and in their society predicts best how peaceful or conflict-ridden their country is.

Patricia Hynes, a retired Professor of Environmental Health, directs the Traprock Center for Peace and Justice in western Massachusetts  https://traprock.org.