The DeJoy Scandal and Democracy in the Balance

This is just the latest in a history of bosses repaying loyalty to their political causes with bonuses and favoring those employees who stood with them. 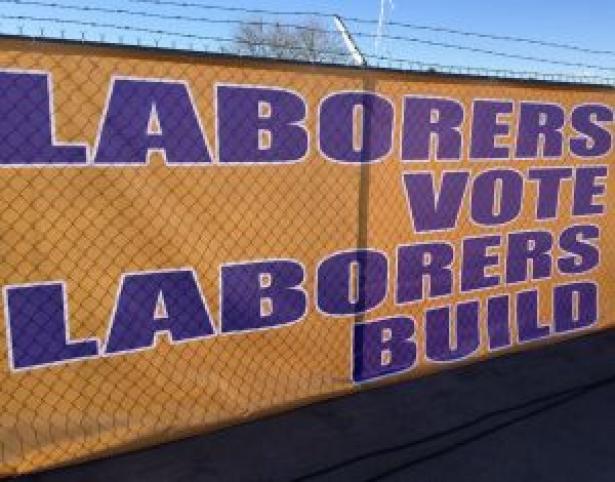 In this turbulent moment, Postmaster General Louis DeJoy aptly symbolizes the precarious state of both our democracy and the workers on whose shoulder its future rests.  Last week,  a Washington Post team uncovered seven former employees of New Breed Logistics who reported being cajoled by CEO DeJoy or his aides to make political donations to candidates he favored and to attend fundraisers at his 15,000-square-foot gated mansion in Greensboro, N.C.. Such events regularly raised more than $100,000 per event for Republican candidates for Congress or the presidency.  Employees who contributed to the boss’s preferred candidates were rewarded with monetary bonuses, according to this report—which would be a crime if proven in court.

The DeJoy scandal is all the more disturbing because of the context in which it came to light.  At this moment, voter suppression efforts are underway in multiple states, the president is attempting to pre-emptively delegitimize mail ballots, and DeJoy himself is continuing to implement measures that impede the work of the US Postal Service despite his recent promises to Congress that he would cease being obstructive.   Even as polls indicate that Democrats will be twice as likely to vote by mail in this election, the institution that will help make our national election possible in November–the United States Postal Service–is being undermined.

These headlines recall the early years of the 20th century when, for working people, the U.S. was at best an aspirational democracy.  Back then the carrot-and-stick methods that DeJoy used—repaying loyalty to his political causes with bonuses and favoring those employees who stood with him—were utterly commonplace.  Pioneering sociologist John A. Fitch explored the prevalence of political coercion in turn-of-the-twentieth-century steel towns like Braddock, Pennsylvania.  At election time, the New York City headquarters of U.S. Steel sent instructions to mill superintendents, Fitch learned, who dispatched foremen to escort workers to the polls to do their civic duty by voting for the candidates endorsed by their employer.  During a period of recessionary unemployment, workers reported that management promised to first rehire the most politically loyal employees.

That was also an era of rampant voter suppression.  African-American men had been stripped of the vote in most southern states by 1910, thanks in large measure to the U.S. Supreme Court’s infamous Williams v. Mississippi (1898) decision, which opened the door to literacy tests, grandfather clauses, and a host of other mechanisms to block the black vote.  After more than a half century of struggle for suffrage, women had only won the right to vote in a handful of states.  And even white male workers often struggled to get equal access to the ballot box.  Many states used poll taxes or barred those who received public assistance from voting in local elections, as historian Alex Keyssar has shown.  And when more strenuous methods were needed to minimize workers’ political voice, employers did not hesitate to use them.  During labor conflicts in the coalfields of Huerfano County, Colorado, in 1914, mine operators collaborated with sympathetic local officials to redraw the maps of seven electoral precincts so they were entirely on company property.  On election day, armed guards simply prevented anyone seen as potentially “disloyal” from entering those precincts to vote.

Precisely because workers’ voting rights were so often obstructed in the early twentieth century, their efforts to build a successful labor movement had to be tied to efforts to win political democracy.  The workers’ movement’s ubiquitous call for industrial democracy alluded to that inescapable interconnection of political democracy and a more democratic workplace.  For the half-century between 1918 and 1968, that interconnection was borne out as the expansion of unions and political democracy repeatedly reinforced each other.  Workers’ demands for industrial democracy during World War I helped open the door for women’s suffrage after the war. The rise of an industrial union movement in the 1930s, in turn, created the political space for the “Long Civil Rights Movement” to emerge.  Subsequent civil rights struggles not only won voting rights for African Americans but also helped produce the last big breakthrough for U.S. unions, the organization of public sector workers in the 1960s and 1970s.

Over most of the last half-century, however, the synergy between unionism and democracy has operated in reverse.  As unions declined, democratic rights eroded, which in turn accelerated the decline of unions, bringing both back to the conditions of  more than a century ago.  If Williams v. Mississippi serves as a marker of the backwardness that earlier era, future historians will someday mark our current low point by pointing to recent Supreme Court decisions as Shelby County v. Holder (2013), which undermined the Voting Rights Act, and Epic Systems v. Lewis (2018), which allows employers to induce workers to sign away their rights to undertake collective action as a condition of employment.

The long-running deterioration of democracy in both politics and the workplace is what accounts for figures like Louis DeJoy in our time.  Although his methods were unusually crass, his desire to control his workers is hardly unusual these days.  Elizabeth Anderson reports that in recent years one in four U.S. workers describe their workplace as a “dictatorship.” More would use that description, Anderson says, if they realized how much power their employer has to arbitrarily regulate and punish their speech and conduct, not only on the job, but off it as well.  In most workplaces, she argues, “employers don’t merely govern workers; they dominate them.”

Alex Hertel-Fernandez has turned up plenty of evidence of such domination.  In recent years, he finds, corporations have succeeded in coercing workers to adopt their employers’ political causes in ways not much different from those John Fitch discovered in 1908 Braddock.  Whether they are forced to stand behind political candidates who visit to their workplaces for a “photo op,” asked to write letters to legislators protesting bills their employers oppose, or urged to vote for the employers’ favored candidates, workers are increasingly subject to the influence of those who sign their paychecks.

Is it any surprise that as our workplaces have become less democratic, we’ve become less able to resist political democracy’s erosion?  It is no coincidence that in a country where only 6 percent of private sector workers are in unions, a political party whose candidates have won the national popular vote for the presidency only once since 1988 has nonetheless named most Supreme Court justices; a country where a man who lost the popular vote by a larger margin than any president in history has appointed  nearly one quarter of the circuit court bench; and a country where the party whose candidates received a total of 14 million fewer votes than the rival party controls the majority of Senate seats.  This is a country that not only allows an employer like DeJoy to use his employees to further his political aims, it installs him in a position of power to stifle the political voices of millions more workers.  Is it any wonder that in such a country Joe Biden must not only win the popular vote in November, he must, as Nate Silver reminds us, win by at least three percentage points to be assured of becoming president.

As we enter the home stretch of this fateful political season amid a raging pandemic, as Black Lives Matter protests continue and an increasingly militant resistance to those protests emerges, the DeJoy case reminds us that working people and our democracy face daunting challenges. We should draw encouragement from knowing that our predecessors overcame similar challenges.  Our task, like theirs, must be to revive democracy in both politics and our work relations.  Ultimately, our future will depend less on who wins in November—as crucial as that is—than on how well we wage that larger fight.

Joseph A. McCartin is Professor of History and Executive Director for the Kalmanovitz Initiative for Labor & the Working Poor at Georgetown University.