Immunization has always been a proxy for wider fears about social control, a history reminds us. 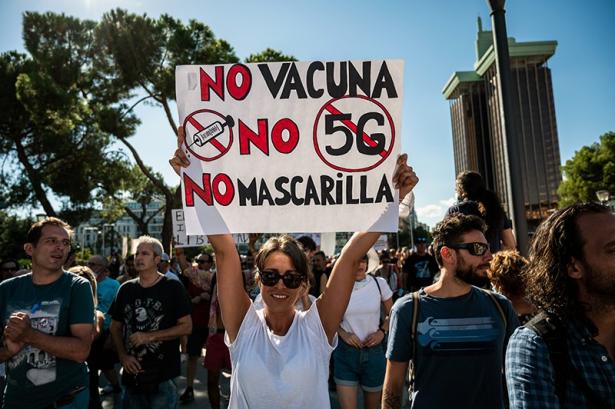 The need to control outbreaks and pandemics has long created tensions between liberty and interdependence, similar to those playing out worldwide today. Anti-vaxxers is a book that reminds us of the historical precedents to the odd alliances — anti-vaccine, anti-mask, anti-5G, for instance — that are getting in the way of public health right now.

Vaccination has always been a lightning rod for storms brewing over other problems, as physiologist and science writer Jonathan Berman shows. The people who protested against mandatory smallpox vaccination in nineteenth-century England had previously led opposition to the 1834 Poor Law Amendment Act, which proposed that unemployed people must labour in workhouses for food, often under conditions of exploitation, child labour and family separation. The protesters saw mandatory vaccination as a similar assault on poor people’s autonomy. After examining the rise of such opposition in England, Berman turns to the US experience in the twentieth and early twenty-first centuries.

So where did vaccination — and opposition to it — all begin? Variolation, deliberate infection with matter from smallpox pustules or scabs to bring about natural immunity, had been described in Asia and Africa since at least the sixteenth century. Christian minister Cotton Mather championed the idea in Boston, Massachusetts, in the early eighteenth century, having learnt it from an African man, Onesimus, enslaved in his household. Although the practice cut death rates, Mather was ridiculed.

Vaccination, popularized by English physician Edward Jenner from the end of the eighteenth century, sought the same end. But instead of using matter from smallpox pustules, physicians inoculated people with cowpox, a cattle virus that causes milder disease in humans. The technique was successful, but opponents levelled that it was a “foreign assault on traditional order”.

The parallels with contemporary vaccine safety scares are clear. After the uptake of measles, mumps and rubella (MMR) vaccination, for example, declined in the United Kingdom, measles outbreaks rose, peaking in 2012, with 2,032 cases in England and Wales. Even with the world hungering for a vaccine against COVID-19, 26% of French adults reported in March that they would not use one if it became available (The COCONEL Group. Lancet Infect. Dis. 20, 769–770; 2020). In the United States two months later, 14% of adults said the same (P. L. Reiter et al. Vaccine https://doi.org/d8wr; 2020). 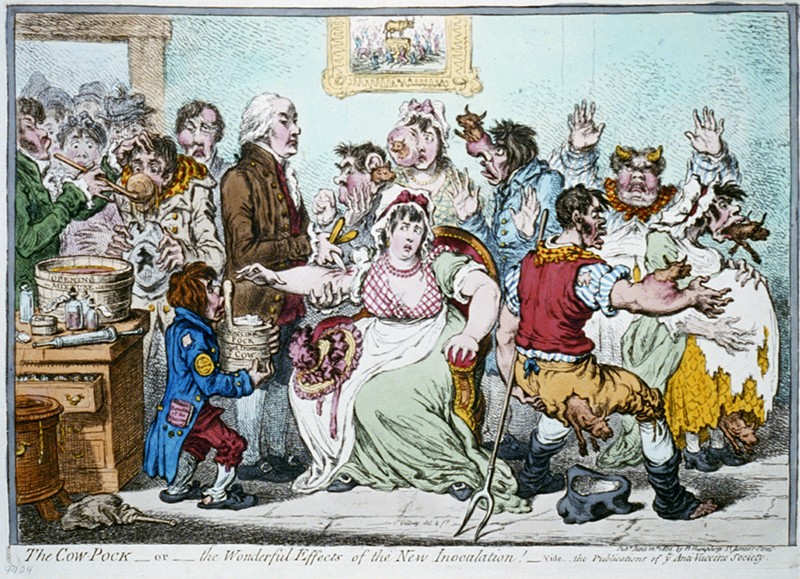 An 1802 caricature imagines outlandish side effects from the use of cow pox to vaccinate against smallpox.Credit: James Gillray/British Cartoon Prints Collection/Library of Congress

Berman’s case studies should satisfy those wanting to debunk anti-vaccine claims online or at a family gathering. One is a supposed ‘scandal’ at the US Centers for Disease Control and Prevention (CDC) promoted in the 2016 film Vaxxed. In 2014, biologist Brian Hooker published a reanalysis of data from a 2004 CDC study, alleging that the agency had excluded a notional finding that African American boys given the MMR vaccine before age 36 months had increased chances of developing autism spectrum disorder. Hooker offered secret recordings of conversations with CDC scientist William Thompson, a co-author of the study, in support of his contention. But Berman shows there was no reliable link; the claim resulted from serious methodological failings in Hooker’s analysis, which was retracted.

Anti-vaxxers joins a shelf of books published over the past decade that try to make sense of the modern anti-vaccination movement and connect it to the historical, social and political contexts in which it has found expression. Volumes include journalist Seth Mnookin’s 2011 The Panic Virus, and offerings by paediatricians David Isaacs (Defeating the Ministers of Death, 2019), Peter Hotez (the forthcoming Vaccines Did Not Cause Rachel’s Autism) and Paul Offit (Deadly Choices, 2010). Anthropologist Heidi Larson’s Stuck joined this collection earlier this year, and a personal account by cultural analyst and essayist Eula Biss, On Immunity (2014), stands out. Such social studies acknowledge that an informed refutation of the latest argument against vaccination has never been enough to convince opponents. 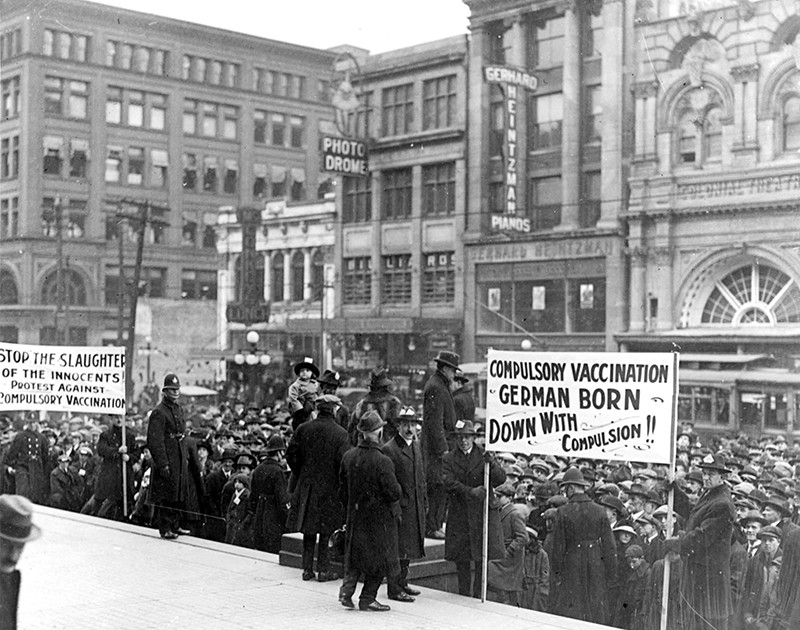 Berman’s historical approach also concludes that the root causes of vaccine rejection must be appreciated and addressed. Although the history of vaccination recounts advances in modern science, it is also part of the wider story of society wrestling with the promises and perils of technology. It is a story of parents coming to terms with the death or disability of a child (almost always unrelated to vaccinations), of the pressure to parent this way or that, and of belonging. And it’s a story of activist groups that don’t so much deny science as carefully select straws of information and misinformation to build their nests of belief.

What are the solutions to this increasingly globalized phenomenon? (There have been instances of vaccine resistance from Nigeria to Pakistan, not just in Manhattan.) Many books urge scientists to communicate more effectively, or governments to fight back more actively against vaccination’s opponents. Anti-vaxxers refreshingly goes deeper, taking note of a growing body of social and behavioural research. In Perth, Australia, a community-based project aligned pro-vaccination messages to shared values; and in the United States, trained community advocates in Washington state promote vaccination in their peer networks.

Berman also draws together personal narratives from parents. Ingvar Ingvarsson, for example, is a father who chose not to vaccinate his children. Then his experience as a nurse, caring for older people dealing with the effects of measles and polio, triggered a re-evaluation. Eventually, his children received their vaccines.

The role of money and privilege deserves more attention. In the United States in 2018, just 73.2% of children aged 24 months from families without health insurance had received at least one of the recommended 2 doses of MMR vaccine. The figure was 93.7% in families that had private insurance (H. A. Hill et al. Morbid. Mortal. Wkly Rep. 68, 913–918; 2019).

Berman distinguishes between two groups of parents whose children are not fully vaccinated: those who reject vaccination, and those who lack access to health care. There should be more emphasis on the have-nots, in my view. Instead, his focus is on the refusers, arguing that because some cannot access care, those who can should be vaccinated.

This is a common blind spot in explanations of low take-up. Poverty, and lack of access to social resources and primary care, greatly affect uptake, as do housing insecurity, gender inequity and racism. The largest measles outbreaks in 2019 were in countries without sufficient primary care, such as Madagascar, or where conflict had displaced people and disrupted their access to vaccines, such as Yemen. Some of the most effective interventions include ensuring that supply chains are reliable, making services highly convenient and simply reminding people that they need to be vaccinated. The current pandemic reminds us that governments cannot ignore poverty and social exclusion if they are to prevent and manage this virus, others unvanquished and those yet to come.

By taking the story of vaccine opposition back to its earliest examples, Anti-vaxxers cautions against simplistic solutions. In tracing the movement across three centuries, Berman underlines that is unlikely to be ended by keyboard warriors or the repetition of even the best scientific evidence.

Julie Leask chairs the World Health Organization Measuring Behavioural and Social Drivers of Vaccination Working Group. She is a professor in the Susan Wakil School of Nursing and Midwifery at the University of Sydney in Australia, and visiting fellow at the National Centre for Immunisation Research and Surveillance in Sydney.