A New Nonviolent Medicaid Army Is on the March

Led by the poor and dispossessed, this movement is bringing the demand for healthcare rights to corporate profiteers, state houses, prisons, and police stations.

At the start of Tuesday’s unhinged presidential debate — as the pandemic continued to rage outside the walls of Case Western University — the American people were offered an anemic vision for promoting and expanding public health. In the shadow of more than 200,000 deaths from the novel coronavirus, viewers heard pushback on the use of masks, critiques of publicly funded healthcare, and lies about nonexistent plans to mend a broken and inhumane healthcare system.

Across the United States, poor and dispossessed people cannot wait for our politicians to act. This week, in states including Kansas, Maine, Alabama, Massachusetts, North Carolina, Wisconsin, Vermont, and Pennsylvania, people are coming together in “Medicaid Marches” to demand their right to health and healthcare.

They know that Black people are dying at twice the rate of white people and that poverty is the highest risk factor for people of all races. They know that the United States now accounts for over 20 percent of worldwide deaths, despite having only 5 percent of the world’s population and that this was entirely preventable. 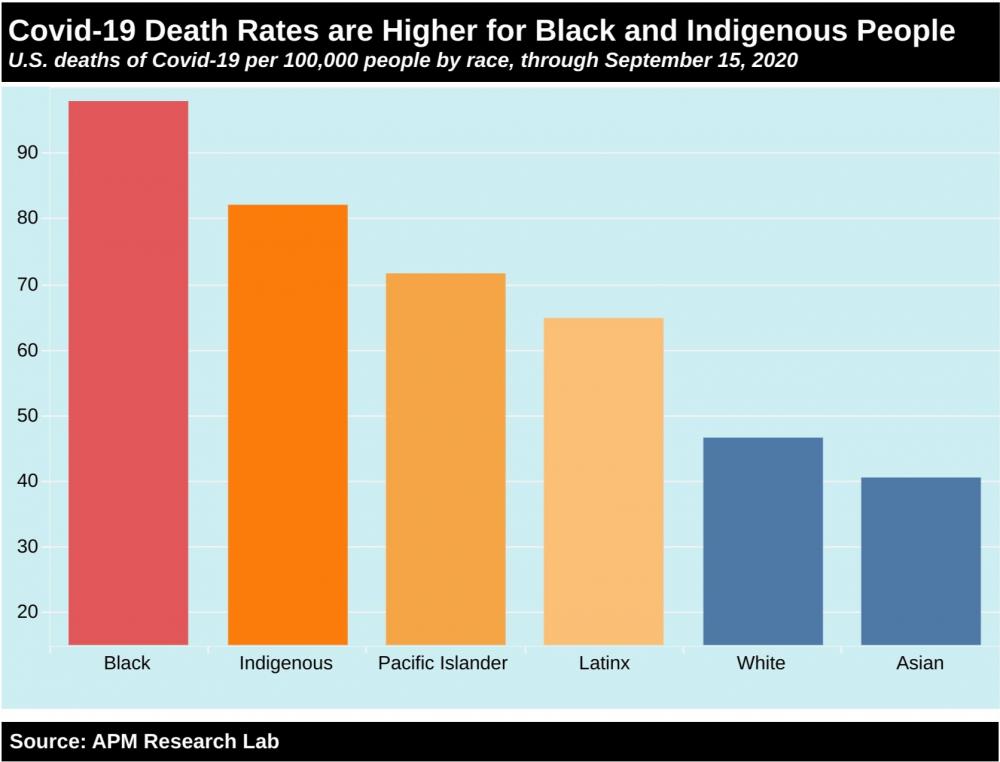 These Medicaid Marches are being led by the uninsured and underinsured, unhoused people, low-wage, essential and undocumented workers, healthcare workers, clergy, and others. The marches are the first coordinated nationwide push of the Nonviolent Medicaid Army, a vehicle to build the power of poor and dispossessed people, led by those on or excluded from Medicaid, which remains the only public healthcare option for the 140 million poor and low-income people in the country. This emerging new force is modeled after what Dr. Martin Luther King Jr. envisioned as a “multi-racial, intergenerational, nonviolent army of the poor.”

Over the next few days, Medicaid marchers are moving their rallies from the operations of corporate healthcare profiteers (hospitals, pharmaceutical and insurance corporations) to state houses, state prisons, and police stations. People from all walks of life will march to dramatize the ways in which governments defend private profits over human lives. Amid so many concurrent crises, they are drawing the connection between all forms of state violence, from physical force to immoral policies that suffocate life.

In Pennsylvania, marchers in Lancaster will call for justice for Ricardo Munoz, a poor, Black and Latinx man gunned down by police in the midst of a mental health crisis. Just a week before his killing, the Lancaster City Council voted unanimously in favor of a proposal by the University of Pittsburgh Medical Center to rezone their former hospital building, closed in 2019, opening the door for the development of luxury housing.

Ricardo’s unnecessary death stands as a stark reminder of what happens when healthcare infrastructure is defunded and mental health services are shredded. As is the case in Lancaster, the void left by inadequate and inaccessible healthcare is too often filled by the crisis of police violence in poor communities of color.

A January 2020 study found that while the United States spends more on healthcare as a share of the economy than other similar countries, it has the lowest life expectancy, highest chronic disease burden, highest suicide rates, and highest rate of avoidable deaths among those countries.

In 2018, there were 87 million people who were uninsured or underinsured. This year, close to 12 million people have already lost their employer-sponsored healthcare. Millions fall into a coverage gap where private insurance is too expensive but their income is above the Medicaid cutoff. Approximately 22,000-27,000 die every year from being uninsured. And state legislatures around the country are making it clear that they will seek to fill the budget holes created by the pandemic-triggered global economic crisis by cutting life-saving public programs like Medicaid.

These numbers paint a painful picture, but the Nonviolent Medicaid Army knows that it is not dramatic statistics or studies that will win the day. It will take a unified force of poor and dispossessed people, united across racial, geographic, and all other lines of division, that is absolutely clear that denial of healthcare amounts to policy violence on a mass scale.

Fully funding Medicaid, and expanding it to all U.S. residents, is not beyond our means. Just one military contract could cover the cost of expanding Medicaid in 14 states. Although we are constantly sold the lie of scarcity, we have the money to fully fund universal single-payer healthcare, if only our government wanted to.

In Kansas, Claire Chadwick, an essential worker who contracted Covid-19 at her workplace, could not afford to be hospitalized and was never treated for her symptoms. She still suffers from shortness of breath and may have long-term health consequences that will continue beyond her ability to pay. Claire and others are organizing two Medicaid Marches with the Kansas Poor People’s Campaign: A National Call For Moral Revival.

Anthony Prince, with the California Chapter of the National Union of the Homeless is joining the Nonviolent Medicaid Army because homeless people, whose ranks are growing every day, are in the crosshairs of the crises of healthcare, housing, and police violence. Every year, homeless people have to reapply for Medi-Cal. They can’t list a street as their location of care and providers don’t even have to accept this state-based insurance program.

In North Carolina, low-wage workers like Eshawney Gaston with Raise Up 15 and others are calling for healthcare for all, a voice to set health and safety standards on the job, and safety protections for incarcerated people. Leaders like Eshany clearly see that low-wage workers are disproportionately Black and Brown and that healthcare and workplace safety issues are not just a health or labor issue but a racial justice issue.

As millions more in this country are thrown into the ranks of the unemployed or underemployed, the demand for Medicaid will skyrocket. And as the pandemic continues to ravage lives and communities, denying health care is not an option. Despite the prattle on the debate stage, healthcare remains one of the top concerns on the minds of the American people headed into the November election.

The Nonviolent Medicaid Army seeks to organize this growing social force — the poor and dispossessed — in the fight for healthcare as a human right.

Within a system that seeks to profit off our pain, sickness, and death, this is a demand that can no longer be ignored.

Nijmie Zakkiyyah Dzurinko is co-founder and co-coordinator of Put People First! PA, a statewide, base building human rights organization waging a healthcare is a human right campaign. The Rev. Dr. Liz Theoharis is the Director of the Kairos Center for Religions, Rights and Social Justice at Union Theological Seminary and co-chair of the Poor People’s Campaign: A National Call for Moral Revival.