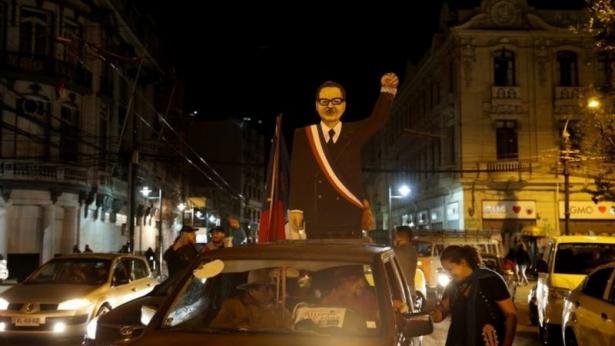 Chileans voted to reject the constitution of Pinochet, who overthrew President Allende, whose cardboard figure was paraded through the streets of Valparaiso, credit: Reuters

The communists have galvanised hundreds of millions of people into action in order to bring about far-reaching changes in society.

“Our struggle is not merely anti-war. It is a part of the broader anti-colonial, anti-capitalist and anti-fascist struggle waging worldwide. Unfortunately, this struggle has fallen upon us along with a full-scale war and a deadly pandemic.”

It was the first election in the province’s history in which the NDP received the most votes and there wasn’t a significant split between several centre-right parties.

“The emergence of conservative political projects has shown us that it is possible to go backward even with regard to conquests we may have considered irreversible.”

Vietnam is one of the few countries in the world currently experiencing positive GDP growth. They don’t need to choose between the economy and public health.

Equality activists in the Arab world are tackling a serious taboo in the public arena: racism towards Black people.

“Hongkongers tried their best to stand up against their oppressors and we have something to contribute to the history of mass movements, and for our own future movements.”