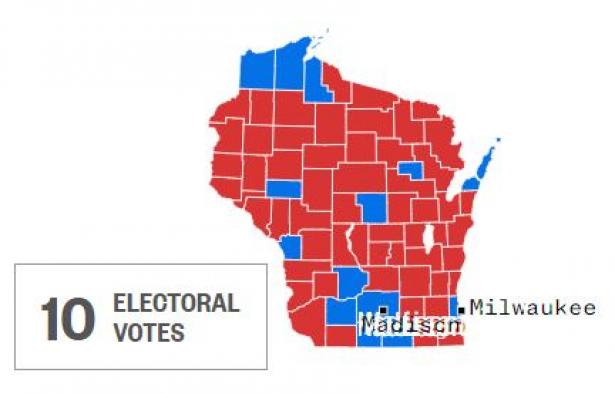 As President Donald Trump and his campaign spent Wednesday morning baselessly claiming election fraud and signaling a recount would be requested in Wisconsin, the state’s chief election official said Wisconsin’s election had been run meticulously and by the book.

Overnight, as municipalities across the state finished counting a record number of absentee ballots, the vote totals shifted from Trump to Biden. Trump, who has spent the last several months attacking the vote-by-mail process, attempted to claim that the late-breaking ballots were illegal and is demanding a recount.

“It’s insulting to our local election officials to say that yesterday’s election was anything but an incredible success,” Wisconsin Elections Commission Administrator Meagan Wolfe said in response to Trump’s baseless claims. “That was the result of years of preparation and meticulously, carefully following the law.”

After votes from Green Bay and Milwaukee that were counted in the early morning went for Joe Biden, the former Vice President took a narrow lead in the state.

The Trump campaign called for a recount early Wednesday afternoon, when Biden’s lead stood at slightly more than 20,000 votes.

“Despite ridiculous public polling used as a voter suppression tactic, Wisconsin has been a razor thin race as we always knew that it would be,” Trump campaign manager Bill Stepien said. “There have been reports of irregularities in several Wisconsin counties which raise serious doubts about the validity of the results. The President is well within the threshold to request a recount and we will immediately do so.”

In Wisconsin, presidential candidates within one percentage point can request a recount.

Though Trump is within that margin, a 20,000-vote difference is unlikely to be changed by a recount.

The campaign’s announcement said that it would seek cited “irregularities” in the ballots.

Wisconsin election officials keep a careful paper trail of all ballots, and absentee ballots are not accepted unless they meet all requirements.

The campaign’s request is at this point only symbolic as state law lays out the specific timeline by which aggrieved candidates can order a recount. A campaign cannot file a petition for a recount until counties complete their boards of canvass.

Once that clock starts, the campaign has until one business day after the last county sends its certified results to the Wisconsin Elections Commission to request the recount.

The Trump campaign will also need to pay for the recount if it is unsuccessful and Biden’s margin of victory remains greater than 0.25 percent.

[Henry Readman is a staff reporter for the Wisconsin Examiner, where this story first appeared.]