books A Union’s Strength Comes from the Power to Strike

Here is a book on union organizing that seems about to become a classic for our times. 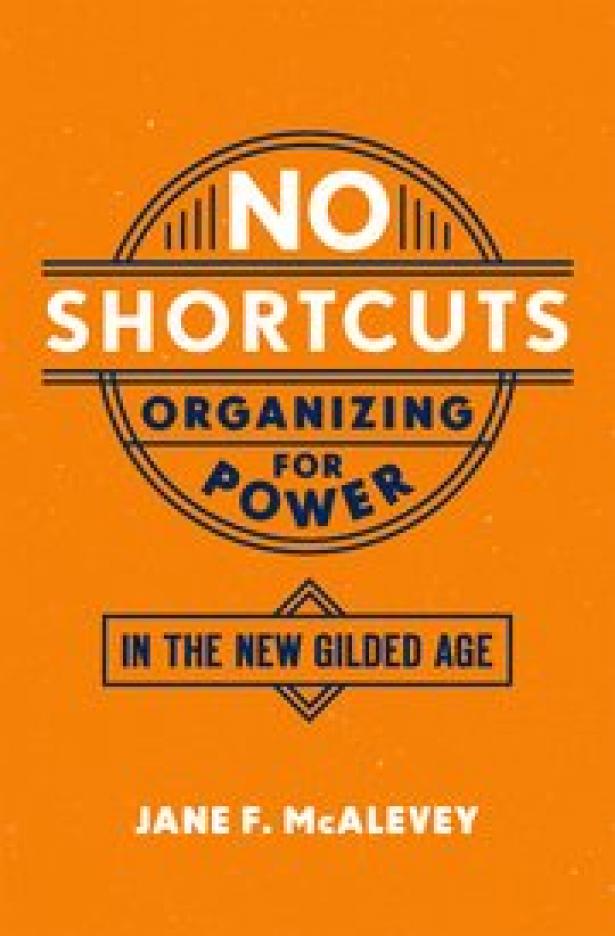 The COVID-19 fiscal crisis is wreaking havoc on the public sector. Mayor de Blasio has threatened to terminate as many as 22,000 city employees. At the City University of New York around 3,000 of my fellow adjuncts have been laid off and CUNY is running on a month-to-month budget as the prospect of more state budget cuts looms over us. While the cause of this crisis is novel, the continued assault on labor and the public good is not. What is our way out?

Halting production by withdrawing labor collectively is the strongest weapon that workers have. Bringing back strike-ready and practicing unions is the only way to bring about structural changes that challenge decades of neoliberal logic. This is Jane McAlevey’s assertion in her 2016 book No Shortcuts: Organizing for Power in the New Gilded Age. As the title suggests, the book is about the organizing needed to strike.

McAlevey has been a labor organizer and negotiator for more than 20 years. She played a key role in turning Nevada into a strong union state (in spite of so-called right-to-work laws) in the mid-2000s while much of the rest of the union movement continued its long decline. In her book, she draws on her experiences to make her

foundational argument — unions declined because their strategies shifted from doing deep organizing of the rank-and-file membership and fostering workers’ agency, to that of mobilizing activists to carry out campaigns, relying much less on workers themselves. In doing so, unions ignored workers and their organic community ties, something from which unions once drew strength. She argues the difference between these approaches matter because they determine what possible victories a union can achieve.

Back in the day

She compares the organizing of the Congress of Industrial Organizations in the 1930s compared to the AFL-CIO today. Unlike the American Federation of Labor, which at the time focused only on skilled workers, the CIO actively attempted to bring all workers in a company, no matter their skill level, into one union. To accomplish this, leftwing union organizers, often hired from the Communist Party, would actively attempt to identify “organic leaders” among rank-and-file workers. These were often the workers that peers would come to for advice. Organizers would then have a one-on-one conversation with the organic leader, letting the leader do most of the talking, only asking critical questions meant to let the worker convince themselves of their own exploitation and move them towards union sympathy.

The author is clear to note that these leaders were rarely activists who approached the union, but rather folks who had the clout to help lead the workshop floor through a successful membership drive. McAlevey stresses organic leaders were co-organizers with the union’s staff.

McAlevey argues that when the New Voices slate, a slate of mainly service sector unions, won the first ever contested AFL-CIO election in 1995 this changed.  Neoliberalism and its assault on labor had hollowed out the membership, leading the federation’s unions to focus on winning new members, yet they did so through mobilizing campaigns meant to decrease opposition to unionization.  By placing mobilization front and center unions had in fact shifted the focus of union staff to the employer rather than the worker.

While the book is full of different approaches that have been taken to win, McAlevey stresses that organizing to win means organizing with workers and their communities, or the “whole worker” as CIO organizers would say. She supports this argument through four case studies including one focusing on homecare workers and another on the efforts of Make the Road New York. However, the two that stand out the most are a unionizing campaign of a slaughterhouse in the right-to-work Deep South and the Chicago teachers strike of 2012.

From the slaughterhouse to the schoolhouse

In the former McAlevey shows the hard fight of unionizing the Smithfield Meat Packing plant in Tar Hills, North Carolina — the largest pig processing plant in the world and a workplace with high turnover, where the management would intentionally stoke racial divides and use ICE as publicly funded Pinkertons. Interference by Smithfield was so brazen during unionization efforts that the National Labor Relations Board nullified two elections.

After Hispanic workers walked off the job due to management asking for immigration papers, forcing management to negotiate their return, organizers were able to start helping these organic leaders to organize the rest of the plant. The chapter is the most exciting in the book, detailing the various ways organizers mapped not just the physical plant but also the social relations of the workers. Ultimately, through public campaigns and work stoppages, the employees were able to unionize and have their pay raised to $15 per hour. McAlevey uses this case to show that 1930s CIO organizing model of organizing the “whole worker” is not only possible, but necessary.

The case of the Chicago Teachers Union focuses on how CTU went from being strike allergic to taking on one of the nation’s most powerful mayors, Rahm Emanual, President Obama’s former chief of staff. Key to CTU’s success was that a group of teachers formed to make the labor leadership “act like a union” and when that failed they ran for and were elected to lead the union themselves.

The Caucus of Rank and File Educators (CORE) rise came during a moment of disarray, but through their victory they were able to change the union’s approach from managed capitulation to active organizing. CTU organizers began organizing teachers. Teachers in turn used their organic ties to their school communities to talk with parents about how a strike that included demands for more school funding was for the good of their children. In September 2012 the union went on strike and won a decisive victory. So successful was the approach that not only did the teachers win their demands, CTU President Karen Lewis polled as the most popular Chicagoan.

In the book’s conclusion McAlevey stresses that labor needs to focus on “strategic sectors,” workplaces that can’t easily be moved or offshored. Health and education are the two she underscores. As an adjunct lecturer at the City University of New York I find these chapters especially inspiring. Many rank-and-file organizers at CUNY have participated in reading groups or McAlevey’s online strike school in recent months. There is a growing conviction that union power and strike preparedness is built from below, through members organizing each other. At my university this has meant having earnest conversations across job titles to understand grievances, as well as vulnerabilities of others. It also means building solidarity with our students that extends outside the classroom.

At best mobilizing will slow the rate of non-reappointments and layoffs. To truly fund education and other public goods, to abolish anti-labor legislation will not take a miracle but active, rank-and-file organizing.