2020 Was a Record Year for Hurricanes - Is this the future of hurricane season?

The most active Atlantic hurricane season on record began two weeks ahead of schedule and ended November 30. Storms were able to become dangerous so quickly this year because of how warm the ocean was in many regions of the Atlantic and Caribbean. 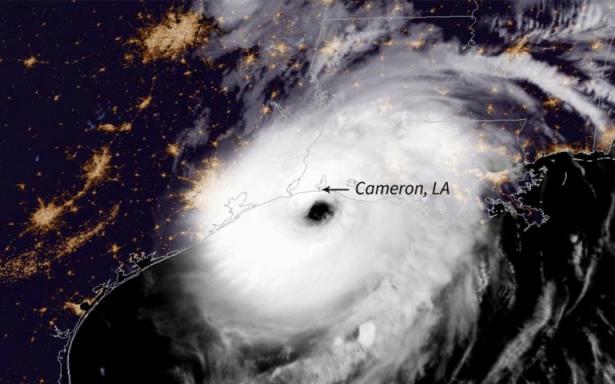 The most active Atlantic hurricane season on record began two weeks ahead of schedule and ended on November 30, 2020. Overall, this season was one for the record books. There were 30 named storms (meaning storms where top winds were 39 miles per hour or greater instead of the average 12). Of those storms, 13 were hurricanes (top winds of 74 mph or greater) and six were major hurricanes (top winds of 111 mph or greater). This season surpasses the previous record holder, 2005, which witnessed 28 storms and 15 named hurricanes, and marks only the second time in recorded history when meteorologists ran out of names before the season was over and had to resort to the Greek alphabet.

The 2020 season also forms part of a pattern that calls into question what even constitutes an “average” season. It is the fifth consecutive year with an above average hurricane season. According to the National Oceanic and Atmospheric Administration (NOAA), this year’s record-breaking season was enhanced by La Niña, a global weather pattern that causes heavier storms in some areas and droughts in others. Research by climate scientists predicts that if greenhouse gas emissions continue to rise, the number of extreme weather events charged by La Niña and El Niño will likely rise as well.

Stronger hurricanes are also fueled by warmer air temperatures, which means the atmosphere can hold more rain, and by warmer ocean sea surface temperatures, which create the perfect conditions for hurricanes to grow stronger. While ocean winds often have something called vertical wind shear, which can essentially cut down a developing hurricane into smaller pieces before it can build into something dangerous, NOAA data shows that since the 1980s, vertical wind shear has become increasingly weaker in areas that are farther away from the equator, setting them up for stronger hurricanes.

Still, says Gabriel Vecchi, professor in High Meadows Environmental Institute at Princeton University, the most remarkable part of 2020 is how rapidly storms have progressed from mild to dangerous. “Over the past few decades, since the 1980s, in the Atlantic and around the globe, the percentage of rapid intensifications has increased,” Vecchi said.

Storms were able to become dangerous so quickly this year because of how warm the ocean was in many regions of the Atlantic and Caribbean. “The impact of long-term ocean warming on rapid intensification is a major reason for long-term increases in the fraction of hurricanes reaching the highest intensity levels,” said Timothy M. Hall, a senior research scientist at the NASA Goddard Institute for Space Studies.

A study led by James Kossin, an atmospheric research scientist at NOAA, and published in June 2020 in the Proceedings of the National Academy of Sciences, found a significant increase of roughly 32 to 39 percent between 1979 and 2017 of hurricane intensities measured at Category 3 and higher compared with measurements at any intensity. Put differently, they found a 6 percent increase per decade of a hurricane reaching “major hurricane” status, that is, Category 3 or higher.

In the United States, Louisiana in particular bore the brunt of this year of storms. Five storms made landfall in the state—a new record. Hurricane Laura, which made landfall on August 26, was a Category 4. It struck Cameron (located between Houston and New Orleans on the coast) with 156 mph winds, destroying buildings and power infrastructure and inundating the region with a nine-to-12-foot storm surge. Six weeks later, on October 9, Category 2 Hurricane Delta hit just 20 miles east of where Laura had struck. Thousands of people were still living in shelters because their homes had been destroyed when Delta brought over-100-mph winds and over seven feet of storm surge.

Laura and Delta would have been much weaker if they had passed over a colder ocean on their way to Louisiana. “Both intensified rapidly over warm Gulf waters before Louisiana landfalls,” Hall said. “Laura’s intensification was especially rapid, and it occurred just prior to landfall.” Hurricane Eta, which devastated parts of Nicaragua and Honduras, doubled in the 24 hours before it reached the coast.

The warmer air both hurricanes met on their journey to landfall also meant they caused more flooding. Hall said, “Hurricane winds blow over warm sea surface, causing evaporation of the seawater. The water vapor gets sucked high up in the storm, where it condenses and falls as rain.” On average, says Michael Mann, professor of atmospheric sciences at Pennsylvania State University, atmospheric scientists expect to see a roughly 7 percent increase in moisture content for every 1 degree (Celsius) that air temperatures increase.

That extra rain causes problems even after the hurricane has left. Central America is still experiencing landslides due to the amount of rain following Category 5 Hurricane Iota, which dropped over 24 inches of rain on some regions of Nicaragua and Honduras when it arrived in mid-November. The earth was already saturated as a result of Category 4 Hurricane Eta, which hit the region earlier that month.

Eta and Iota also displayed another trend that climate change appears to be making worse—stalling. Like a party crasher who refused to leave, Eta stalled just off the coasts of Nicaragua and Honduras, without moving on or dissipating. A study Hall and Timothy K. Kossin (NOAA) published in Nature in June 2019 found that the average forward speed of hurricanes in the North Atlantic had decreased by 17 percent between 1944 and 2017. This shift led Dorian to devastate the Bahamas in 2019, Florence to douse the Carolinas in 2018, and Harvey to inundate Houston in 2017.

“Hurricanes are ‘steered’ by large atmospheric wind patterns, something like a cork in a stream,” said Hall. “There’s good reason to think that the guiding wind patterns are becoming weaker and more prone to stagnating in a warming climate. . . . In fact, we do see an increasing percentage of hurricanes stalling in recent decades.”

Signs of stalling are visible not only in hurricanes in the Atlantic but also in tropical cyclones in the Indian Ocean, where the season began with Category 5 Cyclone Amphan, the strongest storm in the Bay of Bengal since 1999.

In late November, Cyclone Gati, a Category 2 storm, made landfall in Somalia—the first time a hurricane-strength storm made landfall in the country’s history. In two days, Gati dropped the amount of rain that Somalia typically received in two years.

In the last days of November, Category 1 Cyclone Nivar formed in the Bay of Bengal and then struck Tamil Nadu and Chennai. It was the fourth storm in the region this year. The rains it brought, according to the Weather Channel India, were 188 percent above average between November 23 and 26. In November and December, this region was flooded by more rainfall than it usually receives in the monsoon season.

In the Pacific, the season was less active than the 2020 Atlantic season. (Typically, one region or the other is more intense.) Nonetheless, the Pacific experienced some intense storms marked by a similar pattern of rapid intensification. Vongfong (named Ambo in the Philippines) formed on May 10 and rapidly intensified into a Category 3 storm, hitting Samar Island, the third-largest island in the Philippines, on May 14, causing widespread flooding, washing out roads, and destroying crops.

In late October, Typhoon Goni (Rolly in the Philippines) rapidly intensified as a Category 5 storm struck Catanduanes Island in the Philippines, flooding buildings, bridges, and roads and destroying crops. Goni continued on, as a tropical depression, to Vietnam, where it also caused widespread flooding and landslides.

The rapid intensification of storms has made predicting disasters much harder, said Mann. “The hurricane forecasting models don’t appear to capture rapid intensification episodes every well. It might be because of climate-change-related factors not in the models yet (for example, the penetration of heat further below the surface, which limits the churning up of cold waters that would otherwise slow or dampen development).”

“The net effect of this,” said Mann, “is that it’s hard to know days in advance just how much a hurricane will intensify before making landfall.” Adds Vecchi, “It is a harder world to plan in. Either we will need to become better at forecasting or more nimble in responding.”

As to what the meteorologists predict going forward, Kossin said, “the evidence continues to mount that hurricane behavior has changed over the past decades, and even the past century, and will continue to change over the next century as the climate continues to change. Globally, tropical cyclones are about 25 percent more likely to be at major-hurricane intensity now than four decades ago. The chances of rapid intensification in the 1980s was about one in 100 in the Atlantic. Nowadays, the chances are 1 in 20.”

[Tina Gerhardt is an environmental journalist and an academic. She covers climate change, sea level rise and energy policy with a focus on social and environmental justice. Her writing has been published in Grist, The Nation, The Progressive and the Washington Monthly, among other venues.]