It Is time For The One State Solution To Go Mainstream

A people cannot negotiate their fundamental human, national, political and civil rights. The only way out of a colonial situation is through a process of decolonization.

December 21, 2020 Awad Abdelfattah and Jeff Halper The Electronic Intifada
Printer friendly
It Is time For The One State Solution To Go Mainstream Published December 21, 2020 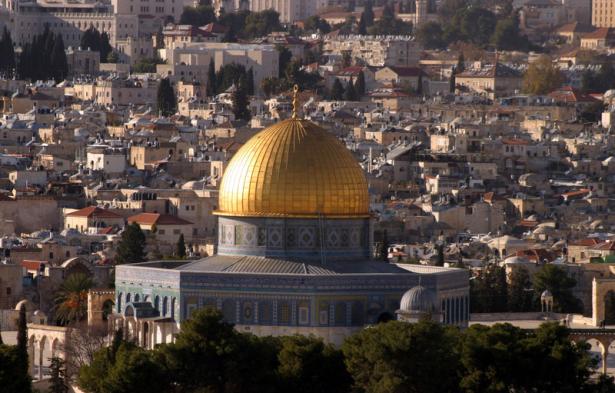 The “Palestinian-Israeli conflict” has often been presented as one of the most intractable in modern world history.

But one reason for this is precisely that it has been wrongly analyzed as a conflict and thus the “solutions” offered and the “peace processes” for getting there fail.

This is not a conflict. There are not two sides fighting over some issue that can be resolved through technical negotiations and compromise. Rather, Zionism was – and is – a settler-colonial project.

Jewish settlers arrived in Palestine from Europe with the intention of taking over the country and making it their own. Like all settler movements they came equipped with a narrative of why the country actually belonged to them, and they pursued their claim to entitlement unilaterally. The indigenous Palestinian population (which included Sephardi, Mizrahi and ultra-Orthodox Jews) had no voice in the process; they were not a “side,” but simply a population to be disposed of.

That remains true to this day as the settler Zionist project has virtually completed its task of Judaizing Palestine, of transforming an Arab country into a Jewish one. Its inescapable conclusion is apartheid: confining Palestinians into disconnected and impoverished enclaves scattered over 15 percent of their country.

Settler-colonialism and apartheid, however, cannot be resolved through negotiations and compromise. A people cannot negotiate their fundamental human, national, political and civil rights. The only way out of a colonial situation is through a process of decolonization.

What does that entail? It entails a fundamental readjustment to the current reality. It entails the return of Palestinain refugees and their reintegration into society. It entails the dismantling of all structures of domination and control, be they political, economic or ideological and cultural.

It requires acknowledging that the colonized population has the right to an equal say in the construction of the post-colonial polity. It necessitates the formation of a new political system and civil society that guarantees equal rights to all its citizens as well as to the national, ethnic and religious groups that comprise it.

It further demands an equitable redistribution of resources, especially land, the prime target of settler-colonialism, along with an acknowledgment by the colonizers of the suffering they have brought, and consequent reparations.

It is such fundamental change that is needed to generate a new, shared political community. And that, in turn, is the only possible way settler-colonialism can be transcended.

Settler-colonial analysis is well-developed in academic circles and offers genuinely new horizons for a just peace in Palestine/Israel. But it has not yet penetrated popular or political discourses, which are still mired in necessarily fruitless attempts to negotiate – or, more precisely, manage – a conflict.

Attempting to replace conflict resolution with the more appropriate and just process of decolonization, a Palestinian-led initiative has emerged out of Haifa over the past three years.

The One Democratic State Campaign (ODSC), though still in its infancy, comprises Palestinians from every major community (citizens of the areas that in 1948 became Israel, the occupied West Bank and Gaza Strip, the refugee camps and the Diaspora/Exiles), together with their anti-colonial Israeli Jewish allies. It has issued a call for the establishment of a single democratic state between the Jordan River and the Mediterranean Sea, one that will also witness the return of the Palestinian refugees to their homeland.

Building on the work of others, the ODSC has also formulated a 10-point political program that “thinks through” the entire process of decolonizing the settler-colonial entity of Israel through the establishment of a post-colonial polity and political community. They are, in brief:

Considerable work still needs to be done to flesh out our program, which is very much a participatory work in progress. But our task in this historic moment is clear: to enter the political arena armed with a clear and compelling political program, organization and strategy, all required if we are to effectively mobilize our main allies, the global grassroots.

A democratic state in historic Palestine is no utopian vision. It is doable, it is critical and it is urgent. The time has come for an inclusive democratic state between the Jordan River and the Mediterranean Sea.

Awad Abdelfattah is the Coordinator of the One Democratic State Campaign (ODSC). He is the former Secretary-General, Balad/Tajamo party.

Jeff Halper is the head of the Israeli Committee Against House Demolitions (ICAHD) and a founding member of the ODSC. His forthcoming book is Decolonizing Israel, Liberating Palestine: The Case for One Democratic State (London: Pluto, 2021).