The U.S. is one of the few wealthy countries in the world that does not have a robust public childcare program. But there’s no reason we can’t have one that’s wildly popular and provides high-quality care — in fact, during World War II, we did. 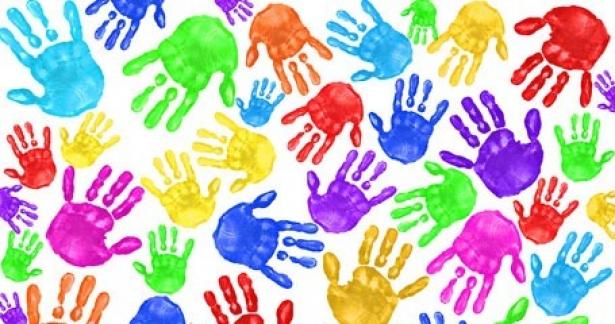 Government funding of childcare is almost as popular in the United States as Tina Turner. A bipartisan majority of Americans believe that every child (and every parent), regardless of income, deserves high-quality preschool education. A whole swath of liberals have argued that the economy would benefit from greater numbers of mothers in the workforce, and by improving the employability of millions of children in the future.

In 1942, the US government passed the Lanham Act. The law was designed to assist communities with water, housing, schools, and other local needs connected to industry expansion during the World War II war effort. One of those provisions was a universal childcare plan for any community that proved they had absent fathers and working mothers — the only instance in American history of a federally administered program that served children regardless of family income.

The centers were required to meet very high standards. The teachers were well-trained and provided fully funded university-level education. They were well-compensated. The number of children per teacher was limited to ten, a number that is lower than the limit in many states today. Centers were clean. They had a clinic with a nurse and doctor for daily checkups before children entered the space. They offered meals. Center staff bought a mother’s grocery list while she worked to pick up at the end of the day. Center cafeteria workers prepared dinner for mothers to take home at night.

The cost: around $3–4 a week ($50–60 in today’s money), or half the actual cost per child. The rest was covered by the government, which overall spent $1 billion on the program.

At its peak, the Lanham Act provided for over 635 communities in every state but New Mexico, caring for over half a million children. And while some centers in this pre–Civil Rights Movement era inexcusably provided for white families only, some were desegregated, and an additional 269 centers accommodated black families only. In contrast to most other well-paid sectors at the time, women of color were hired as well. 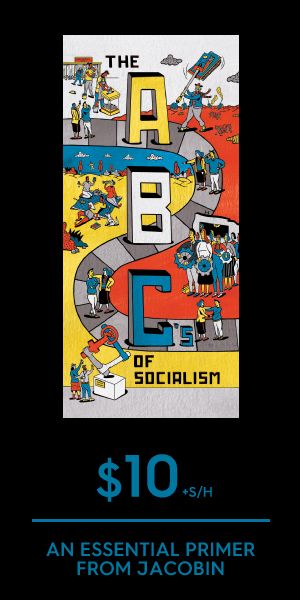 The program was discontinued in 1946 after only three years. The government argued that with the end of the war, women would leave the workforce and resume their traditional roles. They were wrong: women wanted (or needed) to stay working, and they required childcare to do so. The program was extended a full year after the war ended because of its popularity. As the New York Times reported at the time, protests across the country continued well into 1947 to try to save it. In some places, multiracial grassroots mobilizations and unions applied pressure and won some federal support for childcare, but failed to win a universal policy.

In 1947, Ruth Pearson Kushok surveyed the developmental records of five hundred children who attended a federal center. And she interviewed parents and teachers to find out how successful they thought the Lanham centers were. She found that 80 percent of the children had made good or excellent progress physically, emotionally, socially, and mentally, according to the program’s metrics — and overwhelming approval rates among all participants.

In fact, in one group she surveyed of 173 parents, 100 percent said that their children enjoyed the nursery. Parents and teachers especially noted that children learned to play better with each other. And, in contrast to the argument of the day that day care centers and working mothers would weaken family relationships, the program was found to have a net positive impact on home life and family relations. Imagine that: give people more resources to raise their children and earn a living, and everyone seems happier.

A 2017 study in the Journal of Labor Economics by Chris Herbst found that the program had long-lasting positive outcomes, especially for poor families. Mothers who participated in the program were more likely to have improved their economic conditions. And people who participated in the program as children were found to have reached higher levels of education, had better employment opportunities, and had children later in life.

There were weaknesses to the program: the most glaring was that even at its height the program only accommodated a fraction of children under five in the United States. It also was not a federal program but rather a “patchwork” of centers that states and localities established and managed (or mismanaged) — a common problem with administering many such programs in American history that is a serious barrier to effective social policy. Had the program been truly federal, not only would it have been more uniform, but it would create a cost-effective national system upon which a longer-term and more universal program could be based. As Herbst writes, the program was intended to serve “as a war expedient, not as a permanent expansion to the welfare state.”

Our Current Childcare System Has Failed

Today, universal childcare seems like a distant dream to most working-class mothers. Those who are able to afford the exorbitant rates, costing as much as $30,000 a year in some places, usually have few options and wait on long lists to get into the centers that exist — sometimes from before conception.

Worse yet, the quality of childcare has been so low that children are often in dangerous conditions, sometimes with fatal consequences. Megan Erickson wrote in 2018 that in fact, “a recent report on childcare quality and oversight of regulated centers compiled by the advocacy organization Child Care Aware of America, not one state earned an ‘A.’ The only program to earn a ‘B’ was the Department of Defense’s, which is run by the federal government. Ten, including New York, earned a ‘C,’ twenty-one states earned a ‘D,’ and nineteen failed.”

The miserable working conditions of the teachers caring for infants and toddlers, which are some of the worst-paid jobs in the country, have a lot to do with the quality of care as well. Anyone who has ever spent an hour with a single infant or toddler would gape in horror at the thought of spending a whole day with a dozen of them, often with no breaks. It is almost impossible to offer consistent, good quality, and safe childcare to children in those conditions, despite the many instances of teachers rising above their circumstances.

The failure of the private system is obvious to anyone in it today, parent or teacher. The Washington Post, the New York Times, and even the Wall Street Journal all agree that the economic fallout of the pandemic has left the industry in a serious crisis, and this crisis in turn feeds the economic one by preventing many parents from returning to work. Some have even argued for government intervention. This consensus from mainstream media (not to mention its pop-star-level popularity) could make the struggle for universal childcare more winnable.

Biden’s childcare plan actually calls for universal prekindergarten for three- and four-year-olds, in addition to a tax credit of up to $8,000 for families with a child under five years old (or $16,000 for two or more children) to help cover childcare expenses. The plan details: “Access to high-quality, affordable child care and offer universal preschool to three-and four-year-olds through greater investment, expanded tax credits, and sliding-scale subsidies.” Building “safe, energy-efficient, developmentally appropriate child care facilities, including in workplaces, so that parents and guardians never again have to search in vain for a suitable child care option.” And finally, “treat caregivers and early childhood educators with respect and dignity, and give them the pay and benefits they deserve, training and career ladders to higher-paying jobs, the choice to join a union and bargain collectively, and other fundamental work-related rights and protections.”

All this would be a great step forward, but there are a few holes here to watch for. Expanded tax credits and sliding-scale subsidies are not a recipe for universal care; it smacks of the same patchwork of public and private entities that exists for example in New York. A universal system would, like the existing public school system, be actually universal. In other words, it would not be means-tested and would be basically free for all.

And tax credits for the cost to care for children under three leaves day care inaccessible to many, since the cost varies significantly depending on location, and even a 50 percent subsidy doesn’t guarantee affordability. And it doesn’t guarantee the quality of the childcare.

In part, the problem is that much of the argument for high-quality education for three- and four-year-olds rests on helping children do better in school over the long term. Thus Cecilia Rouse, tapped to chair the Council of Economic Advisers and senior editor of Princeton University’s Future of Children journal, has written, “estimates based on some older pre-K programs suggest that every dollar invested in prekindergarten pays off $3 to $17 in terms of benefits, both to the adult individual and to society.”

But the same has not been proven true for infants and toddlers. And since it does not immediately translate to excelling in school, and later at work, it is deemed less important. Sending your child to care that you trust and your child loves while you work is treated as a luxury service.

We Can Have Nice Things

Since the Lanham Act, childcare has been funded sporadically. At times, it has been provided as a stopgap to meet the needs of mothers when industry needed them. At other moments, arguments around the employability of children in the future advanced the cause of increased funding. But it is precisely the lack of a movement demanding this as a public good for working-class families’ well-being that has produced the sort of subsidy-based, means-tested, confusing system that we have today, which does not offer quality care.

The success of the World War II program sheds light on what universal childcare can be: high-quality, affordable, and paying its workers well. The problem isn’t that it isn’t doable, it’s that elected officials haven’t wanted to do it. Because when they do (read: when it’s for war), they have.

How we win universal childcare matters. It has to be won on our terms: as a guaranteed, not easily revocable social service, akin to the plan Bernie Sanders designed. So long as childcare programs are seen by business and their friends in government as a solution to what they define as an acute crisis that hurts their bottom line, they can just as easily end the program when it no longer serves them. We need a universal childcare system that serves parents’ and children’s needs instead — and there’s no reason we can’t have one.

Daphna Thier is the mother of a toddler, a socialist, and activist based in Brooklyn.

If you like this article, please subscribe to Jacobin today, get four beautiful editions a year, and help us build a real, socialist alternative to billionaire media.