The Confederacy Finally Stormed the Capitol

President Trump should be impeached, removed from office, and then arrested for inciting his supporters to besiege and invade the US Capitol. Because the rioters were white, they were allowed to walk away. But just imagine if they had been Black. 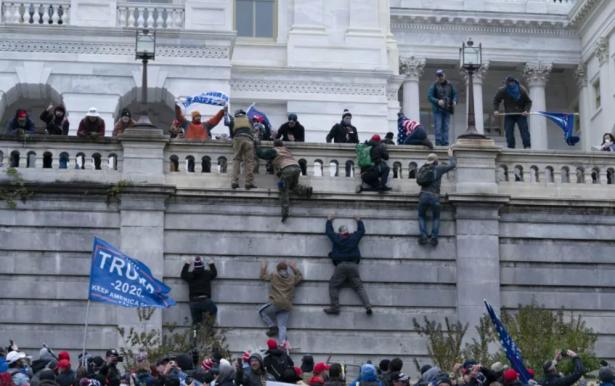 Right-wing extremists climb the west wall of the the US Capitol on Wednesday, January 6, 2021., Jose Luis Magana / AP Photo // The Nation

At a speech he gave to a rally of his supporters right before Congress attempted to certify his Electoral College defeat, Trump told his people to go to the Capitol to “support” members of Congress objecting to the certification. He recited his long list of lies about the election, and then egged his people on by telling them that Vice President Mike Pence “didn’t have the courage to do what should have been done to protect our country and our Constitution.” He spoke for nearly two hours.

Not long afterward, his people breached the Capitol, stopped the certification process in the House and Senate, and forced Pence and Speaker of the House Nancy Pelosi to be taken to a secure location.

For me, that’s enough to charge him with a crime. Trump’s speech failed the Supreme Court’s “Brandenburg Test” (so named for the 1969 case Brandenburg v. Ohio), which determines when speech becomes an exhortation to violent action and loses its First Amendment protections. The test asks if the speech was “directed to inciting or producing imminent lawless action,” and the speech has to be “likely to incite or produce such action.” Speaking in “code” is no defense. Trump’s statements were directed to produce immediate lawlessness—and were likely to do so.

There’s also a statute: 18 U.S.C. Section 373 makes “solicitation to commit a crime of violence” a federal offense. The language there is: “Whoever, with intent that another person engage in conduct constituting a felony…solicits, commands, induces, or otherwise endeavors to persuade such other person to engage in such conduct,” shall be imprisoned or fined or both.

Authorities would remove and arrest Trump—if he were Black. That’s not a guess; that is literally what has already happened to Black Lives Matter activist DeRay McKesson. In 2016, at a protest in the aftermath of the police murder of Alton Sterling, Baton Rouge police arrested McKesson and charged him with incitement. He hadn’t said anything violent, but apparently one protester—one—threw a brick that injured a cop. McKesson was just the most visible organizer at the event, and so he got locked up.

McKesson was eventually released, after which he sued the police for the false arrest. The department settled, but then the injured officer sued McKesson—again, under an incitement theory. The US Court of Appeals for the Fifth Circuit allowed the officer’s lawsuit to proceed, and McKesson had to go all the way to the Supreme Court before it was finally dismissed. If a Black activist can be arrested and hounded all the way to the Supreme Court because a protester at a rally threw a brick, what should happen to a white president who encourages his people to storm the Capitol?

Nothing? Will the answer of the white legal establishment be “nothing”? Leaders of failed insurrections (or coups or acts of sedition or whatever you want to call this) are not supposed to get off with nothing.

We are here, living in a state that is teetering on collapse, because for too long the authorities have done nothing to stop violent white supremacists, now organized under Donald Trump’s banner, or their enablers in government and the media. Right-wing media incites their viewers against “the Squad” consistently—yet law enforcement does nothing. The Republican Party inflames anti-mask lunatics who then go out and plan to kidnap Gretchen Whitmer—yet Republican voters do nothing to punish representatives. And Trump has been directly cited in the manifestos of mass shooters—yet counterterrorism forces do nothing. Nothing ever happens, but the media continues to amplify Trump’s violent rhetoric with live news coverage.

Republicans actively encourage the violent behavior of their fringe extremists. Yet it’s not just Trump. It’s not just Josh Hawley boosting Trump’s baseless claims about the election. It’s also law enforcement—the ones whose unions endorsed him—who give aid and comfort to lawless white people. It’s the cops in Kenosha who gave street terrorist Kyle Rittenhouse a drink of water, and it’s the cops in D.C. who took selfies with the people storming the Capitol.

As with McKesson, we know what would be happening to these Capitol rioters if they were Black. We just experienced a summer of protest against police brutality, and time and again, the police met those protesters with still more brutality. Black Lives Matter protesters, as well as reporters, were tear-gassed and shot at with rubber bullets for… being between Trump and a photo opportunity with a Bible. Black Lives Matter protesters were pushed, body-slammed, choke-held, pepper-sprayed, and beaten by police… for being in sneezing distance of big-box stores. And Black people were arrested all summer—scores of us—in the name of restoring order.

How many white people were arrested during the Capitol takeover? Did they get the guy who took the dais off the Senate floor? How about the one who sat down at Pelosi’s assistant’s desk? Or the people who broke windows and rummaged through desks? Did they get the guy walking around restricted areas with a Confederate freaking flag? What about the people who planted explosive devices inside the Capitol?

As of this writing, D.C. Police are reporting that they’ve arrested 12 people; one woman was shot and killed. (The number of arrests has since climbed to 52, the number of dead to 4, and the number of injured police stands at 14.) The media turns every Black Lives Matter protest into an episode of C.O.P.S., thereby sending the message that the authorities have control, but, near as I can tell, the few arrests happened off-camera. There was no dramatic paddy wagon scene despite the endless displays of lawlessness and the first looting of the US Capitol since the War of 1812.

The double standard is not surprising, but it is instructive. Our society is permissive of white rage. That rage is constantly coddled, explained, massaged, and justified. We are forever told that white anger must be understood, white grievance must be explained, and white racism must be studied because if we just dig down deep enough, we’ll find that it’s actually motivated by some other, more benign factor.

In contrast, Black anger is arrested. Black rage is executed. Black grievance is dismissed. It’s not that Black people don’t have cause to storm the Capitol and demand redress for injustices committed against us—it’s that a Black person, with or without a weapon, wouldn’t get two steps inside Statuary Hall without being gunned down by police.

Joe Biden spoke about the attempted coup and he said, “This is not a reflection of the true America.” He was wrong. White people have always been allowed to violently express dissent. The Black people pulled out of their homes and literally roasted in the New York draft riots of 1863 could tell you what a “true” reflection of America looks like, just as the Black people beaten on the Edmund Pettus Bridge could tell you. This attempt was a perfect reflection of what has always been true in America: We have one set of laws for Black people and another, more lenient set of laws for violent white people.

Trump must be impeached and removed. All of his supporters who breached the Capitol must be rounded up and arrested.

The likelihood that they won’t be is the reason this country is a failed state.

[Elie Mystal is The Nation’s justice correspondent—covering the courts, the criminal justice system, and politics—and the force behind the magazine’s monthly column “Objection!” He is also an Alfred Knobler Fellow at the Type Media Center. He can be followed @ElieNYC.] 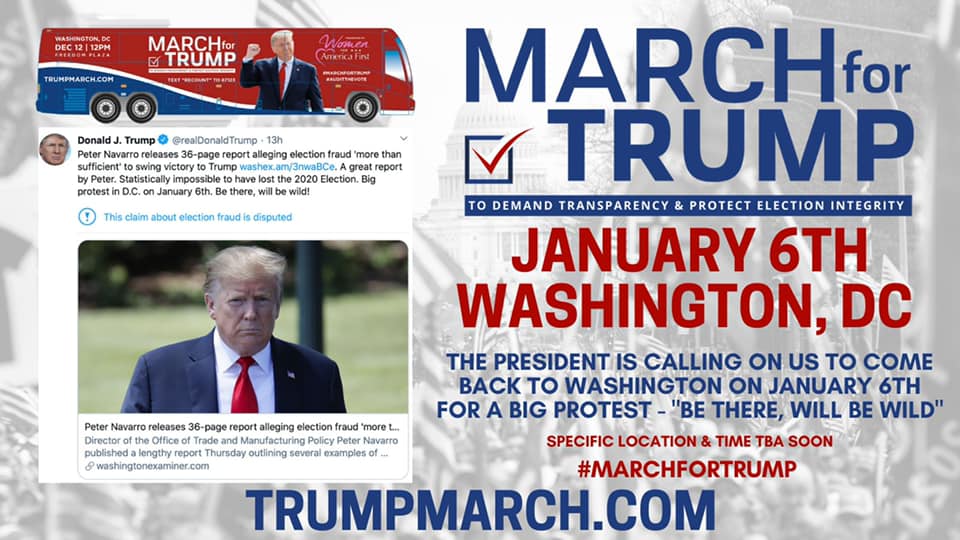