We went to Iraq thinking this shooting was some form of innocent civilians caught in the crossfire between Blackwater guards and insurgents. After only one week, we determined that this incident was a massacre similar to My Lai in Vietnam. 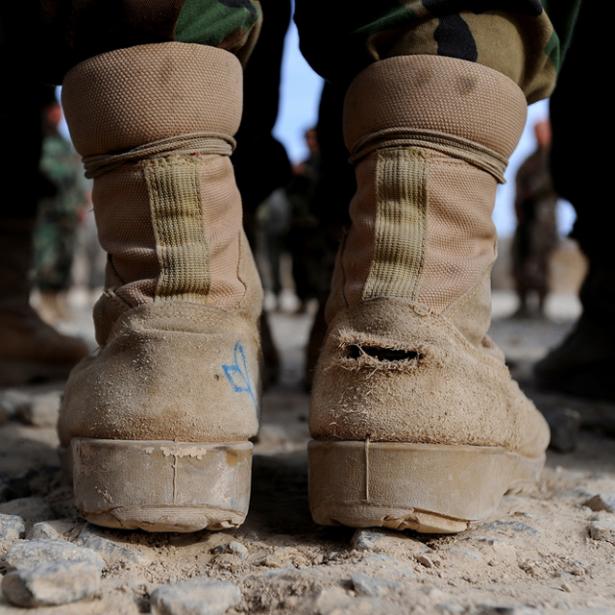 Donald Trump violated the U.S. government’s “obligations under international law” when he pardoned American mercenaries Nicholas Slatten, Paul Slough, Evan Liberty and Dustin Heard, according to the United Nations Working Group on the use of mercenaries, a division of the Office of the U.N. High Commissioner for Human Rights (OHCHR).

The four men were employees of Blackwater, a private security firm owned by Erik Prince, a loyal Trump ally and brother of Betsy DeVos, the Secretary of Education.

In 2007, the firm’s armored convoy engaged in an unprovoked indiscriminate shooting frenzy in downtown Baghdad in the middle of heavy traffic at noontime. They opened fire with weapons including machine guns and grenade launchers. They murdered 17 unarmed civilians and seriously injured 20.

The working group called on all nations that are party to the Geneva Conventions to condemn the pardon, warning that “by permitting private security contractors to operate with impunity in armed conflicts, States will be encouraged to circumvent their obligations under humanitarian law by increasingly outsourcing core military operations to the private sector.”

The mercenaries killed two children ages 9 and 11, a mother and her infant son, a 26-year-old taxi driver, a 20-year-old medical student and his mother, a car dealer, a delivery truck driver, a 77-year-old gardener on a bus, a woman doctor, an Iraqi soldier standing at a military checkpoint, a blacksmith commuting to work on his motorcycle. No Iraqis fired shots, displayed weapons or threatened the Blackwater thugs in any way.

The incident inspired at least five investigations, including one from the FBI. It was the agency’s largest, most comprehensive and expensive criminal investigation since its inquiry into the 9/11 terrorist attacks. Over 70 witnesses, including 30 from Iraq, testified in an exhausting seven-year-long legal conflict. Hassan Jaber Salman, a lawyer who survived the attack with his son, testified, “Anything that moved in Nisour Square was shot. Women, children, young people, they shot everyone.”

Nicholas Slatten was convicted of murder and sentenced to life in prison. Paul Slough, Evan Liberty and Dustin Heard were convicted of voluntary manslaughter and other charges.

John M. Patarini, the FBI’s lead investigator in the case, said he is “disgusted with the president’s actions” in a letter to the New York Times. He explained:

“We originally went to Iraq thinking this shooting was some form of innocent civilians caught in the crossfire between Blackwater guards and insurgents. After only one week, we determined that this incident was not as presented by Blackwater personnel and their State Department lackeys, but it was a massacre along the lines of My Lai in Vietnam.”

Justice Department lawyers presented evidence that “several of the defendants had harbored a deep hostility toward Iraqi civilians which they demonstrated in words and deeds.” Slatten said that he wanted to kill as many Iraqis as he could as “payback for 9/11,” and he frequently bragged about the number of Iraqis he had shot.

In a series of civil law suits, two former Blackwater employees anonymously claimed that the company encouraged the wanton murder of Iraqi civilians for “sport or game.” One of them said the firm’s founder, Prince, “intentionally deployed to Iraq certain men who shared his vision of Christian supremacy, knowing and wanting these men to take every available opportunity to murder Iraqis. Many of these men used call signs based on the Knights of the Templar, the warriors who fought the Crusades.”

This country may be dealing with more situations like this in the future. As Sean McFate argued in a 2016 article in The Atlantic, “Today, America can no longer go to war without the private sector.” He says that during World War II, about 10% of American armed forces were contracted. During the wars in Iraq and Afghanistan, that share jumped to 50%.

He warned: “No international laws exist to regulate the mercenary industry. What we’re left with: If anyone with enough money can wage war for any reason they want to, then new superpowers will emerge: the ultra-rich and multinational corporations. Oil companies and oligarchs should not have armies.”

Mercenaries can be helpful to a president who wants to wage war without any restraint. Those of us who pay the taxes fund them but they are invisible since they aren’t formal “troops.”

During the 2016 campaign, Trump suggested that he would kill families of terrorists and institute interrogation methods worse than waterboarding, which is itself a form of torture. Retaliatory executions and torture are both war crimes under international law.

After he became president, Trump ignored the advice of U.S. military leadership when he aided soldiers who were accused or convicted of war crimes in four separate cases.

Trump had promised to get us out of the endless wars. In response, Erik Prince proposed to privatize the U.S. war in Afghanistan with an army of contractors and a private air force. He also wanted to provide Trump with a private global spy network that would circumvent U.S. official intelligence agencies. Prince is allied with Steve Bannon and has intriguing ties to Russia.

Who knows what might have happened if Trump had been re-elected?

This opinion column does not necessarily reflect the views of Boulder Weekly.