The Case for a Vaccine Manhattan Project

Surveying the pandemic's death toll, those of us tasked with looking to the future are left with a nagging mental puzzle: how do we make sure this never happens again? 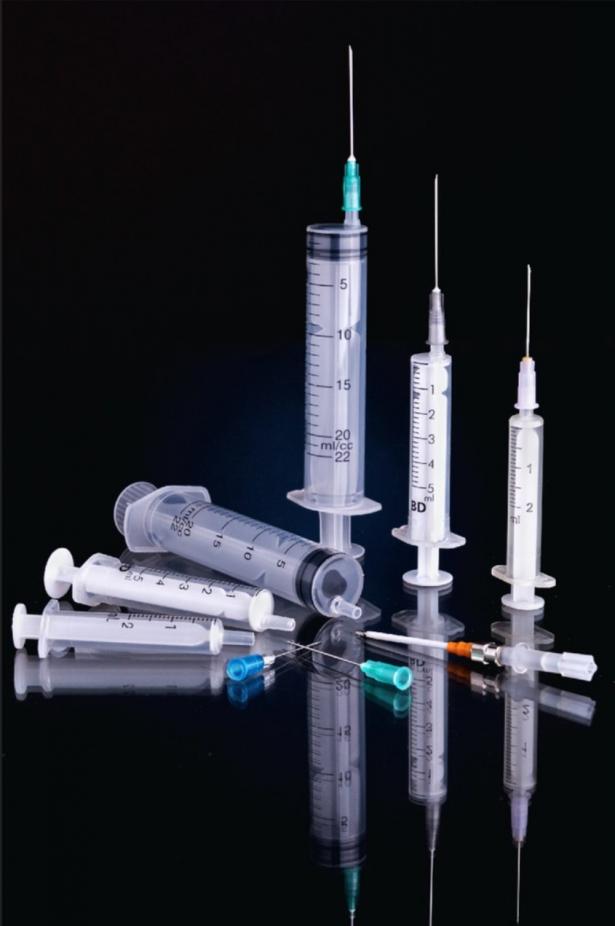 Throughout human history, the things we can see have been shaped by the things we cannot. The success of conquering civilizations was aided time and again by foreign infectious diseases brought across the ocean. But today, instead of dividing us, disease unites us.

Despite the successes of our biotech community’s response to Covid-19, the US has surpassed 300,000 deaths. Those of us tasked with looking to the future are left with a nagging mental puzzle: how do we make sure this never happens again?

The first Covid-19 vaccines were administered in the U.S a mere 9 months after the first lockdowns. In the words of Anthony Fauci, “Holy Mackerel!” Unfortunately, this will not be the last pandemic the world sees.

From Here To Cured: What Will Post-Pandemic Biotech Look Like?

Could we have done a better job of anticipating this latest threat — negating the need to start from scratch in January? Are there preparations we could take today that could save us time in future emergencies when wasted days mean wasted lives?

The world would look very different if we’d already had a vaccine manufactured and ready for trials at the first sign of trouble. Like the Manhattan Project before us, with today’s technology, there is nothing stopping us from doing this but resolve.

Pfizer PFE +0.2%, Moderna, and others leading the charge to bring a Covid-19 vaccine to market have made history with their timelines. The efficacy in preliminary trials has surprised most scientists, akin to the performance of even the polio vaccine decades ago.

These vaccines are built on what is often termed “platform therapeutics.” These represent a new type of therapy that is made from the same molecular material, but can be “programmed” by way of their molecular sequence. (I have previously examined the future impact of platform therapies). Think of your smartphone like a “platform” electronic: by loading different apps, you can transform your phone to a music player, a G.P.S., or even a flashlight, all on the same device.

Similarly, platform therapies are single molecule classes, such as viruses or mRNA, that “load” a wide variety of therapies or vaccines depending on the software we encode on them. This now begs the questions, with the ease of vaccine design almost echoing the simplicity of designing a phone app:

What if we simply programmed every vaccine imaginable?

We could build vaccines, conduct preliminary safety studies, and ready batches for an initial deployment. We could arm ourselves preemptively against pandemic influenza, Ebola virus, MERS, and others on the World Health Organization’s (WHO) list of top emerging diseases likely to cause major epidemics. These vaccines could roll directly into clinical studies the moment a threat is detected, and mass production could begin immediately.

Sure, this may sound overly ambitious at first glance. Pitching this article to some of my colleagues, I have received similar knee-jerk reactions. But I want to be clear: this is not a moonshot. We have the technology to make this a reality. The only question left to answer is: will we invest to protect our world?

In rapidly developing and deploying the new Covid vaccines, our two biggest time sinks were: 1) design and safety testing and 2) manufacturing/distribution at scale for mass production. While massive improvements to manufacturing and distribution should also be a priority, it is the former that can be attacked with investments in our current platform therapies.

Let’s consider the cost using some back of the envelope calculations. Given an operational platform, for a single vaccine, prototyping and animal testing costs $4 million and manufacturing costs of “clinical grade material” is roughly $1 million.

If we include a phase 1 (human safety testing), it runs $4 million to complete, for a total cost of $9 million/vaccine. For comparison, if we had been at this stage with the coronavirus when Covid-19 broke out in January, we would have shaved six months off our development timeline (figure above).

In that six months, the US economy lost $8 trillion (trillion with a “T”). Authorized vaccines could have been rolling out in July, rather than just picking up steam in trials. We could have been past the worst of it by the holidays.

What if we pilot this ambitious manufacturing challenge with eight of our top WHO candidates. Eight vaccines, taken through human safety studies, attempted across three platforms (mRNA, synthetic virus, DNA), have a total cost of $216 million. For context, the F-35 fighter jet program is set to cost the US $1 trillion over the course of the 60 year program. For that cost, we could develop multiple vaccines for over 37,000 viruses!

Sure, it’s not cheap. But in the grand scheme of the cost of another Covid-19, these figures look less scary. Compared to what we spend on other defense projects, these numbers look downright affordable. And perhaps that should be our thinking: defense. Not from other nations, but from invisible foes.

In fact, Kendall Hoyt argues in her progressively ahead of the curve book, Long Shot: Vaccines for the National Defense, that vaccines are defense spending.

Hoyt positions government-sponsored programs, such as those which kickstarted vaccine development during the first and second World Wars, as nucleation events for increased innovation in this sector. Indeed, the large scale coordination of biotech and government agencies in response to Covid-19 has shown that this is not only possible, but revolutionarily powerful.

“A society grows great when old men plant trees in whose shade they know they shall never sit.” -Greek Proverb

COVID-19 is not the first pandemic, nor will it be the last. Microbes have written important parts of our species’ story for more than a millennia. Rapid population growth, a warming climate, and borders that realistically exist only on paper put us all at risk for novel diseases, against which none of us have immunity.

In the face of such threats, America has an exceptional history of perseverance and of “planting trees” for the future. Let’s arm our nation — and our world — for the next global threat. The invisible particles that cause disease will continue to shape history, but we can alter the course. We can build a modern global defense more impermeable to the devastations of disease than ever before. We can unite, rather than divide, humankind.

This pandemic is a turning point. Let’s seize our generation’s opportunity. It’s time we change the role of the invisible things that write our very visible story.

Jake Becraft: I am originally from a small farming community of less than 2,000 people in central Illinois. The town is just outside of Peoria, where the world’s first biomanufacturing innovation, the mass-manufacturing of penicillin, was developed.

I left Illinois with a passion to radically transform medicine, both how we make it and how we get it. I found my way into a PhD program at MIT, and since have become a synthetic biologist and a biotechnophile passionate about increasing worldwide access to the next generation of medicine. Creating new drugs is just the first leg of the innovation process; I believe there’s not enough discussion on how we will deploy these innovations to dramatically decrease the cost and increase the scalability to bring these innovations to the masses, such as breakthroughs in biomanufacturing. I spend my days developing the world’s first programmable mRNA therapeutics for treating deadly diseases as the CEO and Co-founder of Strand Therapeutics, and dreaming of a world with access to cures.